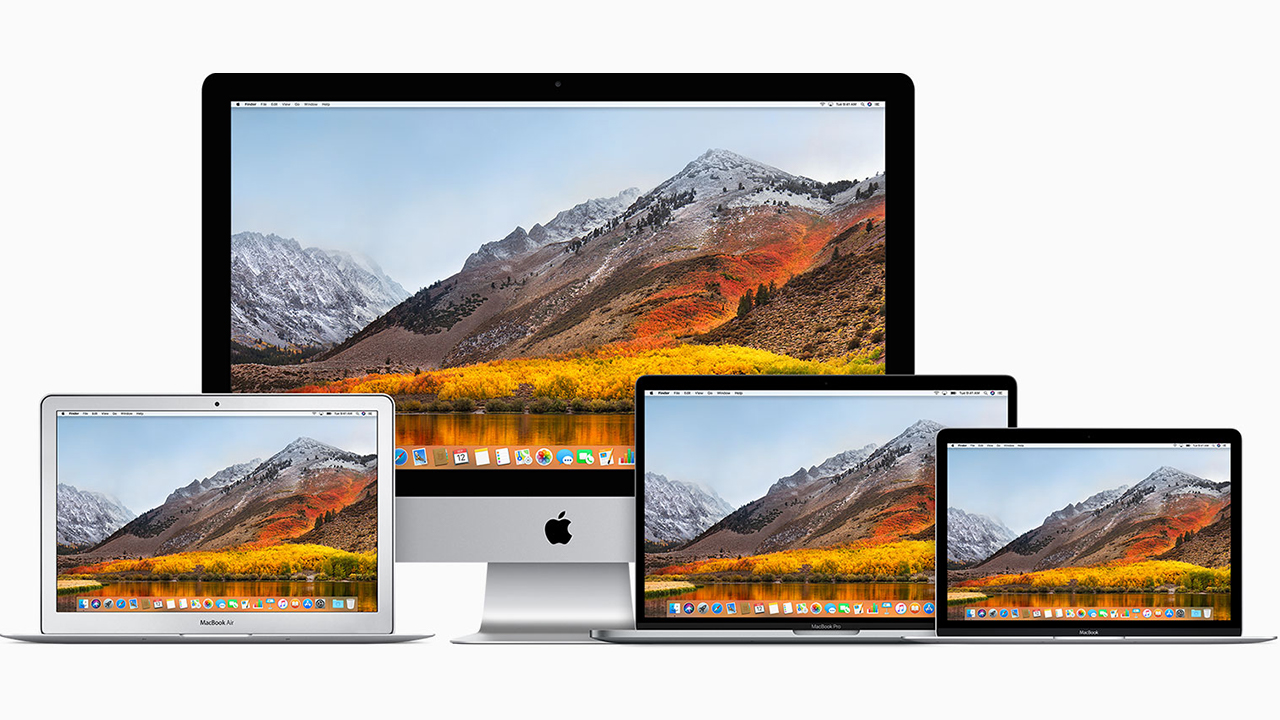 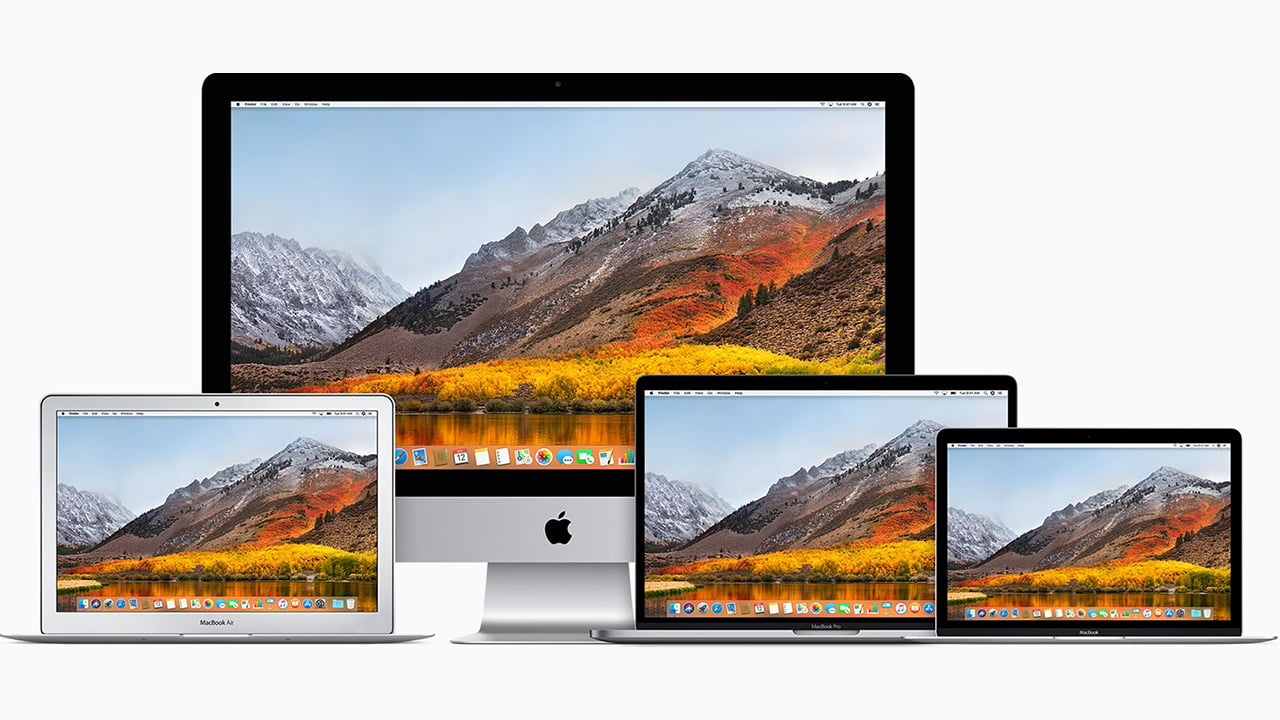 Apple’s commitment to professionals was impressively underscored at NAB18 with the reveal of ProRes RAW and yet another significant (and free) update of FCPX. That said, Apple’s future direction has become much more uncertain with official-seeming leaks about a switch to ARM, a rethink of the iOS / Mac divide and more.

Let’s begin with TechCrunch’s Matthew Panzarino being invited back to Cupertino with senior Apple executives including John Ternus, Vice President of Hardware Engineering and leads for professional video and music marketing. This was effectively an update of the April 2017 mea culpa to professionals.

The first point to be made was that while Apple had never promised the Mac Pro for 2018, the fact was it was now clear it would be a 2019 product. The delay was disappointing, but out of respect for the time-lines on which professional purchases are planned, Apple wanted to clear away any ambiguity. Anyone needing a new professional product before 2019 should be looking at the all-new iMac Pros rather than scouring forums for Mac Pro hints.

In the past such product delays have been read as Apple simply not caring all that much about the professional market. Panzarino’s visit was designed to show that simply wasn’t the case.

The new Mac Pro is now part of a much broader initiative within Apple to better understand and serve professional customers, so much so that the company has hired on permanent and contract basis a range of award-winning professionals to work on site, side-by-side with the hardware and software engineers.

“We’ve been focusing on visual effects and video editing and 3D animation and music production as well,” commented Ternus.

The idea is not simply to enable new features and higher system performance, but to achieve a smoother workflow rhythm and eliminate any disruptive bottlenecks. An example called out was a pop-up window for fine tweaks in a 3D animation program that might take 6-10 seconds due to lack of optimisation rather than lack of processing power. It’s the entire stack of hardware and software, with Ternus noting this work includes third-party software as well as Apple’s.

Panzarino’s visit included a tour of the Pro Workflow Group making full use not just of the expected iMac Pros but also MacBook Pros with eGPUs leveraging the throughput of Thunderbolt 3 and even iPads. It’s possible today to do a 4K rough cut in iMovie on iPad and then export out to Final Cut Pro on Mac. Expect more of this flexibility in future. There was also a reminder that the new Mac Pro will be a modular design and that there will be an accompanying monitor from Apple. It seems all but certain the latter will be 8K.

There is something very Apple about ensuring closest possible communication with professional needs by bringing a select group in-house and walling them off behind NDAs. There’s also perhaps a question about what other benefits might flow from such intensive and secretive research...

Panzarino’s piece was published on April 5th, so was likely written prior to Bloomberg’s Easter Monday report that the long rumoured migration of Macintosh from Intel to ARM was now a real project called Kalamata with a tentative 2020 roll-out for its first products.

The very next day, Intel rolled out news of a slate of processors that included a selection of parts many of which offered tantalising options for forthcoming Macs.

So, maybe, this was just another episode of Apple negotiating for lower prices and a better roadmap with Intel - whose share price briefly dipped over 9% on the Apple ARM news.

That said, the detail in the Bloomberg report went beyond anything we’ve seen before painting a picture of a much broader initiative to make working across iOS and Mac easier. It also admitted the switch to ARM was tentatively scheduled for 2020 but not yet confirmed.

Apple’s last processor switch ditched an underperforming PowerPC platform for Intel and x86. It was a decision presented by Steve Jobs as being all about performance per watt - particularly critical for the laptops that dominated its Mac sales. Aside from obtaining best in class mobile parts, the Intel switch brought advantages such as the ability to run Windows natively via BootCamp and made MacBooks the platform of choice for developers happy to have a UNIX derived OS and easy emulation of x86 in a single attractively engineered chassis.

The foundation of today’s macOS, and iOS, is NeXTSTEP, the UNIX derived operating system Steve Jobs masterminded at NeXT with processor portability as a key feature.

However, conventional thinking has long been that the benefits of Intel-based Macs made any switch unlikely.

Delays in Intel’s announced product roadmap, parts which aren’t a good fit for Apple’s roadmap (no support for a 32GB LPDDR4 capable MacBook processor until 2019) and a lack of steady performance improvements feel reminiscent of the situation with PowerPC before the last switch.

Macs being on the same platform as Windows PCs should mean there’s never a performance disadvantage, but the reality has long been that apart from key launches, Mac updates can lag - most notably of course the Mac mini which is now over 3 years old without an update. Compare and contrast with metronomic IPhone CPU updates and performance gains within a broader market where mobile ARM chips massively outsell Intel.

However, what may be the biggest factor is the increasing importance of co-processors and graphics processors for general purpose computing. As the blistering pace of CPU performance gains has fallen away, other solutions have come into play.

For example, high-speed biometric authentication, initially with the T1 and later T2 chip powered Touch ID. Face ID took this to a new level with a suite of sensors and AI-based logic to interpret and learn from a wealth of data.

AI-based co-processors are appearing in all the leading mobile phones, offering not just biometric support, but superior image processing and more. This logic is highly proprietary right now, so it’s not an option to build into a generic x86 Intel part. As Apple pours vast resources into iterating this technology, the comparative benefits of Intel + GPU + co-processors versus a laptop class integrated ARM SoC become harder to predict.

At the lower end of consumer computing requirements, the iPad Pro already delivers all that’s needed but it’s at the professional level that performance needs are most challenging. Bringing back professionals who’ve deserted to Windows isn’t going to be done at the margins of pricing and performance. No-one abandons an existing workflow that pays your living easily.

Despite sharing an underlying code-base, Apple has been resolute about keeping a separate UI for iOS and macOS. This has largely avoided the backlash Microsoft has endured for adding a mobile touch paradigm to a desktop OS built around the speed and precision of a mouse-driven interface.

However there are reasons to believe this is evolving.

John Guber has reported on a declarative control API which helps abstract UI elements for UIKit (iOS) and AppKit (MacOS). This could significantly simplify cross-platform development, but Bloomberg’s Mark Gurman insists this is just one part of a much bigger project to enable iOS apps to run on Mac, originally codenamed Marzipan.

This was originally rumoured for WWDC18, which is just a few weeks away in June, however a series of high profile OS bugs resulted in Apple pivoting development resources to quality control. Ambitious new features, such as a new approach to the iOS home screen which could sync nicely to a new cross-platform UI approach are now slipping to 2019.

If Macs and iOS devices are to be both running off an ARM platform, there’s a great deal of logic in making apps easier to run on both.

The strength of iOS has undoubtedly provided a halo affect for the Mac line-up, which not only frequently outperforms industry trends but also captures an outsize proportion of the profitability. However, the vast army of iOS developers haven’t used their XCode skills to re-energise Mac software development as much as might be expected. Windows itself may not threaten the Mac’s position as it used to, but cross-platform web apps may lessen customers’ willingness to pay Apple’s pricing in future.

IOS itself hosts uniquely powerful tablet apps, but for the most part they appear limited by being thought of as cutdown apps. If the notion of Mac and IOS become blurrier, that could break down this limitation. Moreover profits lost by selling just one program rather than two for iOS and Mac could be more than made up for by a far more vibrant software market overall. Best in class apps such as OmniFocus are painful to buy twice over, but wouldn’t the developer prefer to half production costs and chase a bigger market and more ambitious software?

One final part of the jigsaw puzzle of this transformation of Apple is ongoing buzz about Apple’s AR / VR headset codenamed T288.

At the end of April, CNet published a report on the T288 project we’ve covered previously while adding new details; an 8K display for each eye, battery driven with 60GHz WiGig 2.0 wireless
connection to ‘a custom Apple processor more powerful than anything currently available... In its current state, the box resembles a PC tower, but won’t be an actual Mac computer.’

Whether or not Apple can launch anything like this in 2020 isn’t so much the point as this is a pretty good picture of what all the heavyweight tech companies are aspiring to deliver. Facebook’s £199 Oculus Go and Google’s Daydream VR are just the latest iterations in a fast-moving market.

Apple has proven time and again it can deliver new technology in a way customers will buy into at premium pricing. But getting there from here needs not only breakthrough device technology (undoubtedly ARM rather than Intel-based), but a robust eco-system that incorporates professional tool sets, enthusiastic creators and a means by which to sell content. The latter (iTunes) part of that equation keeps going from strength to strength, but the weakening of professional capability had to change.

In 2017, we could be certain Apple’s high-end professional tool chain would primarily be macOS computers running on high end Intel. In 2018, that certainty is gone. Looking back at Apple’s last processor migration, it’s notable that Steve Jobs announced Apple’s switch to Intel at WWDC 2005 with first generation Intel MacBook Pro and iMacs appearing in January 2006. By the end of 2006, the entire Mac product range was on Intel and by 2009 support for PowerPC was dropped from Mac OS 10.6.

Tim Cook isn’t as well known as Steve Jobs’ for his visionary keynotes, but his peerless supply chain mastery is unlikely to tolerate too long an overlap of processor line-ups... If ARM is coming, professionals will feel concern about existing workflows already facing disruption with the coming withdrawal of support for 32bit legacy apps. The internal professional workflow group goes a long way to assuage those concerns with the promise of potentially radical performance enhancements.