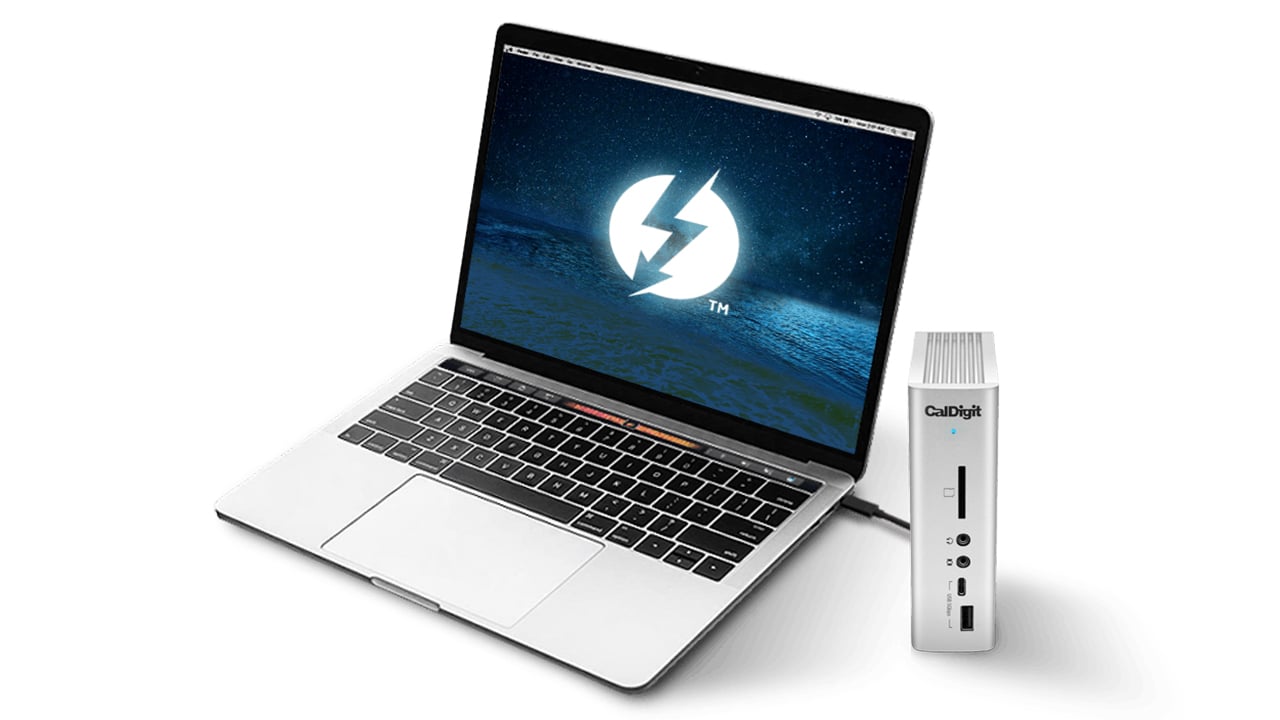 Expand your horizons with the CalDigit Thunderbolt Station 3 Plus

Review: Running out of ports to hook your stuff up to? CalDigit has the answer with the Thunderbolt Station 3 Plus.

All-in-one computers like the iMac rarely have enough ports to satisfy our needs. CalDigit’s small-footprint, cast-aluminium Thunderbolt Station 3 Plus is – what we usually call – a dock that adds a whopping 15 ports to any Thunderbolt 3 machine. The options go beyond the conventional, expanding connectivity as well as charging laptops.

I love lists! Here is the one that covers what the CalDigit TS3 Plus has on board:

All of those ports are clearly labelled and some of them are unique to the TS3 Plus – no other port dock currently on the market offers a 10Gbps USB-C and S/PDIF port, and a UHS-II card reader.

To try it all out, I hooked up the TS3 Plus to a loan MacBook Pro and to an old iMac with Apple’s Thunderbolt 3 adapter. On the MacBook Pro, the first advantage is obvious. By giving you two Thunderbolt 3 ports, the TS3 Plus keeps your net number of ports intact. The most important advantage, however, comes from the combination of its large number of USB-A ports, its SD card reader that is UHD-II compatible and its 4K-capable Displayport. Personally, I also love the addition of a S/PDIF port, but not many video editors will want to drive an external amplifier with optical input from a computer.

Thunderbolt 3’s 40Gbps capability makes this dock scream, even when I connected three or more 5Gbps USB-A devices and one 10Gbps USB-C device. Even on the iMac with only Thunderbolt 10Gbps capability, where speed should be lower, I had no trouble hooking up a USB-C 10Gbps CalDigit Tuff SSD drive, and an OWC Mercury Elite Pro Dual and a CalDigit AV Pro 2 connected through the USB 3.1 Gen.1 ports. Two of these drives were busy backing up while the Tuff was playing a music piece without hiccups using Audirvana Plus as the player app.

A Thunderbolt 3 audio interface – the Universal Audio Arrow I’m busy reviewing which has DSP capabilities that make it I/O “heavy” – hummed along fine.

A real boon, in my opinion, is the addition of the high-speed card reader. With a large number of video cameras equipped with an SD or micro-SD card slot, it’s a bit of a drag having to hook up a slow external reader with every offload. As Lexar no longer exists, their modular Professional Workflow card reader station is no longer available. I still had the Lexar UR2 module, which was a 3-slot micro-SD card reader, but that was a USB 3 reader to start with and it wasn’t very robust either as two of the reader’s slots gave up after only six months of occasional use.

The TS3 Plus card reader does require you to use an SD adapter and it needs to be a UHS-II type to get the fastest possible offloading performance. The TS3 Plus made excellent use of the Lexar UHS-II adapter that came with their highest speed micro-SD card. Offloading 5.58GB worth of video clips took only a few minutes instead of the 15 minutes or more with slower readers.

Of course, the TS3 Plus can handle two 4K/60 monitors or one 5K/60 display. It provides both Mac and PC charging at 60W or 85W. With the help of a downloadable app, Mac users can eject connected storage devices directly from the menu bar and claim back support for Apple’s power-greedy SuperDrive when it’s connected to the dock.

Finally, it’s the only dock that is small enough to be unobtrusive and that you can handle as good standing up as you can on its side. In the vertical position it is only a tad harder to read the port labels.

The CalDigit Thunderbolt Station 3 Plus retails for $249.