Do we still need physical media? 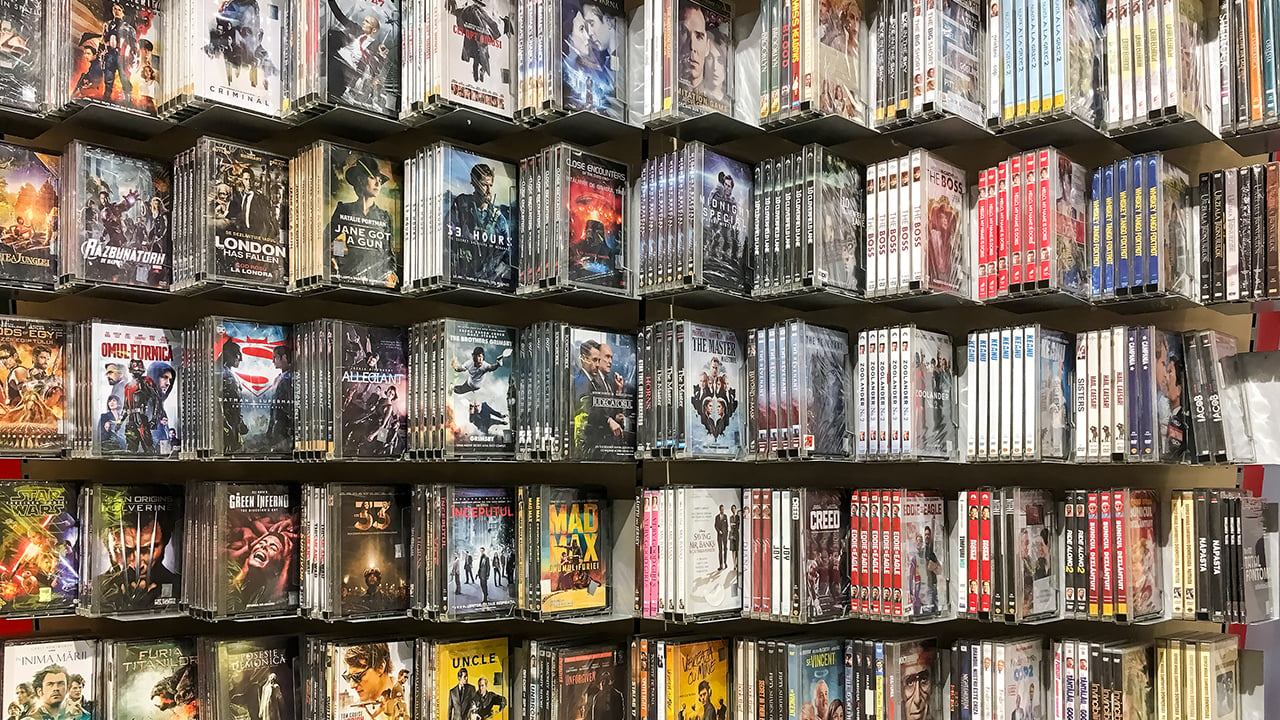 Will collecting physical media become a thing of the past?

Streaming services are often our go-to method of viewing content now. But are physical film collections a nostalgic thing of the past? Joe Foster dons his rose tinted spectacles and gives us his thoughts.

Like many home renters, sharers or lodgers (the most likely ways to be living whilst in London in the 21st Century) in my late twenties/early thirties, I'm having a clear out. Like many so-called "millennials", I grew up in a highly physical media world. A time before Netflix, Amazon Prime, iTunes etc. My DVD collection is large. Not the largest I've ever seen, but sizeable nonetheless. I'm faced with the same realisation that this collection, with numerous examples of films purchased for an average price of ten English pound-sterling or less, is now not even worth half that — averaging at around 20 pence each.

You're probably thinking that I regret buying them. Spending all that hard-earned money on something that is ultimately, in 2017 anyway, completely worthless.

In reality, though, I regret nothing. In fact, I would argue that we are living in an ideal media market...

The Beginning of Digital

My beginning of owning some sort of film or TV collection was the introduction of the exciting medium of DVD in the early 2000's. At the time, it really was the best way of owning movies and experiencing them at home. Gone was the degrading of the picture through repeated viewings, the unclear sound from recorded copies. And no more accidental overwriting of your mum's soap operas over your own recordings (this happened to me once — ruining my then only copy of The Empire Strikes Back). It was fresh and exciting. I was old enough to have my own disposable income and I was excited to own my own copies of The Matrix, The Ultimate Edition of Terminator 2 and my very first boxset — Die Hard 1 & 2 Special Edition (Die Hard: With a Vengeance was curiously absent). These movies not only looked and sounded great, but I had access to a treasure trove of behind-the-scenes info. Not only did I get to experience my favourite movies in the best possible way, but I could even learn about how they were made — inspiring me to dive into the industry many years later.

As I got older, my collection got larger. It was almost like an addiction. I knew that these items would eventually become worthless but, to be honest, I couldn't care less. I was doing it because I loved movies and TV shows, and that was enough. Whenever I moved, my collection moved with me. There was always something to experience, wherever I ended up.

Adding to this sizeable mass was the introduction of the Blu-Ray format. Initially, I was sceptical, but fell in love with the lovely 1080p picture. In fact, Blu-Ray has become my go-to platform and I haven't actually purchased a DVD for many years.

Then along came online streaming and on-demand. Bar the previously mentioned special features, this new method would satisfy my library and accessibility fixation. My purchases declined. It took a while to get going, but now the digital landscape has exploded. iTunes, Amazon, Netflix, Mubi, Wuaki, Talk Talk TV Store, Virgin, Sky, the list goes on and on — and these are just examples that are available in the UK. Already I find myself selecting the desired movie on NowTV quickly, even if I might already own the disc somewhere on my shelf. I'm less inclined to purchase the complete season boxsets, knowing that I have access to them on Netflix without any concern of shelf space, dust or even swapping discs over (or having to endure those bloody advertisements and piracy warnings). There are disadvantages. I rely completely on an internet connection to enjoy content, and compression artefacts do show sometimes whilst streaming — not a deal breaker by any means, but they still can't touch Blu-Ray.

Also, streaming services have a habit of removing titles without much warning, even titles that I own. This happened to me recently with an iTunes copy of "Rise of the Planet of the Apes" that I had acquired via a code that came with a Blu-Ray purchase. It was no longer accessible from my downloads history. When I enquired, it turned out that 20th Century Fox had pulled the plug on that so-called "version" of the movie. There was nothing I or even Apple could do. It’s very annoying that this can happen without any warning.

Looking back, I was filling a void that has now been filled by services such as Netflix, i.e. unlimited access to different kinds of movies and shows whenever I wanted — something I had never had before DVD. If these services were to have been accessible much earlier in my life, I wouldn't have felt the same desire to have a large library. There is, of course, the ownership factor to consider. No matter how convenient streaming and on-demand services are, there’s still the joy of owning a physical copy. A lovely box set of a beloved series on pristine, shiny Blu Ray is still preferable to owning copies on iTunes — and is sometimes cheaper too.

Earlier I mentioned that we're living in an ideal media market. This is because we have so much choice and flexibility now. I used to think that I needed to choose a side — staying with physical or selling it all for pennies and get with the new digital times? In reality, I've realised that I can truly have the best of both worlds. Streaming services negate my need for a large physical library, meaning quicker access for impulse viewing, portability and satisfying my viewing curiosity. On the flip side, physical Blu-Rays are an affordable (they have come down in price massively thanks to digital and the slow emergence of 4K Blu Rays) but satisfying way of having particular favourites in higher quality with a nostalgic feeling of ownership — which can't be taken away from any studio. Thanks to streaming, I am much more selective in purchases, which saves me money as well as shelf space.