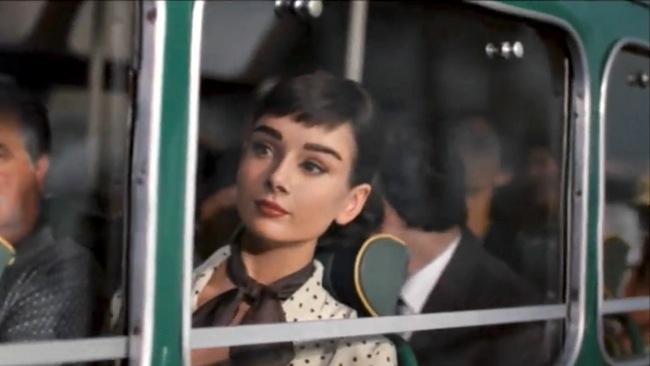 Well, it's started. They're bringing dead actors back to life

We've recently seen a CGI Marylyn Monroe cameo in a Dior ad, and now, pretty convincingly, we have Audrey Hepburn, starring and absolutely owning the screen in a Galaxy Chocolate advert, apparently with the approval of her sons Sean Ferrer and Luca Dotti, who said that their mother would be "proud" of her part in promoting this particular confection.

Look very closely at the video? It's very good, but is it totally convincing? Almost. Would you want to watch a whole movie based on this technique?

Maybe it would be better to make use of the abundant talent that is still, you know, alive? Or is that missing the point completely.

This type of thing raises so many questions.

Anyway, congratulations to Framestore for their CGI Skills, and we have to agree - it's a great-looking film.

Here's the how it was done, in Framestore's own words (from their website).

Described by Framestore’s VFX Supervisor, William Bartlett, as being “very much on the edge of what’s possible”, Framestore has used pioneering VFX techniques to bring the benchmark of beauty, Audrey HepburnTM, back to the screen, with every shot of the icon in this campaign for AMV BBDO and Galaxy chocolate entailing full CG face replacement. The project also saw Framestore reunited with Rattling Stick director, Daniel Kleinman, after collaborating on Skyfall’s stunning opening sequence.

The process started with an exhaustive search for the perfect Audrey HepburnTM double. The hope was to find someone who could give Kleinman the performance that he needed, and ideally to share as many of her features and characteristics as possible. Framestore then completed a round of extensive pre-shoot facial scanning at its in-house Capture Lab in order to deliver the complexities demanded by this project. This included a FACS (facial action coding system) session that allowed the team to record more than 70 possible muscle movements and capture high resolution textures for building their CG AudreyTM.

Once this groundwork had been completed, the shoot then took place at various locations along Italy’s Amalfi coast. VFX Supervisors, William Bartlett and Simon French, were both on location alongside key members of the Capture Lab team to make sure all necessary tracking and lighting data was collected. Witness cameras were used to cover action from multiple angles allowing the team to obtain an absolutely perfect track of the actress's face.

After the shoot, Framestore set about building a facial rig using the FACS head scans as reference for the multitude of shapes the human face can achieve. For each of these shapes, combinations had to be carefully created to allow the face to blend convincingly between expressions during the animation process, which was pivotal to authentically reconstructing the actress’s face. Facial scanning usually provides exact shapes of the person who needs to be recreated, but in this instance, the scans only provided a template based on the double who, although she looked similar to Audrey HepburnTM, was nonetheless a different person with different nuances.

The 3D team built the model of HepburnTM, making use of the star’s entire feature film catalogue, plus all available press and documentary photographs as reference. However, as there was no technical lens information or measurements available for such old footage, it was quite an inexact science, involving tirelessly tweaking to refine the model from every possible angle.

The next big challenge was the look development process which aimed to perfect the complex look of human skin. The team chose to adopt a brand new renderer, Arnold, which had not been used on such a big production in commercials before. This renderer was designed to simulate very accurately the tracing of light, and enabled the team to perfect the soft, translucent feel of real skin. Rendering in Arnold, however, also entailed adopting a completely new fur system for her eyebrows and the soft ‘peach fuzz’ on the face that breaks-up the perfection of a raw CG render.

The biggest challenges in recreating an authentic and unmistakable Audrey HepburnTM proved to be the eyes and smile. Although the actress was cast for her eyes, and originally the team had hoped to use the real eyes and build the CG face around them, as post-production progressed it became clear that recognition was key to the success of this ad and, close though the actress was, full CG was the only way to get it right.

Similarly, the team worked tirelessly to recreate the icon’s signature smile, with a team of four animators hand animating carefully posed expressions in every shot in order to bring the star to life - as CG VFX Supervisor, Simon French, explains: “It is amazing how unique and how recognisable a person’s smile is. When you see it in this detail, it really needs to look perfect.”