Why the Pimax 8K headset could be a future game changer 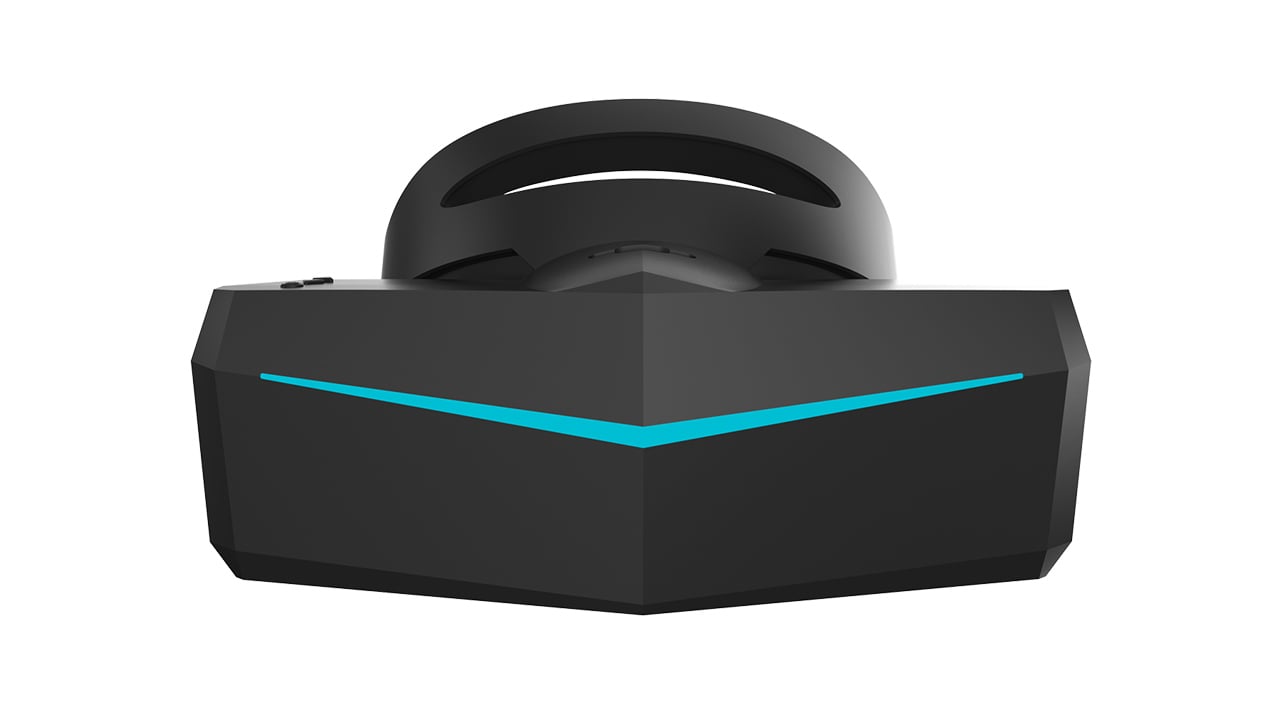 Could the Pimax 8K make the established players worried?

Successful kickstarter projects may be a rarity. But it would seem that the Pimax 8K VR headset is one project that is bucking the trend could offer real competition and innovation to boot.

But, every once in a while, an absurd sounding promise from an unknown manufacturer actually seems to pan out. Enter the Pimax 8K VR headset.

The new Pimax 8K headset makes a lot of promises. Among them, the headset promises to eliminate the screen door effect of existing headsets while nearly doubling the user’s field of view and reducing motion sickness.

On September 19, Pimax launched a Kickstarter campaign with a goal of $200,000, which it was able to reach within the campaign’s first few hours. At the time of this post, the campaign had raised more than $1.7 million from around 2,700 backers.

Although that’s certainly impressive, what’s more impressive is that, since CES 2017, Pimax has been showing off and shipping out its 8K headset to reviewers and what we’re hearing back is overwhelmingly positive: the Pimax 8K HMD truly feels like a next-gen headset.

The Pimax 8K isn’t actually 8K. Instead, the headset is equipped with two 4K screens for a total resolution of 7680 x 2160. Although some would argue that the headset’s name is misleading, and it is, it’s still a drastic improvement over many other high-end HMDs.

The Pimax 8K also uses CLPL, or customized low persistence LCD panels rather than the OLED ones used in the Rift, Vive and Playstation VR. Essentially, the use of CLPL displays means a higher pixel density at the same cost with a slight loss of contrast and color.

However, it could be argued that those sacrifices could actually help to eliminate some issues with today’s VR headsets. Pimax said its use of LCDs is aimed to drive down response time and achieve low persistence to reduce motion blur.

Already, testers have said Pimax 8K has significantly fewer issues with god rays, ghosting (slow transitions between highly contrasting colors), and screen door effect (where the viewer can more easily discern sub pixels), all of which can contribute to a loss of immersion.

Speaking of immersion, another key feature of Pimax’s 8K and even 5K headsets is their field of view. Both headsets boast a 200-degree-FOV, which is nearly double that of both Rift and Vive (110 degrees).

Humans’ natural field of view is around 220 degrees, so the Pimax headsets feel much more realistic. After using the Pimax headsets, many testers said going back to HMDs with more narrow fields of view felt like watching the world through a scuba mask or ski goggles.

But, it’s definitely worth mentioning that, although the extended FOV offers a more immersive experience, there’s going to be some compatibility issues with existing content.

For content build for a 110-degree FOV, the Pimax headsets stretch them to fit their 200-degree FOV. That’s like watching a 4:3 movie on a 16:9 screen. The middle will look great, but there will be distortion at the edges.

Some testers said this was a pretty significant issues, while others said it was minimal or didn’t even mention it. That’s understandable, because it depends on the content.

Of course, as more headsets begin to offer a wider field of view, more content will be optimized for those specs. But, it could be a bit rough around the edges (literally) in the interim.

To deal with this, Pimax is considering letting users choose their FOV so certain games and experiences won’t be distorted.

One thing the Pimax 8K will have in common with existing headsets is its 90 Hz refresh rate.

But, Pimax is also employing a software technique they’ve dubbed “brainwarp”, which renders a 4K image on only one of the displays at any given instant, approximately 150 to 180 times per second. This is fast enough that we won’t be able to perceive that one eye is essentially blind for an instant (hence, brainwarp), but requires very accurate synching and could actually contribute to ghosting and smearing issues while you move. However, most users say the ghosting and smearing is actually a lot better for the Pimax headsets than comparable high-end headsets.

The goal of brainwarp is to boost the headset’s refresh rate, reduce latency and decrease GPU, which is extremely important, given how graphically demanding that high of resolution can be on your hardware (some testers did experience lower frame rates and even inconsistent frame rates, which can lead to motion sickness).

Right now, the headset is designed for a 4K input (or less) and upscales the signal to 8K internally, which means your PC could get away with using an Nvidia GTX 980 or GTX 1070 without any screen door effect. The one-step-up headset, Pimax 8K X, accepts a true 8K input, but requires an Nvidia GTX 1080 Ti or the next-gen Nvidia Volta.

Both headsets, however, require two DisplayPort connections, whereas Vive and Rift only require one.

The headsets are compatible with a wide range of accessories. For starters, they work with both Vive controllers and Valve’s Lighthouse tracking solution (currently only compatible with the HTC Vive).

But the modular HMDs will also be compatible with a wide range of accessories, including inside out tracking, eye tracking, wireless transmission and even scent accessories.

“More comfortable than it looks”

With the above specs, it’s no surprise that Pimax headsets are bulky. So bulky, in fact, that they make some soon-to-be released slick headsets like the Asus Mixed Reality headset look almost sexy by contrast--almost.

Despite the bulky appearance, the Pimax 8K weighs about the same as the Oculus Rift--one pound--and less than the HTC Vive, which means less face droop and less jostling and bobbing when turning.

Testers said the headset was lighter and more comfortable than it looks. You can even wear glasses inside the headset (or you can order prescription lenses).

Early versions don’t yet allow users adjust the interpupillary distance (IPD) between the lenses, but Pimax said the final version will have this very important feature. Some users said the headset’s low binocular overlap was uncomfortable after a few minutes in the headset, but the upcoming IPD adjustment could help.

Should you buy it?

Although Pimax is by no means an HMD newbie--it shipped more than 30,000 units of its 4K HMD - an unknown headset manufacturer upending well-known companies like Facebook, HTC, Windows and Sony will not be easy. But, it isn’t unheard of, especially in a market where an unknown camera company (Insta360) built a $3,500 360 camera that became known as the 2.0 version of Nokia’s (at launch) $60,000 OZO camera.

Pimax’s angle is that it’s taken too long for some of those manufacturers to iterate and too long for others to get into the game in the first place.

There’s also another very important distinction: who these new headsets are marketed toward.

Oculus has been splitting its time developing its Santa Cruz headset and its affordable standalone Oculus Go headset. Windows Mixed Reality headsets are aiming to make VR more accessible, easier and useful for a wider audience. Both of these moves aim to grow the total number of HMD users.

Pimax 8K won’t do that. Or, at least, not directly. Unlike Oculus or Windows, it doesn't care if my mom or my best friend buys their headset. They want me, and people like me, to buy their headsets.

And, if we do, it might give us the push we need to elevate our resolution game and start future-proofing our content, because the future is coming fast.

Is the Pimax 8K an industry game changer? I don’t think so. I think it’s gen 2, only a bit early.

And, if other HMD makers were smart (and I think they are), they’ll pay very close attention to the heated discussions about Pimax 8K’s features happening on Reddit comment threads and beneath articles like this one and pre-empt these issues on their own 2.0 headsets.

After the Kickstarter closes, the headsets will be available on Pimax’s website and on Amazon.