The iPhone X is a quantum leap in technology 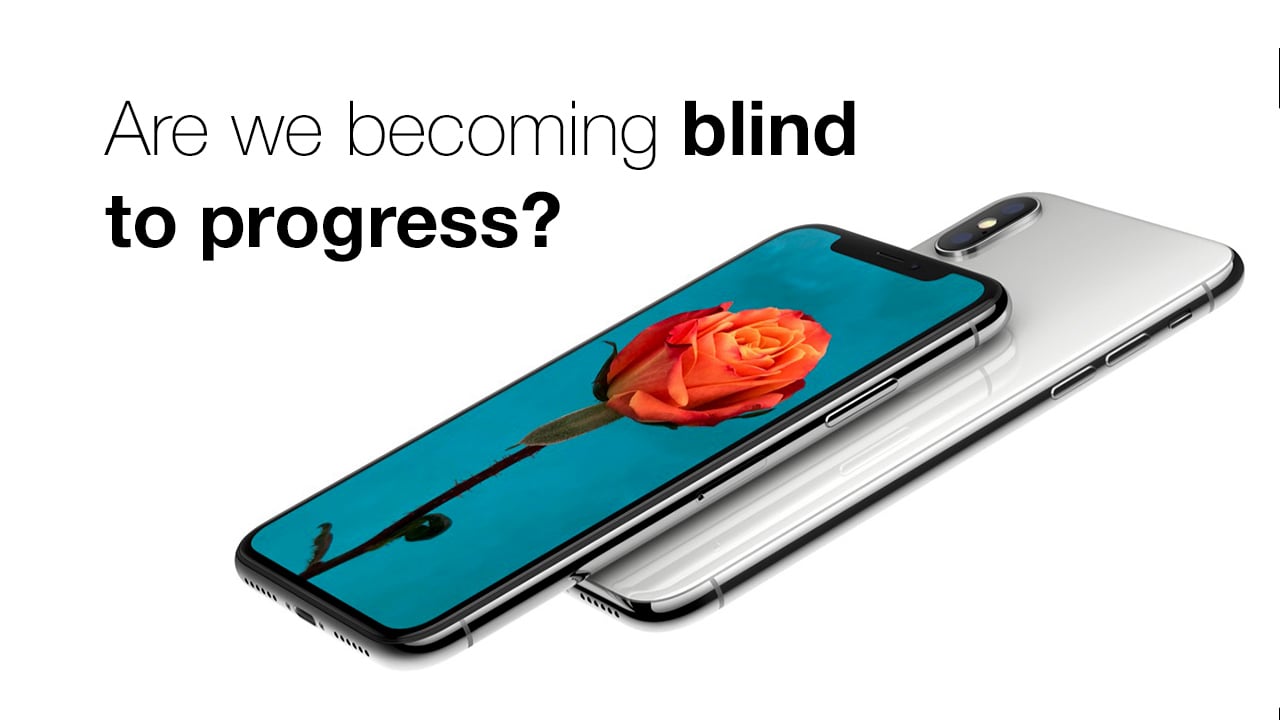 Phone technology has come on leaps and bounds in recent years. The fast pace of change has meant that sometimes we become blind to the astounding developments that are being made year on year. Are we becoming blind to progress?

Shortly after the iPhone 10 was announced, I started hearing comments like “it’s just more of the same”, and “Apple doesn’t innovate anymore.” But it didn’t seem like that to me.

It’s very easy to get normalised to a very fast rate of change. But a new product that’s superficially similar to previous ones can mask significant improvements under the hood.

For example, I calculate that the iPhone X is around 300 times more powerful than the original iPhone from ten years ago. That’s 300. Not twice as powerful; not ten times (which would be impressive) and not even 50 times (which would be incredible). Three hundred times. It’s almost beyond belief. That feels like the singularity to me.

Note that I say “more powerful than” rather than “times faster than”, because it’s hard to talk in terms of speed. The speed of what, exactly? There are multiple chips in the new smartphone that work together. There’s the CPU, of course, but there are a GPU and a chip that does image recognition. It’s very hard to assess the capability of this chip, but the fact that it can process enough data to recognise a specific face almost instantly from a 3D mesh means that it’s far from a trivial addition to the chip family on board this device.

And don’t forget that the iPhone 10 is now as powerful as a mid-range laptop. It has to be. It has to easily power a screen with a bigger resolution than most computers.

Why does this feel like the singularity? It’s because it surprises us. It means that the upwards curve of technology has almost gone vertical from our point of view. We have lost our intuitive ability to predict what’s coming next. This would not seem the same to an Apple engineer who has been working on this chipset. But to us, it’s almost magic.

(There are other definitions of “singularity”, but this is the one I prefer.)

If I had told you ten years ago that a telephone would be able to scan your face with thousands of infra-red dots and distinguish it from a million others, quickly, accurately and consistently, you’d think I was talking science fiction. But now it’s a commercial product.

(I’m aware that there was an apparent failure of face recognition in the Apple launch presentations — and almost everyone points to this as an example of flaky technology — but that incident wasn’t what it seemed. What actually happened was that a stage-hand had turned the phone off at some point and it was simply doing what all iPhones do when they’ve been rebooted: asking for a PIN.)

That seems like a big leap to me. It’s one thing to do it in a lab; it’s quite another to include it as a feature on a product that’s going to be for sale on every high street.

That feels like the singularity. This is neither more of the same nor merely incremental progress. This is a big step change.

Finally, the first iPhone couldn’t shoot video — even bad video. The iPhone X will be able to shoot 4K HDR video with dual optical image stabilisation and with the right lighting and rigging, you’ll be able to show the results in a cinema. This is a mere ten years after the first iPhone appeared, which itself looked like it had fallen from a flying saucer.

No, it’s not going to be anywhere near as good as cameras costing $40,000 with massive cinema lenses, but the fact that we’re even having this conversation feels like the singularity.

And if this is what’s happening today, where are we going to be in ten year’s time? I don’t know. We can’t predict that far ahead. Would we have predicted the iPhone X ten years ago? No. Absolutely not. We were still gobsmacked by the iPhone 1 which seemed as futuristic then as the iPhone X seems now.

At this rate, in another ten year’s time, the iPhone 20 will be 90,000 times more powerful than the iPhone one. Think that’s unlikely? Think no one will buy an iPhone then because it’s the most expensive phone ever?

Actually, it’s not. In 1989, I bought a cellular phone that had no colour screen, no internet connection, no camera and no texting. It was a cutting-edge model and cost me £3,000.

But that’s not the point. The real point is that, all around us, technology is improving faster than we’re intuitively aware that it is. This doesn’t happen everywhere — it certainly isn’t with batteries — but where it is, it’s enough to make a radical difference.

Especially with phones. These are computers that we take everywhere with us. And we’re losing the ability to predict where they’re going next.