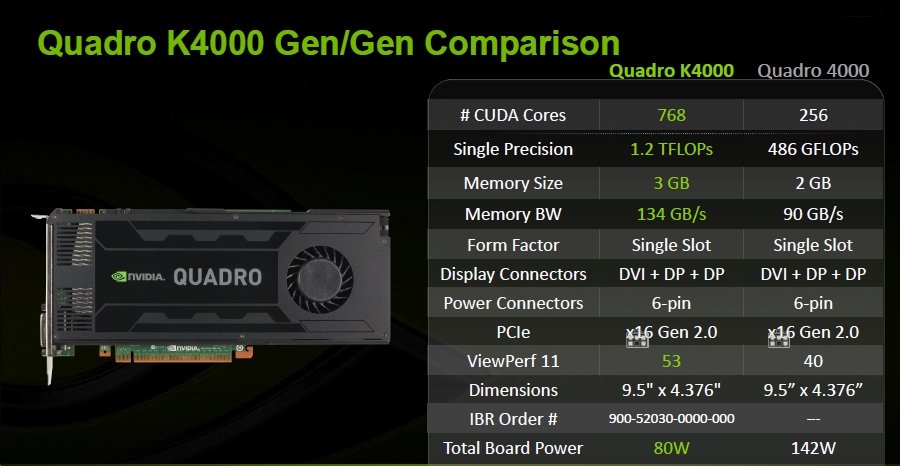 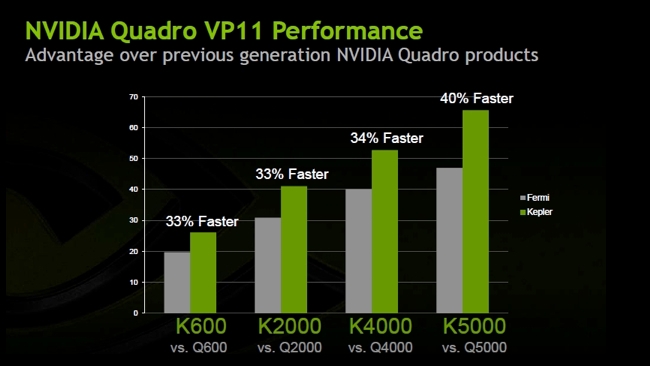 An Nvidia hardware launch is always a reason to get excited, not least when it is their professional GPUs that are being launched. These cards – the Quadro family, only appear once in every two years or so, so when they do, it tends to present us with a significant jump forward, both in terms of features and performance. RedShark contributor Oren Paynton reports

Today’s Kepler launch is no exception. Kepler family GPUs have been around for a while in the consumer market, and one Quadro card, the K5000 has been with us for a few months already, allowing us to get a feel for the technology. The new cards in the range – the K600, K2000 and K4000 are launching today.

With the launch of the three new cards, it is becoming evident that what we have already seen with the K5000 is also being repeated lower down in the range. The new family of cards offers increased performance (by about 35% typically), larger frame buffer (about double) as well as lower power consumption (40% down for the K4000!). There is also the much awaited support for up to four displays (apart from the K600). 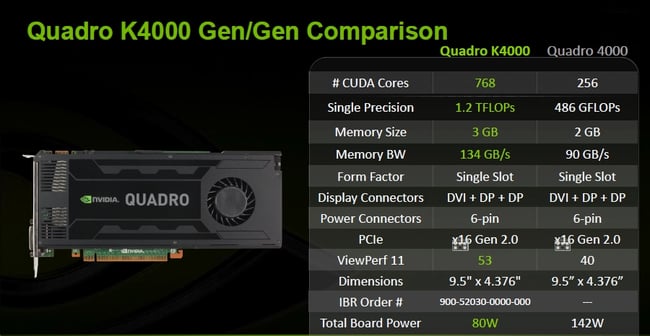 As with most pro grade GPU launches, it will take a while to gain the full certification and driver compatibility with all applications, but in this case, much of the work has already been completed. Sony, Blackmagic and Chaos have already certified for the new cards, and Adobe will of course soon release the new Creative Suite version to support them. Autodesk is in the process of certifying the new cards and will probably approve them this month.

You don't have to wait to buy these new cards. UK component and system supplier Scan has them available from 2:00pm Tuesday, UK time.