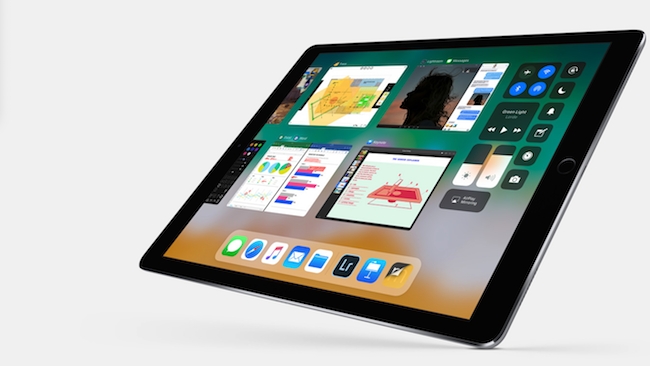 iOS 11: it's currently on the unstable side but it shows promise

After a barnstorming WWDC demonstration of iOS11’s transformative potential on iPad, a developer-only beta has been followed up by a public one. K Stewart sees whether the promise of the slickly edited demo bears out in reality.

The answer is basically: no, not yet. Mainly this is because this is a beta, buggy and feature incomplete, with its full potential dependent on developers updating their apps to make best use of it.

Moreover, while iOS 11 may steal ideas from macOS such as the dock, drag and drop and spaces, they’re re-imagined to suit a touch-first interface. The new interface paradigms are more powerful than the old, but it takes time to learn them.

Make a back-up. Most crashes are an inconvenient quick reset. But you may need DFU to wipe the device and reinstall iOS from scratch. Plus you might just find the instability doesn’t suit you. You should also remember iOS 11 permanently ditches support for all 32bit apps. Check you’ve not got any critical information in a 32bit app because they won’t be coming back - notable examples being Apple’s Bento database app and Circus Ponies’ Notebooks.

A few hours before WWDC opened, a leak of the Files app icon immediately made it clear to iOS devotees that they better pay attention. iOS 11 was going to be big news. Which it is, but there’s an irony in Files being one of the most incomplete features right now.

iCloud Drive launched in iOS 8 with a simple interface for certain file types stored in iCloud. It was useful but limited. iOS11’s Files offers a far richer interface alongside promised support for third-party apps and on-device storage. Unfortunately, at the time of writing Dropbox has yet to be added while OneDrive and GoogleDrive aren’t fully functional. You can view the files they contain, but app associations need work - clicking on a Word doc may trigger another compatible app rather than Word itself.

Right now, Reddle’s Documents file manager is far more robust and functional. It not only aggregates all the usual cloud providers but allows access to content on NAS drives. That said, we’ll have to wait for an iOS11 update to see if it can support system-wide drag and drop.

This has been a long time coming and has real elegance. It’s not just one item either. Long tap on one file to make them all wiggle, then tap on others for a collection of items to move in one go. And when moving, you’re not limited to what’s on screen. While one hand holds the files, your other hand could do a gesture to go back to the home screen and navigate as normal until you see the destination where you want to drop the files. It’s a very cool concept, but how destination apps react is dependent on developers.

Apple’s own Pages, as an example, doesn’t like JPEGs being dropped directly into a page. However, if you go to the old insert function, the JPEG is held in a kind of cache ready to be dropped in. Presumably, this will be fixed by the Autumn release of iOS 11. Notes, by comparison, takes a dropped image directly - continuing its transformation from a Comic Sans joke to a MVP of the iOS eco-system. Tapping on the URL of a webpage in Safari, then dragging and dropping into a Notes, or Mail, and seeing a preview of the webpage auto-generate is cool. All the more so, since iOS can by iffy on basic copy/paste even in 11 (it’s usually safer to cut a URL rather than copy for whatever reason.)

In iOS 9, we got split-screen and pop-over (floating) multi-tasking with two apps. Selecting apps was a pain, however, with the App Selector offering up most recent apps and then an alphabetical arrangement of all other apps. It made a powerful case for deleting as many apps as possible.

iOS 11 rethinks this completely. Flick up from the bottom of the screen to activate the dock, which on a 12.9 iPad can contain up to 15 apps plus your 3 most recent apps. You can also swap out any of those apps with a folder of Apps, so it’s entirely possible for the dock to contain all your apps. Unfortunately, this is currently quite buggy and it’s unclear if you’ll be able to launch an app directly from a folder into split screen mode.

If you’re using a keyboard, command and space will bring up search and you can drag down any app from the search function to multi-task with.

A floating app can be flicked to sit on either the left or right of the screen, popped up over the existing content. A second split screen app is always on the right, but you can vary its size. By touching the grey bar at the top of the app, you can move the app between states - including closing it by sliding it off screen.

Even more impressive: iOS 11 remembers the split screen status of apps when you exit them, so you could have multiple split-screen set-ups and move between them at will.

The screenshot function on iOS has always been useful, a simple key combination to grab what’s on screen and drop into your camera roll. On iOS 11 the latest shot automatically appears in a small pop-up window, easily dismissed or opened with a full suite of mark-up tools to crop, add text or draw upon. Whether you’re marking up a sophisticated web design or simply circling text in an email exchange, whether you’re using Apple Pencil or your finger to draw with, this is a great feature and one I miss when working on a Mac.

iOS8 introduced h.265 for FaceTime, but with iOS11 it becomes the default for all videos and images shot on the device. Unsurprisingly, for a consumer-oriented platform, the default implementation prioritises storage space over quality - typically a 50% reduction in storage space while maintaining quality. This magic requires more processing power, but Apple’s market-leading custom silicon is more than adequate to the task. What’s unclear right now is to what degree h.265 will be supported with third-party apps. iOS 11 automatically down-converts to h.264 and JPEGs when sharing with other people.

The failure of Android to mature as a serious tablet OS means iOS’s primary competitors are ultra-thin laptops with macOS or Windows, plus the web-apps based Chrome. Or put another way, amateur hour is over and now that the iPad Pro range being marketed as laptop replacements, Apple needed to get serious.