It really is time to stop talking about UHD 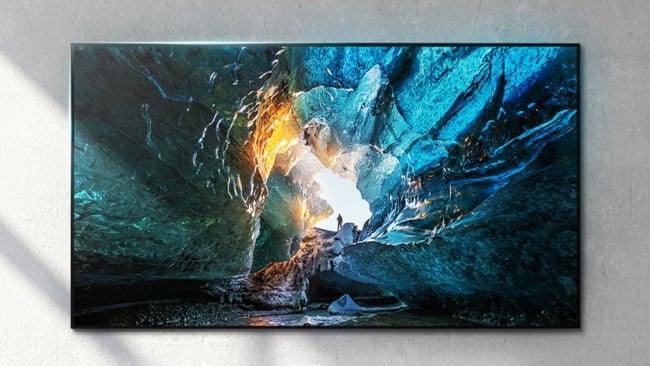 Is it time to stop referring to this as UHD?

The term UHD doesn't help anyone… There’s no big revelation here. No massive paradigm change in technology. No seismic shift in our understanding of the universe. Just a slowly dawning realisation that something I’ve been saying for a long time has just been proved to me without a doubt.

And that is that we should stop talking about UHD. It’s fake news! it’s an unnecessary marketing term! It doesn’t give us anything that we don’t have already.

Yesterday, I had a phone call from Virgin Media, our local cable provider. They’re going to replace my current set-top box with a new one. I haven’t gone into the details but the old one was HD and you could only record two programmes while watching a third. The new one apparently is much faster, can record six programmes at once while you’re watching a seventh (happens all the time, of course), and you can watch your stuff via WiFi too, or something like that.

Well, that’s very good news, because it’s way beyond time: I should have upgraded to a 4K TV anyway.

But wait a minute. What about UHD? The Virgin guy didn’t mention UHD.

That’s because he didn’t have to. Nobody uses that term anymore. It never actually caught on. All it ever did was cause confusion. (“I’ve got a UHD TV but it doesn’t say it does 4K…”.)

There are those who argue, with some justification, that UHD and 4K mean different things. That 4K means strictly DCI 4K, which is ever so slightly wider than UHD-flavour 4K. But that’s hardly the point. There’s little sense in arguing about technicalities when the consumer world has decided what 4K means and have almost certainly never heard of DCI 4K.

And you know what? Those consumers are right. You can’t blame them for being imprecise in their terminology. I would be if I was talking about knitting or sheep husbandry. I know the difference between a sheep and a cow, but don’t ask me to go into details. 4K does the job.

You could call this mass ignorance, except in this case, it’s arguably mass wisdom. 4K is a much better term for a TV picture that has four times the pixels of HD. Having a number in the expression has a mnemonic effect: much needed when you’re talking technology to consumers.

And 4K is, in a sense, future proof because it can easily be upgraded to 8K, just by saying it.