Why Apple still matters to professionals 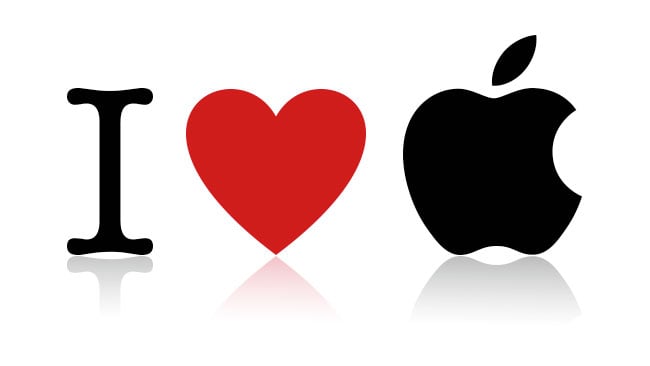 Ding exactly what it say not the tin...

There has been a lot of Mac-bashing in the industry lately. Russel Fairley mounts the case for the defence and points out that they're powerful enough for most jobs, and, beyond the excellent design aesthetic and build quality, they simply work time and time again. And as for the OS...

Macs and PCs have done battle since the heady days of Jobs and Gates, sparring over performance, cost and usability. Until recently, there has been a single race the folks in Cupertino have held the title for without a challenge and that is in the “gotta have it” factor. Apple machines have been the go-to for creative professionals for ages and in recent years have been the go-to for just about anybody looking for a drama-free user experience. A string of successes from iPods to iPads has turned the Apple logo into a cultural icon and a status symbol. The symbol said: “I pay more for a better experience.”

The experience on the professional creative side, however, has been stagnant for quite some time. A handful of factors, importantly the loss of Apple leader Steve Jobs, the relative disregard for Pro-specific machines and the advent of Windows 10 have combined to create the first tipping point in the pro market for some time. Just as pros welcomed Premiere Pro when Apple jumped from Final Cut Pro 7 to FCPX, pros are taking a second look at Windows hardware and software — and they’re liking what they’re seeing.

So what about the poor old Mac? Some say to heck with it. They cost exorbitant amounts of money, aren’t modular or customisable to the extent of Windows-based machines, and they are locked into Apple’s ever-enveloping software environment. It’s a closed, expensive, off-the-shelf machine, regardless of the model.

And what about this all-new Mac Pro Phil Schiller, Apple’s SVP of Worldwide Marketing teased? From the sounds of things, Apple has decided to take the time to build something that’s incredible instead of simply rushing something shiny or gimmicky (I’m looking at you, Touch Bar) to market.

“With regard to the Mac Pro,” Schiller said, “we are in the process of what we call ‘completely rethinking the Mac Pro’. We’re working on it. We have a team working hard on it right now and we want to architect it so that we can keep it fresh with regular improvements. We’re committed to making it our highest-end, high-throughput desktop system, designed for our demanding pro customers.”

Could it be the one we’ve all been waiting for? Is it too little, too late? Only time will really tell, and possibly quite a bit of time. Rumours put the potential release of the newest Mac Pro toward the end of 2018 or even spring 2019. That’s a heck of a long time to keep pros happy with speculative updates to a machine that already isn’t keeping up.

The market for bleeding edge technology

Our focus on bleeding edge technology might be necessary for larger production companies, but is it really the case for the bulk of us? It might be. Plenty of small production houses and freelancers are making the jump to shooting, editing and, in some cases, delivering 4K content. It makes sense. Many homes have 4K televisions, networks are starting to roll out 4K channels, 4K capable DVRs, and clients — since the dawn of time — want the ultimate value for their dollar. But are they really feeling the bottleneck to the extent that their 12-core Mac Pro and quad-core i7 MacBook Pro are Craigslist fodder?

After all, the newest generation Mac Pro, for all intents and purposes, was built to edit 4K video. It can run up to six Thunderbolt displays or three 5K ones. It uses ultra-high-speed flash storage, has a jillion external ports (though somehow always one too few), and its dual GPU setup can be configured for up to 12GB of video RAM. That’s still pretty colossal by today’s standards and plenty to edit C300 Mark II footage. On the other hand, the Mac Pro’s 64GB memory limitation is pretty outdated, particularly when we consider high-end HPs can run 1TB of DDR4-2400 ECC SDRAM in their flagship Z840. However, for the bulk of the work editors and motion graphic designers do, video memory is king; 64GB of RAM is still quite a bit, and the Mac Pro will perform just fine.

Let’s make one small point clear, though, before PC users start throwing bricks through my window. It’s always been possible to out-spec a Mac — if not on the Mac’s launch day, then soon after. Big PCs have been modular and customisable since Day One. Heck, it’s what we liked best about the last Mac Pro. If they’d revamped that baby with room for more memory and a handful of Thunderbolt ports, most of us would’ve been pretty happy.

So if we could always get a faster Windows machine, why have many of us creative types continued to buy Apple machines? Is it just that aforementioned “Got to have it” factor? It can’t be. We charge for a service and rely on our machines to deliver.

A Mac and nothing but a Mac

Geekbench scores and render times aside, Macs and the macOS environment has, for the longest time, just worked. It’s smooth, fast, friendly and — to many of us — it’s just a more pleasant environment to work in. Mac hardware doesn’t just look good, either. Their keyboards are sublime. Their trackpads work brilliantly. Their chunk-of-aluminium design aesthetic makes the machines tough and timeless. Try bringing a five-year-old Asus laptop into the boardroom. Try falling in love with a four-year-old Gateway desktop.

Microsoft’s Surface series of machines has made the most headway in that department, but time will tell if they can nestle themselves into our cold grey hearts the way our Macs have. Or if we’re even willing to make a wholesale change. They certainly cost as much as Apple’s lineup of computers, and wouldn’t we need to buy all-new software? We’re already invested in Apple’s environment. Like DSLR users stick with a brand so they don’t need to buy glass for multiple platforms, so too do Mac users. We buy movies and music from Apple, we have sought out and purchased the best transcoding and media re-wrapping applications for Mac. Many of us, who work with remote teams, have even coordinated hardware and software to ensure a seamless subcontracting environment.

This may not be as much of an issue in the future, as more and more developers move to cloud software solutions. Adobe’s Creative Cloud works beautifully on macOS or Windows, and their applications do too.

While there are great arguments for both platforms, and most of us have to choose a side and build on it, Macs inherently hold one great advantage over PCs: They are the console gaming system of computers. Apple writes software for Apple hardware. Third parties do too. Apple builds hardware to run Apple software. There aren’t really that many configurations of Apple machines, so they can optimise the experience across the board. Those who build applications for Windows have to build the best possible solution for the Digital Wild, Wild West that is the PC landscape.

Nowhere is this optimisation opportunity put to better use than in Final Cut Pro X. For those of you who gave up on FCPX when it was first announced at NAB 2011, take another look. Apple has been updating and upgrading the editing platform since that date, and it has developed into a nicely fleshed out piece of software. It features background rendering when the timeline is idle, so scrubbing and playback aren’t lower resolution or with dropped frames. This speeds up render time dramatically, and real-time playback of 4K footage while editing on a MacBook Pro is pretty awesome.

Additionally, the optimisation Apple has done with FCPX allows the software to run without leaning as heavily on the GPU as other NLEs like Premiere would, which means great performance while saving pretty handily on battery life.

It’s fast, sleek and efficient — and that’s just one application. Many pros work on Macs using Premiere, HitFilm Pro, DaVinci Resolve, Fusion 8, or After Effects without any complaints.

The bottom line is that we’re doing a lot of squawking about performance many of us don’t really require or put to the test all that often. Most editors don’t work for Warner Bros. and most motion graphic designers don’t spend their days out at the Skywalker Ranch. Render times are a matter of convenience for many of us who edit in our pyjamas. We all want to see pro machines get appropriate attention from Apple — and it sounds like it’s coming — but in the meantime, we should take a hard look at what we’re already using and ask ourselves honestly if it is getting the job done. And will it get the job done for the next couple of years? Will the dental clinic down the road start looking for 8K content for their lobby screens in 2018? Maybe. Will all of us continue to develop tonnes of content for large high-res screens, or will the trend towards lean web video continue?

Even if lots of us are at the “shoot and edit in 4K, deliver in 1080p” phase, lots of us aren’t. Lots of places outside of New York, Los Angeles or Toronto don’t give a hoot about 4K yet. And for anyone that does, I would argue that there is still a Mac that can handle the job for them. It’s not saying that there’s anything wrong with future proofing and if Macs aren’t cutting it for your business you are doing yourself a disservice staying with an outdated product, but these are expensive machines and it’s easy to get caught up in the industry fervour. Shop for your business needs. Not because you’re mad at Apple.

As a full disclaimer, this writer runs a small editing and post shop that is pretty close to half Windows, half macOS. The fastest machine here is a fire-breathing HP Z840 with a NVIDIA TITAN X GPU running Windows 10 and it happily sits next to a maxed-out wine-chiller-inspired 12-core Mac Pro running El Capitan. Cinebench scores for the Z are higher than the Mac, but not that much higher. They’re both great, fast and reliable. For mobile use, it’s been MacBook Pros and the odd Air for the last decade, but to get around Apple’s 16GB RAM limitation a new HP Z Book 15 is on the horizon. There’s no bias. Only the right tool for each job or client.