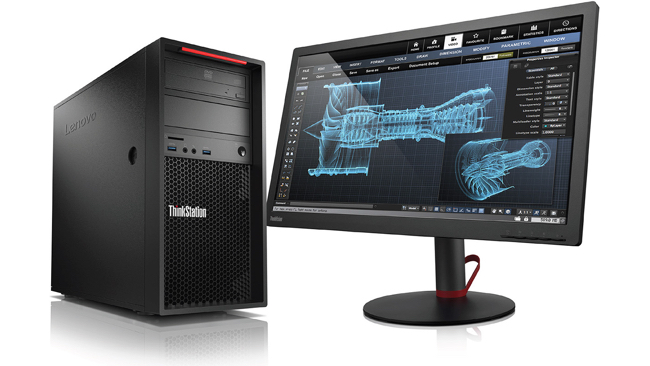 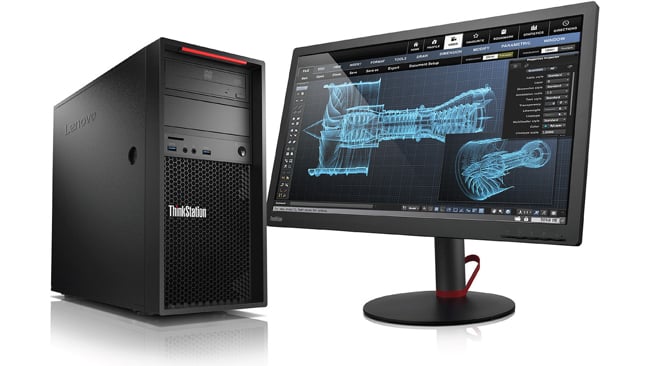 A Lenovo Thinkstation: as the movie had it:

If you can't wait for a new Mac Pro or don't fancy journeying down the evolutionary cul-de-sac that the tweaked version of the current trashcan design represents, Phil Rhodes considers the alternatives.

Last time, we looked at alternatives to Apple's line of laptops. Despite the feelings expressed in the comments, the purpose wasn't specifically to criticise Apple. Raw specifications are only part of the story, especially for a company with its eye firmly on usability and consistency in the operating system, and people will continue to find OSX worth paying for. However, for people engaged in film and television edit and, particularly, visual effects, raw specifications are a big deal, even to the point that inadequate hardware can put a noticeable crimp on the creative input that goes into a project.

Since then, the company has announced its intention to revisit its workstation lineup. It's long been received knowledge, even among dedicated OSX enthusiasts, that Apple's workstation lineup is very much due a refresh, with new models eagerly anticipated for a while. The Mac Pro line saw its last major update, with the release of the cylindrical layout, in 2013, and haven't had so much as a CPU bump since. They are, of course, nicely put together, with the usual Apple attention to detail. There's very quiet cooling and they're very small for their performance, though the inevitable collection of external drives and Thunderbolt knitting can spoil the art exhibition to some extent.

To consider performance, the current lineup includes two basic models of Mac Pro, the pricier of which we'll consider. It lists at £3899 and includes a six-core processor – specifically, the 3.5GHz Xeon E5-1650 v2. This processor is based on the technology Intel call Ivy Bridge EP and includes 256KB of level 2 cache per core, plus 12MB of shared level 3 cache. It comes with dual AMD FirePro D500 GPUs with 3GB of memory each, 16GB of 1866MHz DDR3 system memory, and 256GB of flash storage.

It's notoriously difficult to specify equivalent graphics cards because of the variability of their design. Benchmarks tend to be very task-specific, especially as you can't buy a FirePro D500 for a PC (though you can run Windows on a Mac Pro if the fancy takes you). The twin D500s in a Mac Pro are the product of an agreement between Apple and AMD, although a spec comparison suggests they're broadly equivalent to a FirePro W7000, leaning in some respects toward the W8000. In many tests, the Nvidia Quadro M4000 outperforms a W7000 by at least 50%, meaning that a pair of M4000s will much more than match the Mac. They also have 16GB of graphics memory between them, to the Mac's six. It's important for the card which will be used for GPU computing to have a reasonable amount of memory.

The all-up cost of a ThinkStation P510 in this configuration is a hair under £4000. We could match the price of the Mac Pro by choosing a 16GB RAM option, but given 32GB, the P510 outperforms the Mac Pro comprehensively, with a slightly faster CPU with more cache, a larger amount of faster RAM, around one and a half times the GPU performance and the best part of three times the graphics memory – and of course, the upgradability of a full-sized tower. There are arguments to be had over aftercare contracts and the numbers and types of I/O ports, but the conclusions are inescapable.

So, Apple's upgrade announcement is well overdue. This is not, however, as simple a story as the one we uncovered when we examined alternatives to Apple's laptops. First, the performance gap isn't perhaps quite as large, and as we've said, the current Mac Pro is a soft target. The current configuration was a much better deal when it was first released and we can reasonably hope that the upcoming new models will be more competitive. It's nowhere near clear what Apple might choose to do, but if they return (as they probably should) to a tower, it will be easier and far cheaper to upgrade.

Which is better for video?

The second consideration, which is rather more fundamental, is the argument that the current Mac Pro is not particularly well-configured for video editing tasks. This is something which we can hope will guide Apple's approach to designing new models. The CPU and RAM can be upgraded, sure, but there's a fundamental design issue with those dual GPUs. The configuration suggests that Apple were betting on a much greater takeup of GPU computing than has actually happened. That's not to say that there's any problem with the work which has been done. An angelic chorus still attends every deployment of Adobe's GPU acceleration in Premiere, and Resolve is legendary. Apple's apparent thinking was reasonable, and we all wish GPU computing had been more widely deployed, but it wasn't, at least not to the degree they seem to have been expecting.

So, the provision of two comparatively high-specification workstation GPUs with a comparatively limited amount of RAM each is possibly not what one would choose to do now. It's very likely those big GPUs which make the Mac Pro expensive, and in most circumstances one of them will be lounging under a street light, cleaning its fingernails with a flick-knife, while the other struggles for memory. A more effective, possibly cheaper solution is a fairly simple card to run the UI display, and a more powerful one, with more memory, for the actual computing.

As such, nobody should attempt to manufacture, or indeed to buy, a computer in the sort of configuration we've discussed unless they have a very specific need for a pair of very expensive workstation-class graphics cards. A more sensible setup, using the simpler Nvidia NVS or Quadro K series for display, would make even the 32GB version much cheaper than the Mac Pro, or open up options for more RAM or larger, faster flash storage, resulting in a system capable of stealing the current Mac Pro's lunch money while dating its sister.

Frankly, it's unlikely that Apple's new workstation will be in any sense priced to compete with Windows machines; some people will still be willing to pay for OSX, although with the core film and TV software offering now very similar on both platforms it's not necessarily that obvious why. Still, with Apple accepting quite happily that the trashcan design was not a triumph, we can probably expect something a bit more conventional in the near future. As Jobs himself once alluded, people still need pickup trucks.

Just please, Apple, whatever you do, make it a rectangular case less than nineteen inches on the larger dimension of its front panel.

Another option, and one which will have been shouted at the screen several times by the sort of people who build their own computers, is to use graphics cards from Nvidia's GTX range. Workstation manufacturers don't tend to ship them since they're built for video games, but they work fine and have a vastly, vastly better price-to-performance ratio than the Quadro or FirePro series. To illustrate the scale of the disparity, a relatively modest 6GB GTX 1060, currently costing around £150, generally benchmarks at about 20% faster than the Quadro K6000, which has double the memory but costs three-thousand-yes-seriously-pounds.

What's the difference? Well, the Quadros are picked more selectively for lowest power consumption and thus heat generation; they have lots of memory, and the drivers and firmware unlock certain specific requirements, such as anti-aliased lines, particular lighting effects, higher-precision floating point mathematics, and a few other esoteric differences which are mainly of use to CAD people in the engineering and scientific disciplines. You may be thinking that these improvements sound like a relatively slight return on a £2850 investment, and for our purposes, you'd be right. Few if any of them are used in any way by, let alone crucial to, things like Resolve, and it is entirely reasonable to buy a workstation with a basic display GPU and later throw a GTX-series card in it for more computing power.