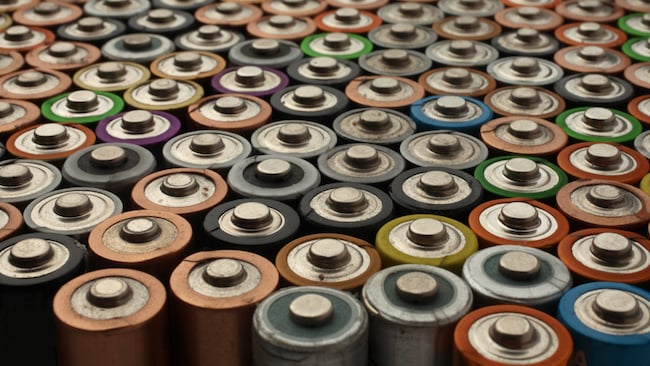 New battery tech may not exactly be on the horizon, but all these could be a thing of the past - one day.

Batteries with better performance than the currently available Li-Ion bricks aren’t exactly around the corner, but new findings hint at a huge step forward in battery technology. Two scientists are working on a solid-state battery based on glass and sodium. Will someone pass me the salt, please?

Lithium-ion batteries of the type we usually encounter develop somewhere between 100 and 200 watt-hours per kilo, which is a pretty useful measure of battery performance when we need to shoot at the top of a very steep hill. It's also a much better number than the old nickel cadmium option (perhaps 40Wh/kg) and usually a little better than nickel metal hydride (around 100Wh/kg).

Things look slightly different if we're interested in physical space consumed. Here NiMH actually develops a bit more power per unit volume than lithium ion, at perhaps 300Wh/litre against lithium-ion's 230-ish. Some of the best theoretical designs (based on lithium and copper chloride) achieve over 1000Wh/kg, though, and exotic things like lithium-air achieve over 10,000 on paper, by using atmospheric oxygen in their chemical reactions. To put this in perspective, 10,000-watt hours per kilo is only a fraction less than the capacity of some flammable liquids, although the liquid fuel creates heat instead of electricity when we burn it, so it isn't a very fair comparison.

Still, it ought to be possible to do considerably better than the existing technology without hitting any irritating fundamental limit of physics. There are other reasons we want to get away from lithium battery technology, in any case, particularly the limited availability of lithium. The extraction process is destructive and the total amount of lithium on planet earth is a concern even now, without mass-adoption of electric cars.

Various sources suggest that demand grows at 12% per year, which exceeds availability by 25%. With 35% of all global lithium production going to battery manufacturing, this is a problem. It’s one reason that many of the current, early-adopter electric cars use nickel metal hydride batteries even if lithium-ion would provide better performance. Lithium-ion batteries, at least those of current popular design, also suffer quite limited cycle life and degrade alarmingly quickly from the date of manufacture whether they're used or not.

As a result, we would like better batteries and there is no fundamental reason we shouldn't be able to develop them. The man principally responsible for lithium-ion batteries is physicist John Goodenough, a professor of mechanical engineering and materials science at UT Austin. While working at Oxford in the 1970s and 1980s, he developed electrodes for lithium-ion batteries based on his work on oxides of cobalt.

To say that this was a development of fundamental importance is an understatement. While it took the industrial might of Sony to commercialise the product, the battery performance we enjoy today is due to the work of Goodenough and his colleagues Koichi Mizushima, Philip C. Jones and Philip J. Wiseman. Such a battery may be powering the device on which you are reading this, or at least you’re carrying one in your pocket.

Now, Goodenough and colleague Maria Helena Braga have released findings hinting at another advance in battery technology. The word “hinting” is carefully chosen here since headline-grabbing claims about new approaches to making batteries are nothing new. However, at the risk of making an appeal to authority, there can be almost no better authority to which to appeal to.

Without plunging into the depths of the science, it's being described as a solid-state battery based on glass, which is anticipated to avoid some of the fire safety concerns with current batteries. it crucially can use sodium rather than lithium. Sodium can be produced by electrolysis of ordinary salt (which is sodium chloride), and salt is available in huge quantities from the sea. It's an energy-intensive process, but easier than extracting lithium.

The new physics is projected to improve energy density by up to three times over lithium ion, while simultaneously improving cycle life and fast-charge capability. The time-to-market of this sort of thing has always been a test of patience, although the need for small, lightweight, reliable, cheap, high-capacity batteries means that development money shouldn't be too hard to find.

Electric cars are naturally the most frequently cited application, although there are others which may make at least as big a difference to the way we generate, distribute and consume energy. One idea involves equipping individual homes with battery backup in an effort to spread the electrical load. It would also make renewable intermittently available energy sources such as wind and solar power more practical.

Obviously, film and TV equipment power dwarfs these trivial concerns in terms of its criticality to the future progress of mankind, but given how much equipment on modern shoots ends up battery-powered, any advances will doubtlessly be gratefully received.