How to get MacBook performance for less 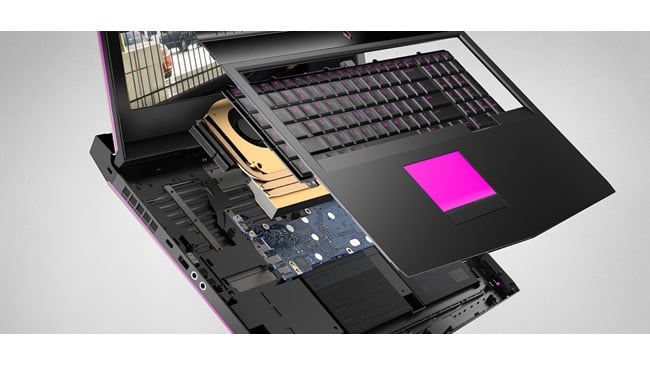 If you are among the seemingly growing numbers of people looking beyond Cupertino for their next machine, Phil Rhodes looks at some Windows alternatives and how you can get that MacBook performance for less money.

Recently, we've seen people express a few reservations about Apple's current workstation offerings. In a sense, many of the things the company does are very nice indeed and few would fault their taste in aesthetics or their dedication to a consistent and friendly user experience. People like Apple as desktop computer manufacturer because of the software — both the operating system and the applications. They are not so much simple as well laid out and carefully discoverable. Microsoft, with their tendency to reshuffle and rename the contents of the Control Panel with almost every release of Windows, seem determined to make mistake after mistake in this area, and for no readily identifiable reason.

Nonetheless, the cylindrical Mac Pros have drawn a certain amount of scorn, not in the least from people who have seen a digital imaging technician turn up on a film set who immediately started wrestling with flimsy Thunderbolt cables. Thunderbolt is not a replacement for a PCIe card slot. It doesn't match the performance and it certainly doesn't have the physical robustness that allows plugging a circuit board into a socket, bolting it down and throwing the whole thing inside a sturdy flight case. Certainly, there are circumstances where travelling light and moving fast are important, and the ability to throw a G-Tech RAID and a MacBook into a backpack and sprint up a mountain is valuable, but even that is can be addressed at least as well with other approaches.

So, unless you absolutely need Silverstack it's not obvious why Apple products are essential, with Final Cut Pro’s user base no longer growing. It's hard to deny that they make nice, friendly and accessible machines with good software, but let's assume that Windows isn't the monster it once was, and engage in a bit of spec comparison to see what the options are. [NB prices are in sterling, but typically convert to dollars at 1:1 as of publication.]

Anyone looking at a MacBook Pro might do well to consider Lenovo or Alienware's 13-inch laptops. Lenovo’s Ideapad 710S is clearly a direct assault on Apple's market and Alienware makes some very high-spec laptops, compromising on battery life and portability in the pursuit of sheer power. They are really intended for playing games, although that often requires the same sort of hardware as for film and TV work. If the industrial design of the Alienware brand doesn't attract, it's back to the suit-wearing, Excel-using world of Dell's conventional XPS series. While Dell PCs are famously indestructible, they tend to be fairly close to Apple’s pricing at the low-end, although they become more competitive when put next to a higher-end MacBook.

If we're looking for a lightweight laptop, the Lenovo Ideapad 710S (£800) exists in an extremely similar performance class to the 13” MacBook Pro 2016. The Lenovo is around a quarter kilo lighter and within mere millimetres of its size. The lowest-cost Lenovo 710S, which we'll concentrate on, suffers fractionally lower CPU performance than the cheapest Mac. It’s based around Intel's Core i5-6200U CPU at 2.3GHz with the Mac running at 2.7GHz, although going up one price level on the Mac reduces CPU speed to 2.0GHz for some reason. CPU core counts are the same, while both machines have the same 8GB RAM capacity. The Lenovo enjoys 256GB of SSD storage over the Mac's 128GB — all other MacBook Pros have 256 by default.

Most of the Lenovo Ideapad 710S models that currently exist have (in effect) GeForce 940MX graphics hardware. A slightly more recent model uses Intel's HD Graphics 620 but that's difficult to recommend. In most tests, the Nvidia GPU outperforms the Intel 620 by at least a third and certainly outperforms the cheapest Mac's Iris Pro HD 6100. Lenovo falls a bit short on display resolution, offering 1920x1080 as opposed to the Mac's 2880x1800, although that needs to be seen in the context of Apple's rather better UI scaling. It's great, but at that screen size, the extra resolution is more about making the text look sharper than it is about actually fitting more on the screen. Finally, the MacBook offers us two Thunderbolt 3 ports, whereas the Lenovo has two USB 3 and one micro-HDMI port, which may actually be a bit more usable.

In short, the configuration of the Lenovo Ideapad 710S we're considering has a lower-res screen and a slightly slower CPU, although the CPU is actually faster than the next Mac up. Lenovo offers more storage, a much faster GPU and just as much RAM. It's also lighter and at £800, really a lot cheaper. The 2016 MacBook Pro 13” line starts at £1250 for which we get only 128GB of storage and no touch bar. Going up to the next MacBook gets us 256GB of storage and another Thunderbolt port, but slower CPU performance and still no touch bar on a £1449 laptop. All this makes Lenovo look very affordable indeed, though anyone interested might be well advised to snap up a previous model Lenovo Ideapad 710S before stocks of the £800 Nvidia option run out.

If you're in the mood for something that's a bit less of a direct assault on Apple's design aesthetic as well as their market share, there's Alienware. They try a slightly different tack, allowing purchasers a lot of options. The basic model Alienware 13 at £1249, is the same price as the basic MacBook but offers a hugely improved spec. The Nvidia GeForce GTX 1050 graphics hardware in the Alienware is something like three times the speed of the MacBook's Iris Pro HD 6100 GPU. RAM (8GB) is the same, but Alienware's is slightly faster. Alienware supplies 180GB of SSD storage by default, which is smaller than the MacBook's 256, but the Alienware CPU is quad-core to the Apple's dual-core chip, doubling CPU performance.

This is great, although it's at the higher, less cost-conscious end that Alienware really shines. We can take the £1249 Alienware, add a 16GB RAM option and upgrade to a 512GB SSD and end up at almost exactly the same price as the second-cheapest MacBook, but with a hugely better machine. However, there's no option to upgrade the cheapest Alienware's poky 1366x768 display and with the RAM and SSD upgrade, we're already at £1467. If we start with the £1499 Alienware 13, we get the improved GeForce GTX 1050Ti graphics with 4GB of graphics memory, a much more powerful quad-core i7-7700HQ processor, and a 1920x1080 display. Upgrade the RAM to 16GB (with a small speed increase thrown into the bargain) and a 512GB SSD and the price is £1728 for a machine which gigantically outperforms the £1949 MacBook Pro.

Alienware offers one option that'll be particularly interesting to video people – an OLED display. At 2560 by 1440, it's practically identical in pixel count to the 2560 by 1600 MacBook display and enjoys the all the benefits of OLED. The upgrade costs £200, with the result that our Alienware 13 laptop is still (microscopically) cheaper than the high-end MacBook Pro. It's possible to apply upgrades to MacBooks as well, of course, but even maxing out an Alienware, with 2TB of flash storage, 32GB of RAM and an even more powerful GTX 1060 with 6GB of graphics memory, only pushes the price up to £2600. It's impossible to comprehensively compare all the upgrades, but for the sake of comparison, Apple charges £270 for an upgrade to the Core i7 processor alone. That's more than the difference between the cheapest Alienware and a version with both the Core i7 processor and more benefits besides.

There are downsides, of course. All this potential requires power and headline rates for battery life are nine hours for MacBooks and perhaps three and a half for Alienware, although this will depend heavily on the exact specification in question and how it's being used. Alienware's machines are also slightly larger, being 330 by 269 by 22mm compared to Apple's 304 by 212 by 15. That's perhaps not such a big deal, although the weight of an Alienware 13 is about 5.8 pounds — almost double the MacBook's 3 pounds. Part of that is down to the sheer power on offer and the heatsinks required, but part of it is also due to configuration options — you can plug memory modules and other things into the Alienware, which makes for upgradeability at commodity hardware prices. However, that will always be bulkier than just soldering chips to a board.

If these things matter, buy the Lenovo; depending on circumstances, either offers a very compelling deal. Next time, we'll have a look at workstations and see how Apple stacks up there.