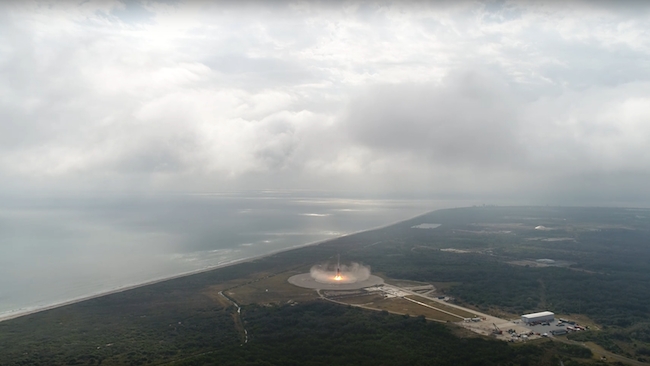 Last week, Elon Musk’s Space X landed its third rocket on the ground after delivering a payload into space. Watching it is mesmirising.

In fact, we’ve had it on a bit of a loop all week. Partly that’s because it looks so unreal: a rocket dropping from the sky and then balancing on its flaming tail to a safe landing is one of those things that your brain is just programmed to flag up as a bit odd. And partly it’s because this shot couldn’t have existed 10 years ago.

Okay, watch the CRS-10 | Falcon 9 First Stage Landing and self-balancing rockets are an obvious new invention, but so is the drone capturing the footage from a (presumably mandated) safe distance, and even YouTube was restricted to 320x240 footage back then; it didn’t make the heady jump to 480x360 until March 2008.

In short, we’ve learned how to do all this in the past decade. Wonder what the next 10 will bring…