Intel Compute Card keeps your smart devices up to date 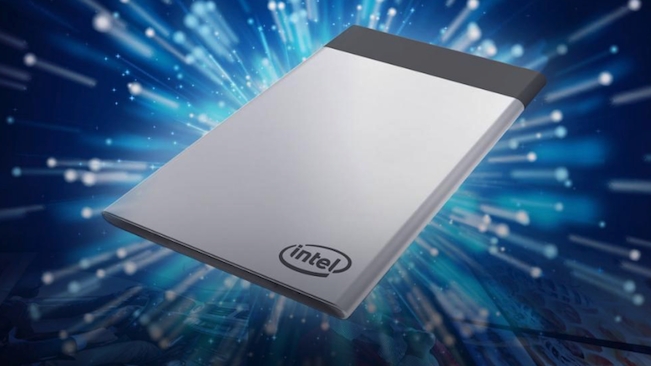 Intel turns the standard technological model on its head by making the computer the peripheral. Is this the end of ridiculously short obsolescence cycles?

When I wrote recently about my family member’s new 75” 4K HDR TV my first thought was how unbelievably good it was. My second thought was: "this is a smart TV: what happens when it becomes obsolete". You certainly wouldn't want to buy a new one at £4,000.

Intel thinks it has an answer to this and I suspect it might be right.

It’s called the Compute Card, and it is, simply (and complicatedly - this is not an easy thing to achieve!) a computer on a small plug-in card. It’s almost like a conventional computing architecture where you plug peripherals into a slot into a computer turned inside-out. In the future you’ll be plugging computers into peripherals.

This makes so much sense because even though screens are improving all the time, the base performance of a good one you buy today will probably be good enough in ten years. Having to upgrade a giant TV just because its smart electronics don’t seem all that smart any more is absolutely the worst way to save the planet.

Having a standard slot in devices that you can put new smart electronics into is pure genius.

According to Engadget, Intel already has several big manufacturers on board.

The cards themselves don’t have to be feeble - some will include 7th Generation. Intel Core VPro chips. Maintenance for any device with a Compute Card is of course simple — just swap the card!

The card interface includes mechanical locking for security and the card itself comes complete with Bluetooth and WiFi.

I think this is something we can all feel good about: easily upgradable smart devices that don’t themselves have to be replaced. Let’s hope that this catches on in a big way.