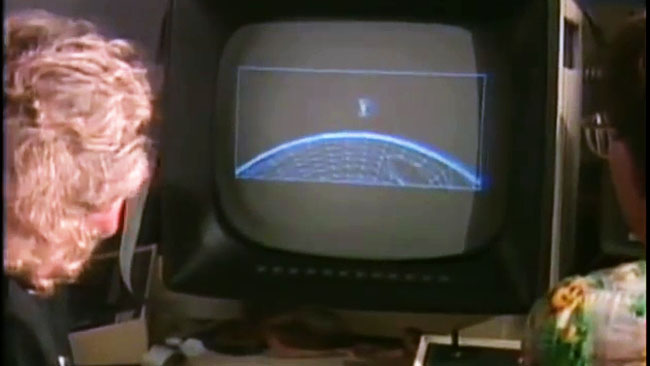 Gunstar from the movie The Last Starfighter

You think you have it tough now. A behind-the-scenes video for 80's cult classic, The Last Starfighter,  provides an interesting mix of perspective regarding current challenges and nostalgia for the early days of computer graphics in films.

Greetings, Starfighter! You have been recruited by the Star League to defend the frontier against Xur and the Ko-Dan Armada!

Today's topic is a film which has been overlooked too often. The Last Starfighter wasn't the first film to use computer graphics to create entire scenes. That honour goes, of course, to Tron, which enacted a truly hair-raising combination of several cutting-edge technologies, as well as well-disguised traditional animation, to realise its fantastic computer world. Tron wasn't the absolute first film to feature CGI; Westworld used some 2D computer generated animation in 1972, with 3D in the sequel Futureworld.

The Last Starfighter was, however, the very first feature film ever to use 3D graphics to generate scenes intended to depict reality. The level to which this was convincingly done is, in the modern sense, slightly dubious. The filmmakers were decades away from realising concepts such as computer-rendered motion blur, anisotropic surfaces, ambient occlusion and many other things now common to computer games, let alone pre-rendered production CG. 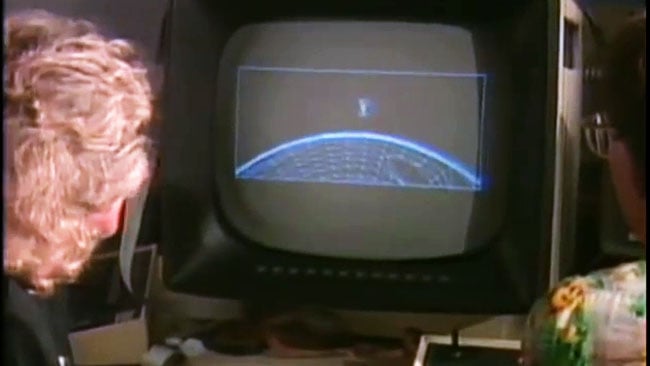 Even being able to have a wireframe preview was a massive improvement on previous arrangements,
where animation could only be seen by shooting it out to film.

In its defence, the scenes which appear in the final film were simplified to make a deadline. Equipped with the Cray X-MP, an absolute monster piece of hardware for the early 80s, calculations showed that the results they'd have liked to achieve simply wouldn't be finished rendering before the movie-goers would be buying their popcorn. Deadlines are what they are. The imaging specifications, though, are reasonable even by modern standards. The film included 27 minutes of CGI, each rendered at 3000 by 5000 and at twelve bits per channel, which remain at least somewhat respectable numbers for today's effects industry.

Unlike many of the making-of retrospectives of Tron, the documentary made for The Last Starfighter shows some of the computer gear in use, with hardware input devices and some of those fantastic old puck-based tablets used to digitise drawings of the spacecraft. Some of the luminaries of film effects work also appear, including Jim Rygiel, whose CV includes every huge film you've ever heard of, Jeffery Okun, whose profile in visual effects is so huge that Brent Spiner's character in Independence Day was named after him and, of course, the great Ron Cobb. 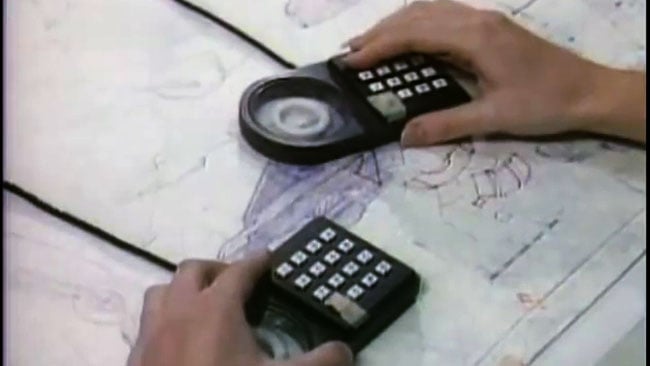 There's even shots of a test with X-wings, from all the way back in 1978, although Lucas didn't go CG for more than a decade.