Tim Cook says Apple is committed to the desktop. But what does this mean? 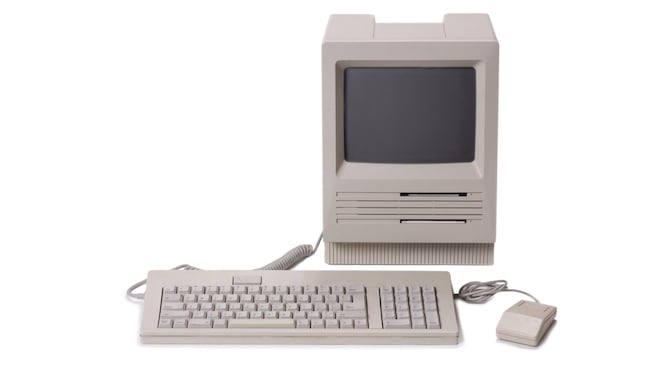 The mac SE - how long will the unbroken line of Mac desktops be maintained?

A recent message from Apple’s Tim Cook to the company’s employees seems to allay fears that the Cupertino company is preparing to ditch the desktop. Until, that is, you read it a bit more closely.

If you only had Apple's recent product announcements to go by, you'd have to conclude, at the very least, that there is no evidence at all that Apple is committed to its desktop PCs. That would mean that we have no idea whether Apple is going to release new Mac Minis, iMacs or Mac Pros. And that, indeed, appears to the the collective conclusion drawn by a very large number of professional Mac users.

This impression is probably what lit the touch paper under Microsoft to develop their Surface Studio - a stupendously well designed all-in-one computer with an eye-wateringly gorgeous touchscreen that also pivots to an almost horizontal position, where it becomes a tablet with simply awesome ergonomics.

All of which would add fuel to the speculation that Apple simply isn't interested in professional users any more.

So it was with initial interest and some relief that we spotted this article in The Verge reporting that Apple Employees have seen a message from Tim Cook confirming Apple's commitment to the desktop.

Apparently, he said this:

"The desktop is very strategic for us. It’s unique compared to the notebook because you can pack a lot more performance in a desktop — the largest screens, the most memory and storage, a greater variety of I/O, and fastest performance. So there are many different reasons why desktops are really important, and in some cases critical, to people."

It all sounds very promising, until you notice that Mac Minis and Mac Pros don't actually come with screens. So, if you're expecting new Mac Pros, your hopes find no support in this paragraph.

Cook goes on to say:

"Some folks in the media have raised the question about whether we’re committed to desktops. If there’s any doubt about that with our teams, let me be very clear: we have great desktops in our roadmap. Nobody should worry about that."

There's a crucial word in there: "roadmap".

It's not like we're expecting Apple to give away all its secrets. But professionals don't like uncertainty about their tools. With Apple right now, there's almost certainty — that Apple is out of the game.

These vague and unqualified remarks do little to reassure. You can understand manufacturers being cagey about their future plans. What Cook has revealed to Apple employees is that there is a future for "desktops", but what's missing from these reassurances is any reason to believe that Apple is going to continue to make powerful, upgradeable desktop computers, just like in the old days, and just like everyone still wants.