Is the Mac OS going to give way to iOS on everything? 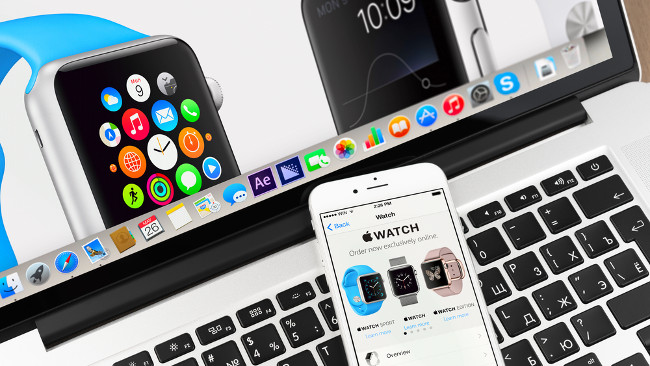 Opinion: Recent moves suggest that Apple could be paving the way for iOS to spread to the desktop (assuming the desktop survives at all).

Former Apple staffer and now professional Apple-watcher Jean-Louis Gassée recently speculated in his column that, essentially, since PC and hence Mac revenues are declining, it would make sense for Apple to switch to iOS in all its devices because that lean, clean operating system is still in its ascendancy.

This makes a lot of sense and yet, ultimately, I don't think it's going to happen. But I'm far from certain about this.

Gassée mentions that he has a 12" Macbook with a Retina screen. This slimmed-down laptop only has a 1.2 GHz processor and yet is able to deal with most everyday tasks without losing a beat. It's a great example of appropriateness: the right amount of power in the right amount of space and with a long battery life, too, without which this form-factor would be largely pointless.

He goes on to say that his iPhone 7+ is much more powerful than his laptop! It seems odd that a telephone could be significantly faster than a 'proper' computer, but that is today's reality. And for me, the most amazing thing is that smartphone screens have the same kind of high resolution as laptop displays. It seems absolutely bonkers.

There's a lot of commercial activity in the 'hybrid' space between laptops and tablets. You can attach a keyboard to a tablet to make it a laptop and you can split laptops into two to make a tablet with a keyboard accessory. This hybrid culture is much more advanced in the Windows domain, because it's the same operating system for all permutations.

With Apple, while the iPad Pro now supports a keyboard, you don't have the same flexibility. Indeed, the idea that laptops and tablets/phones should remain separate seems to be confirmed by the arrival of the Touch Bar on the new Macbook Pros. In a way, this innovation seems to be saying that it's just wrong for the main display on a laptop to be a touchscreen.

Of course, iOS devices make far more money for Apple. As Gassée points out, laptops and traditional desktops' market sure is declining. At some point, writing and maintaining a desktop operating system is going to seem disproportionately expensive to Apple in the face of diminishing returns.

The Cupertino company could easily make laptops based around its"A" series chips. These devices and their associated GPUs are now easily fast enough to power a laptop. The big question now is that, if Apple decides to make its own chipset the basis for laptops, would that mean it would insist that these newer, sleeker devices would have to run iOS?

This wouldn't be trivial, not least for developers, who would have to take a deep breath and rewrite their flagship applications. It's happened before, but that was at a time when laptops were in the ascendency.

On the other hand, some iOS apps are pretty powerful, with the potential to be made even more so.

One likely outcome is that, if this change did come, it would (intentionally or not) signal the end of Apple's participation in the professional content creation world. Perhaps that signal has already been received through Apple's inaction in developing the Mac Pro: a form factor that seems to have no future.

It's always possible the iOS could become a sturdier, general purpose operating system. There's no technical reason why not. After all, when Steve Jobs first announced the iPhone, he said that "it runs OS-X." But the two Apple operating systems have taken separate paths and they are not functionally equivalent. The biggest issue of all for me is the lack of access to a file system in iOS. Some would say that this is not a disadvantage as we move towards mobile and cloud computing.

Perhaps they're right. Maybe what we're talking about here is, in more general terms, another, higher level of abstraction from the hardware and low-level software. Maybe it's just a matter of getting our heads around it. It's difficult to know how to feel about a change like this until it has actually happened. We may just have to wait and see.