How powerful are the new Macbook Pros? 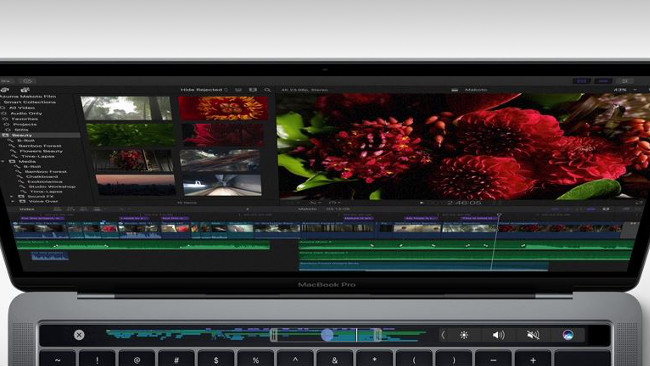 A recent demonstration of the Macbook Pro exhibited the laptop playing multiple simultaneous 4K streams, which is an impressive lot of horsepower in a portable device.

First of all, I want to mention that this isn't a lab test. There aren't even any benchmarks. And worst of all, this is based on a presentation by Apple, so it's hardly objective.

But with all of that out of the way, the fact remains that I have seen a Macbook Pro with Touch Bar play three streams of 4K simultaneously.

I'm a complete fan of Apple laptops. I currently have three of them: a six year old Macbook Air, an 18 month old Macbook 12" retina and a 2013 Macbook Pro. They all still work and are mostly in daily use. I don't use any of them for video editing.

Last week, I went to the Soho Editors' FCPX presentation in London, which started with a presenter from Apple demonstrating the new FCPX and its integration with the Touch Bar.

Full marks to whoever set up the demo rig, because in addition to the normal arrangement where the laptop display was projected onto a screen in front of us, to the side of the main display was a live shot of the keyboard of the Macbook Pro, including the Touch Bar. There was a camera on a stand focused on the laptop's keyboard and it was fascinating to see the interaction between the user, the main display, the Touch Bar and the software.

There are a few things about the new Macbooks that make them significantly faster than their predecessors; in this context, it's only really worth talking about the top end versions. The i5 models and all of the 13" devices are not going to break any records. But the top end i7 variant is pretty remarkable, not because of the processor itself, but because of the combination of extremely fast memory (over 3GigaBYTEs per second) and because of the AMD Radeon Pro Polaris GPU.

This does all add up to a very fast machine.

Don't forget that this is a laptop. It's not a floor-standing workstation. This is something you can carry in a briefcase.

What you probably can't fit in your personal luggage, though, is a 5K monitor and, certainly, not two of them. Which is a pity, because that's what the new Macbook Pro can support, through its USB C-shaped ports.

So, based on what I saw yesterday and with the reservation that I have no idea what format was being used (although probably ProRes, because it's very compute-friendly), the very top end Macbook Pro is certainly a worthy choice for an editing system.

But what if you want to set up a static editing facility, where portability wasn't an issue?

If you're an FCPX user, you have very little choice these days. The Mac Pro is too old and may be an endangered species. For 4K, I doubt that iMacs are really ideal. You'd have to use a Macbook Pro.

For virtually any other sort of work (and especially if you're using software that runs under Windows or Linux), I'd buy either a Dell or HP workstation, or build one myself, and get more performance for probably half the price.