The real reason why we need 8K 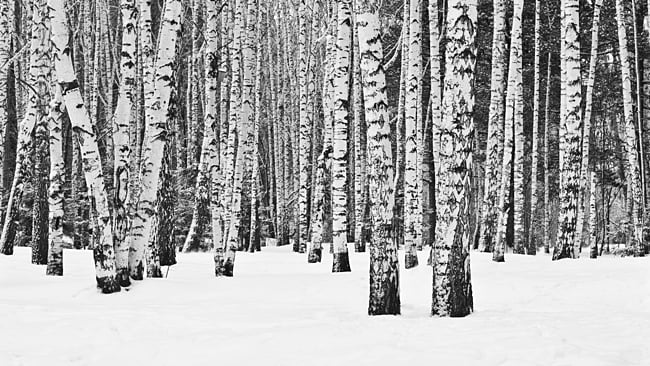 Why you need 8K - black and white woods with snow

There's a reason why we need 8K, and it's nothing to do with screen sizes

Not everyone thinks that 8K is an inevitable next step towards effectively infinite resolution. Even though to see 8K at the same spacial resolution as 4K you only need a TV that's twice the linear dimensions of a 4K one. Personally, I think that 8K production on high budget films is almost a given, even at this early stage; but as for post and domestic viewing? That's not going to happen overnight.

But all of this is fairly well rehearsed now as a topic. Until the future reveals itself to us we're probably not going to move very far forward with this line of reasoning.

Meanwhile, I've been having some very interesting conversations with people involved in mostly top-secret projects: none of them involving "traditional" video.

And the result of this is that I now think differently about 8K. I still think it's absolutely going to happen, but I think we need to stop thinking of it as a destination and more as part of the journey towards whatever the future of video will be.

And I'm completely aware that this sounds incredibly vague. But there is some genuine thinking behind it.

What's far more likely is that in the near future, we will migrate largely towards Head Mounted Displays. Not everyone likes these or the experience but they themselves will be stepping stones to the next stage, which will be either retinal projection or direct injection of the images into our perceptual systems.

And we will absolutely need 8K resolution for these. For a start, in virtual reality, we really do need higher resolution to stop the pixels we see in our head mounted displays looking the size of dinner plates. What's more, if we ever move towards an object-oriented video system, we will need 8K resolution to give as much detail as possible to the algorithms as they identify objects and store them for retrieval.

8K is simply about detail. It's about how much of the real world we can capture. For straightforward video display, unless you can have a TV the size of a wall, it's probably overkill. But at the point where we want to see small details in a virtual or augmented world, we will ultimately need 8K and more. And it will happen, soon.