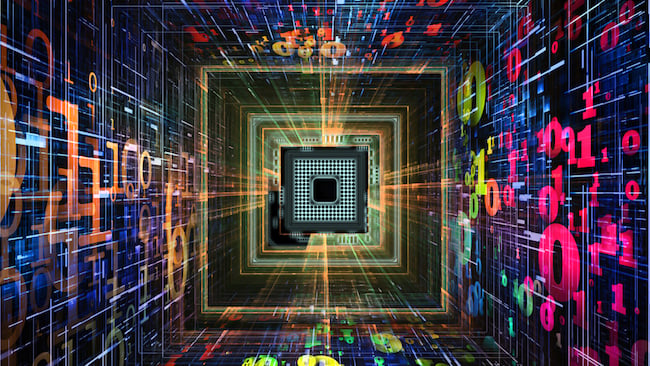 The next chip that will power the future?

Some time in Q2 2016 we will see the release of the next generation High Performance CPU from Intel that uses Broadwell-E technology. By Leo Waldock.

Those of you in the know will be aware that Intel has a range of processors that sits between the desktop (LGA115x) and server Xeons. High Performance CPUs made their debut with the Core i7-920 using LGA1366 in 2008 and moved to LGA2011 in late 2011 when Intel launched the six-core Core i7-3960X along with the X79 chipset.

It was all change at the end of 2014 when Intel launched Core i7-5960X (Haswell-E) which maintained the 22nm fabrication process but stepped up to eight cores. Haswell-E was matched with new motherboards that use the X99 chipset, LGA2011-3 and DDR4 memory.

Some time in Q2 2016 we will see the next generation High Performance CPU that uses Broadwell-E technology. When in Q2? Our guess is Computex which is the first week in June.

Broadwell-E will continue to use X99 and LGA2011-3 and is a drop-in replacement for Haswell-E, which means that existing motherboard require a BIOS/UEFI update. To date Gigabyte and ASRock have released these updates with Asus and MSI doubtless due to follow some time soon. Those BIOS updates mean we know a surprising amount about Broadwell-E. The four new models will be called:

WCCFTech has compiled a handy chart listing the specs of the four models of Broadwell-E CPU. 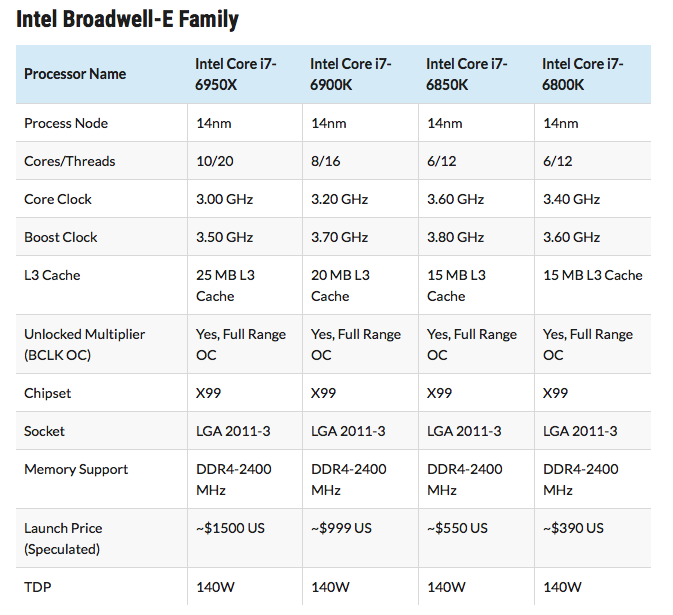 We can see that Intel has followed its usual practice where the entry level Core i7-6800K has six cores, runs at 3.4GHz and will likely cost £330.

Assuming these figures are correct, this means the new eight core Core i7-6900K will run at a lower speed than the existing eight core Core i7-5960X so Intel is clearly putting the emphasis on the number of cores and (we hope) efficiency, rather than out-and-out clock speeds. You can bet your boots the first move by many enthusiasts will be to overclock their new CPU upwards of 4.0GHz.

Increasing the number of cores doesn't offer an obvious benefit to gamers and there is a big question how many cores you can fully utilise when you edit video.

I shall be very interested to see how Broadwell-E performs but right now my guess is that Core i7-6800K will sell well while Core i7-6900K will be a slow mover unless the price drops significantly.

Core i7-6950X looks like a classic Intel Flagchip (hat tip Mike Magee, founder of 'The Register') that will be used in reviews to shout 'ten cores, 20 threads' while selling in tiny numbers.