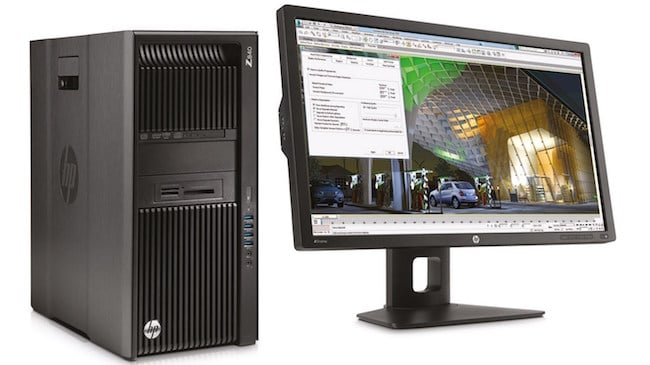 It seems to be the season for the world’s computer manufacturers to be bumping up specs as HP announces increased system expandability, higher-speed memory, and multicore updates for its Z series, as well as its fastest Z Turbo Drive to date.

In fact, HP states that the new workstations offer 12.5% faster DDR4 memory compared to the prior generation.

Add in the Quadro M6000 GPU and, though HP hasn’t baldly stated it, you have a very capable machine for dealing with VR. The Z840 even has two of the units inside its chassis, which should be enough graphic grunt for most people and then some.

The new HP Z Turbo Drive with 1 TB PCIe SSD storage, meanwhile, is a second generation unit that delivers up to four times the read performance of traditional SSDs at a cost that's billed as ‘remarkably’ similar.

The three new workstations also offer a tool-less chassis, integrated handles so they can be easily racked, a visually cable-less design, and, perhaps more to the point, Thunderbolt 2 connectivity.