What happens when everything is more than good enough? 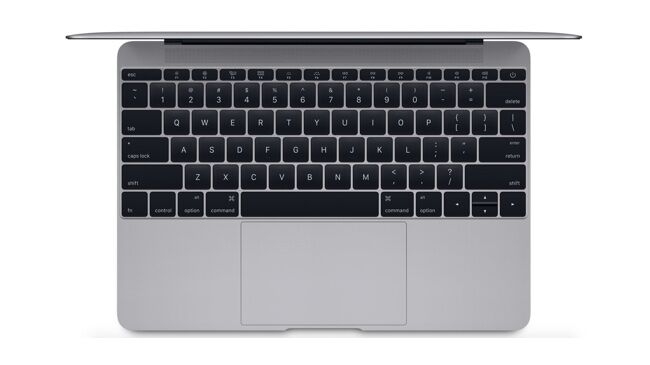 David Shapton uses a MacBook purchase to explore if we've reached the point  where technology is "good enough" and what exactly that means for consumers and manufacturers.

I've just got a new Macbook for my work. It's the super-slim one that famously only has one port. Well, actually two, if you include the headphone socket, but you can't plug an external monitor into that.

It's such a good machine that any reservations quickly evaporate. To be honest, I actively disliked the new ultra low profile keyboard right up to the point where I forgot about it and was typing as fast as ever. The screen is marvellous, but the default maximum scaling wastes the opportunity to cram even more on the screen. The screen itself goes closer to the edges than the Macbook Air, so it's bigger in a smaller space. The keyboard goes right to the edge of the computer and, apart from being unfeasibly thin, it's not compromised in any way.

And it's fast. It's not supposed to be, but it is noticeably quick. This is despite having an Intel M (for mobile) processor that's apparently nowhere near as speedy as standard offerings. But having a mobile processor has a massive advantage: it doesn't need a fan. Having spent many hours working in quiet places while my Macbook Air was doing a passable impression of a hovercraft, that's a very good thing. Quite how it manages to be so nippy while powering a retina screen is a mystery to me, but I don't care. It does the job very well indeed. Oh, and while it's doing that job, the batteries last easily long enough for a regular day's use. Probably because they're not having to fry eggs at the same time.

Now, I'm sorry to harp on about Apple products here. It's just that they do make my point rather well. My iPad Mini also has a Retina screen. It's quick enough for everything that I need to do with it (which is mainly watching video, reading and, quite often, running obscure software synths via a Midi Adaptor).

And yes, I've got an iPhone 6 Plus. It's over a year old and there isn't a single aspect of it that needs upgrading in my view. For the first time ever, I probably won't renew it when my two year contract is up.

And that's the point. Until recently, it's been good practice to buy the fastest or most powerful of whatever type of gadget you're looking for, so that it can do the best job for you. But at the point where everything's fast enough, it doesn't really matter that there are newer devices that are even faster. The same is possibly starting to apply to cameras. For the foreseeable future, except for specialist applications, cameras with 4K or at a stretch 5K are going to be good enough. Yes, you can absolutely shoot in 8K and there are some good arguments for doing it if you're making high end feature films, but there are also good arguments for not doing it if you're doing almost anything else – especially questions about file sizes and the length of time it takes to process the material.

I've got a Sony RX10 camera. It's the Mark 1; not the Mark 2 with 4K. I don't need 4K video because I use it exclusively as a stills camera. It's still as good as it ever was when I bought it nearly two years ago and that means very good indeed. For the way I use it, there's no reason to upgrade at all.

I have a ten year old Sony Bravia TV. The picture on it is still great. Eventually, I will move to 4K at home (as soon as I have broadband that's out of single figures of megabits per second).

The call for innovation

So, is all of the above good news or bad? A lot depends on whether you're a consumer or a manufacturer. But even if you make the stuff, this is an opportunity as well as a threat.

On the face of it, it might look like manufacturers have been victims of their own success. They've made their products so good that there's no need to buy new ones. Whichever way you look at it, that's bad if you're trying to sell new products.

But the opportunity is that it's a chance to innovate. If the main battles have been won, then there's never been a better time to explore new forms and categories of product, to possibly take part in new challenges. This can and does happen. As new technologies appear, they intermingle and merge to form new ideas and new platforms that themselves generate new markets. The internet is probably the most obvious example of that. We normally don't see these coming, but while we can't just sit back and expect these new ideas to spontaneously appear, we can at least plant the seeds and give them a fertile environment to grow in.

There are new fields that are bursting with potential. Artificial intelligence. Graphene. Nanotechnology. Robotics. And an almost infinite number of things that we haven't thought of or discovered yet.

So don't think the fact that so many devices we now own are "good enough" now distract you from the near inevitability that we will continue to be surprised by amazing new products.