Technology or art? You decide. 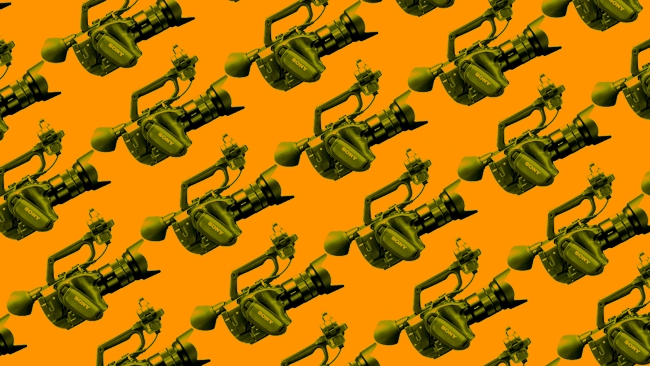 Technology can make cameras easier to use. But what does this mean for professionals? Is it still art if your camera does almost everything for you?

Technophobes complain that the world is getting too complicated. For them, it probably is. But that’s just their perception. The reality is that as technology gets cleverer, it has the potential to simplify. Indeed, it has to, or at some point, nobody will be able to understand anything.

Most devices that we use today are very good examples of how technology can simplify. The engineering in a smartphone or a digital camera is absolutely fearsome. And yet the process of taking a picture can be as simple as pressing a button. Everything else is taken care of: focus, exposure, colour balance: there’s very little left to chance. Manual control is a choice, but you can hardly complain about complexity if you chose to invoke it.

Simplicity is a good thing for consumers, who mainly want the shortest path to getting a decent result. Instagram allows users to take their mundane-looking pictures and with a simple choice of “looks” transform them into exotic-looking works of digital art - and then distribute them across a worldwide network within seconds. It’s not the technology that’s the product but the accessibility. Consumers don’t want to know what’s going on inside the box, or across the network: they just want a result. Digital interjections and interventions like Instagram pictures and Facebook posts are like the little casual words that we drop into our sentences when we’re comfortable with our language. They don’t demand attention and nor should they.

Modern technology consumers rarely want to pry under the hood to see how their digital tools work. What’s more important is that their devices become part of their lives - in fact become part of themselves. Who doesn’t reach for their phone when they wake up in the morning? Keeping in touch digitally has become part of being alive. When you lose your smartphone you feel sensory deprivation and anxiety.

Phones are bought far more according to their size and their looks than what goes on inside them. How many consumers can explain LTE-A or the basics of cellular communication? Does anyone care what kind of processor is inside their phone as long as it works smoothly and fast? Humans are very good at hiding their own complexity. When you fall in love with someone, you don’t write poetry about their internal organs.

But if consumers want simplicity, what about professionals? I would argue that they want simplicity as well, but they also want control. But they don’t need control over everything.

Modern fighter aircraft are intrinsically unstable, for a good reason: manoeuvrability. If you want to turn fast, what you don’t need is an aircraft that is so stable that it’s hard to budge from a straight line. So basic instability is built in to the design, and is only tamed by computers that continually adjust the controls to give the appearance of a stable aircraft. Any input the pilot makes to the system is superimposed on the ever present nudging of the controls by the aircraft's control computer.

With digital cameras, there are millions of settings which simply don’t make any sense. It is the job of the camera’s system to keep the settings within a range that will produce usable pictures. Professionals may think they have access to a wide range of settings, but only within limits that have been preset. There is no point in providing settings that will inevitably make bad pictures, or which ultimately might damage the camera.

Even professionals appreciate quick access to certain settings. The most useful manual cameras are the ones that have assignable controls that can perform complex functions easily.

Our camera technology has evolved to the point where we can decide how easy we want them to be. It is forcing us to think about what it is to be creative as opposed to being technical. Instagram is clearly not the way that professionals want to go, but everyone wants to take good pictures as easily as possible.

So how easy should a professional camera be? I suspect that if you can answer this, you can probably also answer the question: “what is art, anyway?”.