Sponsored Article: How can you possibly edit in real-time over a 1.5Mb/s connection? 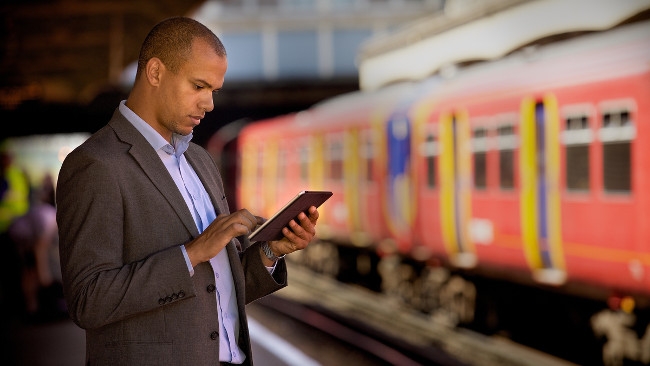 Editing over a 1.5MB/s connection?

Find out in a fully virtualised workflow on Forscene stand 8.B38e at IBC 2015.

One of the biggest buzzwords of the last few years has got to be 'The Cloud'. It seems everybody and everything is in 'The Cloud' and if you're not using it, you're missing out.

Of course, the cloud (I'll drop the quotes) is actually just another computer in a data centre somewhere that is accessible through the internet. The benefit of this for your email account, shared documents and photo collections is that you can access them from anywhere and they are safe in the event of a computer failure.

But could this ever work for video? Video files are huge and the idea of having to upload all of your media to a server and then try to access that media over a typical internet connection doesn't make any sense.

One team that saw the benefit of using the cloud for editing is Forscene. We released a cloud-based post production system over ten years ago, before most people even knew what the cloud was! This is real editing, not just sub-clipping or review and approval, but real honest to goodness frame accurate editing with multiple video and audio tracks.

The way that Forscene gets around the issues of moving huge files around is by transcoding all your files into lightweight proxies which can be uploaded to the cloud faster than realtime. They can then be viewed in real time on almost any device, using a connection as slow as 1.5Mb/s, and can be logged and edited accurately to the frame. You can then choose to publish using the full resolution media or to export an AAF, XML or EDL for relinking back to your original media in your editing application of choice.

But technology keeps moving on and the arrival of cloud-based video streaming using Microsoft Azure™ or Amazon EC2™ has opened up even more possibilities. Forscene has the option to take live streams from a camera or an OB unit directly into the cloud. From there, the Forscene server can run as a virtual machine, transcoding the media into lightweight proxies which you can access just as before.

The difference is that the live streams become available to edit roughly 15 seconds behind real time. For a live event, such as a concert or a football match, this allows the editor to access the media from anywhere in the world and start cutting sequences even though the event is still in progress. They can add graphics, titles, music or voiceover and once the sequence is complete, Forscene can publish the edit using the full resolution media in the cloud, to a server or content delivery network without ever having to download the media.

This workflow was used on one of the biggest international sporting events of 2015 by our partners deltatre to deliver over 700 clips to YouTube without a single hardware box.

We will be demonstrating this live at IBC using a motor racing simulator on our stand. Using Microsoft Azure™ Media Services, we will be taking multiple cameras into the Azure servers as Smoothstream video at its full resolution, giving you the ability to edit the media as the race is happening. In my career as an editor, this is one of the most incredible things I have ever seen, near live editing of multi-camera material from almost anywhere. Why don't you drop by and give it a try?