Here's why our cameras and computers keep getting better 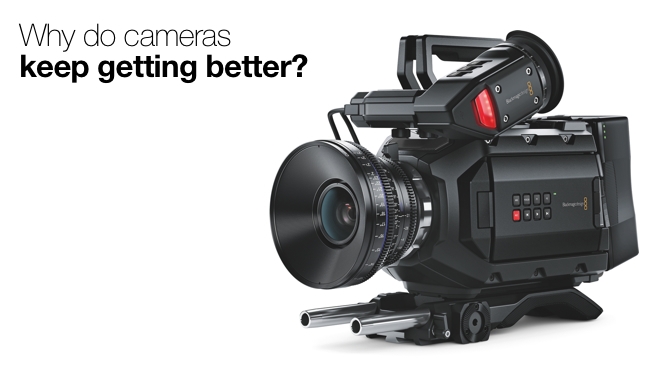 It's the almost unbelievable rate of progress in processor power that's brought us today's cameras. Without it, we'd be living in the Seventies

Almost the sole reason why we can buy incredibly high quality cameras and edit 4K material on a laptop computer is the effect of Moore's law. If the size of components on a chip didn't keep shrinking at the rate predicted by Intel's founder, then we'd still be stuck with sixties or seventies level electronics. And that means no personal computers, and we probably wouldn't have digital cameras at all, perhaps for hundreds of years.

Just how far we've come is hard to visualise because we're not good at dealing with very large numbers. But we need to be if we're to understand the scale of the progress that's happened since the 1950s - well within living memory of many of us.

Technology site Experts Exchange has published an infographic that makes some fascinating comparisons and observations about computing power, starting with the fact that computers are now a trillion times faster than they were in 1956. Not a million; not a billion, but a trillion times.

And if you take any two dates during these six decades, you find some remarkable facts. For example, a Samsung Galaxy S6 is as fast as six Sony Playstation 2s. And an Apple watch has the same power as two Apple iPhone 4s. Amazingly, the very same phone has the same power as a Cray-2 supercomputer from the 1980s.

What the site doesn't mention is that the current generation of iPhones are 50 times more powerful than the first iPhone, a mere eight years ago.

No, here's the thing.

You can be as amazed as we are at these facts and figures about processor performance over the last sixty years. But what about the future? What will an iphone be like in ten years time? Likely as not it will be fifty times more powerful. What does that even mean?

And what does it mean for the computers that we use for editing and post production? And cameras? It's impossible to say. In fact, it's hard to predict even a year ahead these days.

It's a good job that RedShark is published every day!