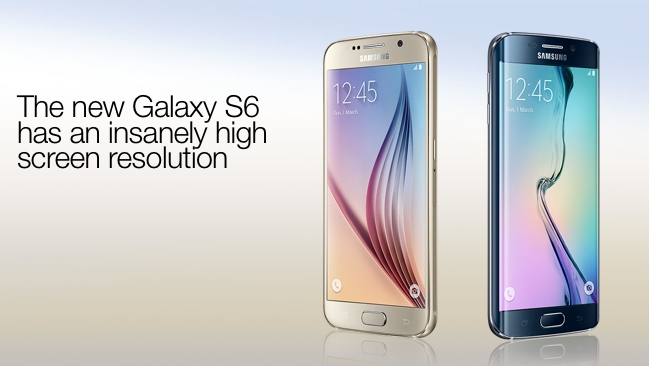 Why do we need so many pixels on a phone screen? There's a good reason...

With the announcement of the Galaxy S6 and the S6 Edge it's clear that the pace of phone development is still frantic, and still slightly pointless, perhaps, as they now sport screens that would embarrass most desktop monitors.

Screen resolution has been one of the relatively few concrete measurements that phones can do battle with. Processor specs are ambiguous and difficult to compare - with Apple's dual core processors faster in some ways that other manufacturers' quad core offerings.

Remember that a phone with what is now a rather old-fashioned resolution like 1280 x 720 is actually as detailed as the screen on an 11" Macbook Air (the only Macbook that still lacks a retina screen). The current iPhone 6 plus has a full HD screen (1080 x 1920) and is stunning. There is no sense in which it suffers from not having an even higher resolution.

So now, the S6, which is smaller than the iPhone 6 plus and the Galaxy Note 4 has a "Quad HD" screen. Not quite 4K (I guarantee that, for some reason, some people will be disappointed by this!) but at 2560 x 1440 it has density of 557 pixels per inch. That's more than enough to make even small fonts clearly readable and definitely more than a typical print resolution.

And that's the important point.

Phones are used increasingly for all types of content consumption. To be honest, it's unlikely anyone would notice the difference between mere ( I said that ironically) HD and this at 2560 x 1440 if they're looking at images, moving or still. But text is different.

With text you get a mixture of verticals, horizontals, diagonals and curves. Verticals are easy to reproduce by a vertical column of square pixels. Same for horizontals - pixels are the right shape in the first place.

But for diagonals and curves it's different. Representing diagonals (or at least the edge of diagonal lines) with square pixels is difficult because at various scales you will get a staircase pattern. There are two ways to reduce the results of this. You can blur the image (which at the pixel level means that you have grey-scale pixels to smooth out the staircase) or you can make the pixels smaller. That's the better option because it gives your eye more information to work on.

And so that's the reason why such an apparently absurd resolution on a screen of this size is justified.

It does hold out the hope that Samsung will make these screens available to electronic viewfinder manufacturers to give us some very bright, sharp and analytical images.