This picture shouldn't be possible with a telephone. The astonishing iPhone Six Plus camera 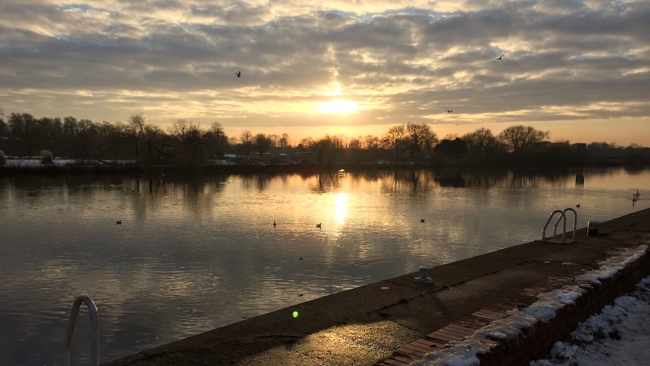 I’ve recently switched to using an iPhone. It’s a Six Plus. My previous phone was a Samsung Galaxy Note 2, so I’m used to the size. It’s amazingly thin, though, and it’s still hard to take in the sheer power of the thing. This truly is Star Trek technology.

My Partner, Celia, has one too - we got them at the same time. Yesterday, she was showing me some photos she took while walking the dog by the river. It was nearly sunset (ie just after lunch at this time of year!) and she took a few snaps.

I haven’t really tried the camera on the Six Plus yet, apart from a few grainy shots in very bad light. But this picture was a revelation. The thing is that this is a near-impossible shot on any camera, never mind a phone. The scene itself obviously looked very nice through squinted eyes, but the chances of taking a good photo by essentially pointing the camera at the sun and just hoping to capture some detail would seem pretty remote.

But, instead, just look at it. All the detail in the sky is there. If you turn the brightness up on your screen, you can see that there’s detail in the shadows and the dark areas.

And it’s sharp too. 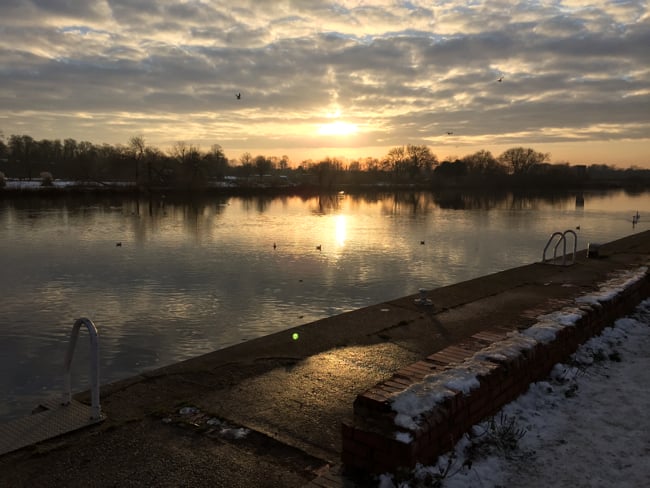 Taken with an iPhone Six Plus camera, automatically set to HDR mode. You can just seen a small green lens flare on the wall beside the river

The camera reported that it had automatically switched to HDR mode - which is the only possible way to take a photo like this. It didn’t ask: it just did it.

I haven't altered anything in this photo apart from reducing the size. I did improve it slighly by adjusting the curves to bring out the shadow detail but I wanted to leave it untouched so that you could see the picture exactly as it came out of the phone.

When you zoom in a long way, you can see that this wasn’t taken with a DSLR. But that’s being extremely critical. The point is that you could print this out and make a poster, and that’s not supposed to be possible with a smartphone camera.

While the sensor resolution in smartphones has crept up (this one has 4K resolution - 8 megapixels - but can’t capture 4K video) the tiny optical systems are the big limitation. But Apple seems to have performed miracles with this camera. The Six Plus has optical image stabilisation, which obviously helps with the multiple exposures needed for HDR. There’s also a thing called “Focus Pixels” about which the only thing that Apple says is

“Focus Pixels are enabled by the new Apple-Designed image processor. They provide the sensor with more information about your image giving you better and faster autofocus that you can even see in preview”.

I think with this phone we have reached the point where you really don’t need to carry a mainstream camera with you. In fact, if you do, it probably won’t be as good as your phone.

Does this impact professionals? No. Only in the sense that if they don’t have a camera with them, they can still take shots that will fool people into thinking they were taken with a dedicated camera. Ultimately, the quality and variety of professional lenses and camera sensors means that they will always stay ahead of smartphones. Of course they will - there are no cost or size restrictions and nothing has to be compromised to fit into the smartphone form factor.

But what Apple has done with this phone is like magic. They’ve taken a tiny lens, applied some very clever processing, and made a camera that takes amazing pictures, easily, in the most challenging of circumstances.