Sony is setting the pace in still cameras for video. How do they do it? 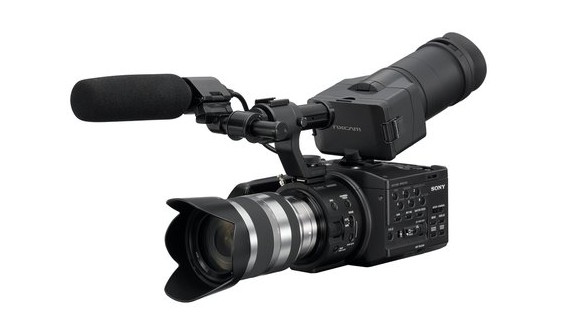 How is it that Sony is now the leading innovator with still cameras that can be used for video?

It’s a strange thing but ever since the appearance of Canon’s EOS 5D in 2008, much of the pace in the development of high definition video - at least at the affordable end of the market - has come from still cameras. That seems really odd when you read it but it’s true. The 5D was incredibly influential and has been used everywhere from wedding videos to shooting an episode of ER.

It starts to make more sense when you think about the move from Standard Definition to High Definition: digital still cameras had HD-resolution sensors about twelve or thirteen years ago, but they weren’t able at that time either to get the data off the sensor quickly enough for video, or to store it cost-effectively (one gigabyte of Flash storage in 2002 cost around $500!).

Digital still cameras from that era were able to shoot video but it was terrible, with sub-SD resolution and stored as MPEG-1: not a great codec by today’s standards.

Six years later, HD video from still cameras missed out the “curiosity” stage and leaped straight to “indispensable”, as movie shooters took to the cinematic look of the 5D like ferrets down a drainpipe.

Meanwhile, Sony was going through what one imagines to be a painful transition (and probably still is): from expensive, heavy and extremely well engineered HD cameras that only top end professionals and large TV and production companies could afford, to smaller, cheaper, file-based cameras that, if not everyone, then a very much larger user base could scrape together the budget for. (The move from tape to file-based storage and delivery was even more excruciating for Sony because for every tape format, you needed one or more expensive tape decks. To cope with an HD production chain, assuming one tape and one camera, you’d need a minimum of $100,000 and much more if you were shooting multi-camera and had a complete edit suite. Now you just install another codec in your NLE).

Sony’s XDCAM range was a worthy and successful intermediate stage between the HD Tape formats (HDCAM etc) and the current sea of low-cost HD cameras, but there’s no escaping the fact that the drop in price from HDCAM acquisition to shooting on a Canon DSLR was precipitous.

Sony didn’t stand idly around, although there wasn’t much of a specific response to the DSLR video revolution until arguably the NEX-EA50EH, which was an “ENG” style camera with an APS-C sensor and an “E” lens mount. It’s not that they weren’t selling lower-cost HD cameras but all of the activity was really with XDCAM for professionals.

Three years into the EOS 5D Frenzy, Sony released the FS100, which was an extremely useful camera with a super 35mm sensor for the sought-after shallow depth of field, to be followed by the FS700 which added high speed shooting and a 4K capability with an external recorder. 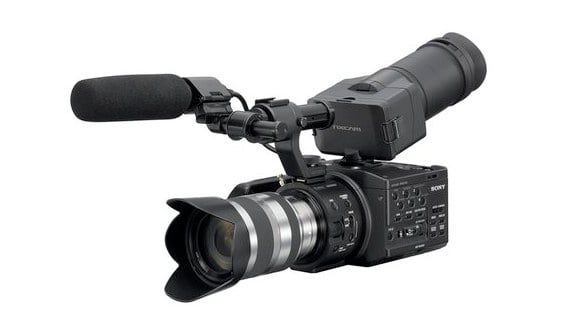 But what about still camera video?

When Sony purchased Konica Minolta in 2006, the result was the Sony Alpha range of DSLRs. Sony had been making digital still cameras for years; their Cybershot range was popular and helped to establish digital still cameras as a viable consumer product. But the Konica Minolta purchase was the catalyst to catapult Sony towards the front of the DSLR field. People bought the new Alpha DSLRs because they were good; not just because they were Sony. But while they were good, and competitive, it’s the Alpha 7 series that have really pushed the envelope, with at least two big surprises in the last year that have dispelled any doubts whatsoever that Sony can innovate with still cameras, big time. No only that, but these new mirrorless cameras are now proving extremely popular with video makers, just like the 5D was.

The Alpha 7S was an extremely unusual camera that seemed to just fall out of the sky. We were forewarned about “an extremely significant announcement” at April’s NAB show in April this year. When we saw the diminutive camera on the table in front of us, accompanied by a handful of extremely (justifiably) proud Sony engineers, it took a minute or two to hit us, that this was a camera unlike any other. Sony makes their own sensors. So, within physical limits, they can do whatever the like with them: bigger, smaller, wider, stranger. They deliberately reduced the new camera’s sensor’s pixel count to boost the light sensitivity by making the pixels bigger. Twelve million pixels is plenty to take a sharp pictures: any more is either a non-essential luxury or just showing off (I’m joking but there’s some truth in this!). 4K is only 8 million pixels, and this new camera does output 4K, to an external recorder.

And just this week, we learned of another innovation: in-camera 5-axis optical stabilisation.

This brings all the benefits of optical stabilisation (less blur caused by camera shake, the ability to shoot in lower light (because of slower shutter speeds/wider apertures) to any lens - because it’s done in-camera.

All of this innovation has happened while Sony has been perfecting their ability to design and manufacture mirrorless cameras. 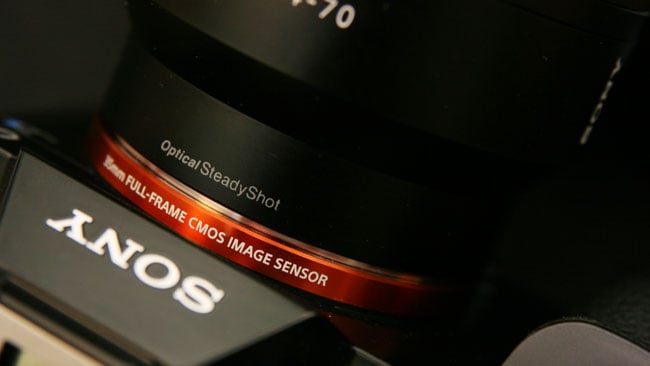 I think what’s happened here is that Sony has managed to pull all its resources together and create a virtuous circle. They have incredible talent and decades of knowledge in digital imaging. They manufacture their own sensors and other chips, including one that is found in an increasing number of cameras, that is able to handle XAVC and its MPEG-2 predecessor, in most varieties. They have almost no equals in the ability to manufacture miniature, precision products and get them out to mass (and not so mass) markets.

And they’re not afraid to innovate.  In fact they never have been. But in the past, they could, perhaps, have been a bit slow to bring their inventions to the market, for the very good reason that they like them to be, you know, finished, before they sell them.

But the world is different now. You have to be able to bring products to market as quickly as possible. And to do that, you have to release them earlier in their development cycle than you might feel happy with.

But that’s OK, because so much of today’s devices carry their core functionality in software rather than hardware. You can see this in the Alpha 7 cameras: same body, but different software (and of course, different sensors).

In future, you can expect to buy more Sony products that have a basic specification that will be improved over time, as firmware is updated, and “hidden” capabilities in common components are enabled.

And the other thing to expect is: the unexpected.

A few people have asked why we haven't talked about Panasonic here, when their GH4 is such a talented camera. The answer is simply that we're telling Sony's story here. They've come from nowhere in DSLR/Mirrorless techology and covered a greater distance than everyone else, at a faster speed. That's not to say that other companies don't have great products; it's just that they have a different story, and it's not this one.