Inside the 5K iMac 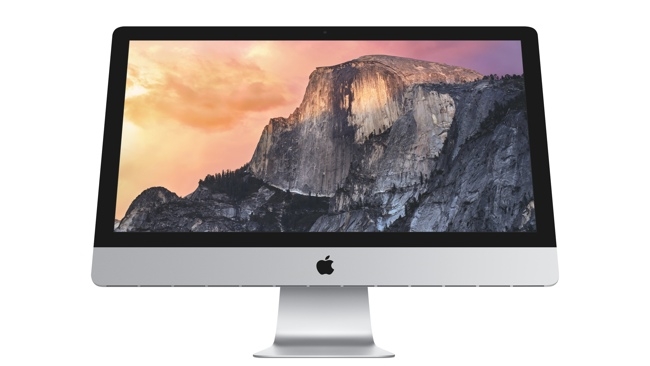 When Apple said they were shipping the 5K Retina, they weren’t kidding and iFixit and has already opened one up on its site . As is typical of Apple when delivering a technological leap, they’ve minimised risk where possible with a chassis and components mostly unchanged from last year.

Unlike the new Mac mini’s, RAM is easily upgradeable through a dedicated hatch. It’s even possible to upgrade the socketed CPU and HDD/SSD storage - although the practicalities of removing that huge 27-inch 5K screen to get inside is for determined DIYers only.

Apple’s custom TCON chip for driving the 5K display is married to a broader than usual data connection cable, plus a display board with a host of Texas Instrument chips.

In terms of performance, it should be noted that Apple provided their flagship iMac with the option of the 4GHz Core i7-4790K - basically the fastest Haswell CPU for most single-threaded tasks. Moreover, it doesn’t lag behind the Mac Pro in multi-core performance as much as you might expect. Geek bench comparison here; The graphic card options are, however, still chosen for the slimline chassis more than performance - laptop rather than desktop class.

The overall performance matters because if you move away from its proprietary video connections - to say a Mac Pro - then driving a 5K display would equate to DisplayPort 1.3 and Thunderbolt 3 with Intel’s Skylake chip. That’s to say, the CPU shipping after Broadwell… This also means it’s not possible to drive that 5K iMac screen with an external computer.

Dell’s imminent $2500 5K display gets around this issue by using a pair of Thunderbolt 2 ports to drive the screen, but until it’s shipped and tested, there’s no way to know how well that will work and the price is, of course, on a par with the iMac screen (which comes with a computer included).

Consequently, more than a few Mac Pro owners are giving the iMac a long hard look. Marco Arment is one of those jumping ship and he makes a good case why on his blog.

The thermal constraints of an iMac built for looking good versus a Mac Pro built around a cooling system shouldn’t be forgotten, however, and a Mac Pro update should be imminent. Intel ‘Grantley’ Xeon 3 v3 processors are due to ship soon, while AMD’s FirePro graphics cards are being refreshed - which should mean an update for the custom range used by Apple. This could give the Mac Pro a significant performance boost, but there may yet be a long wait for an Apple 5K Cinema Display.