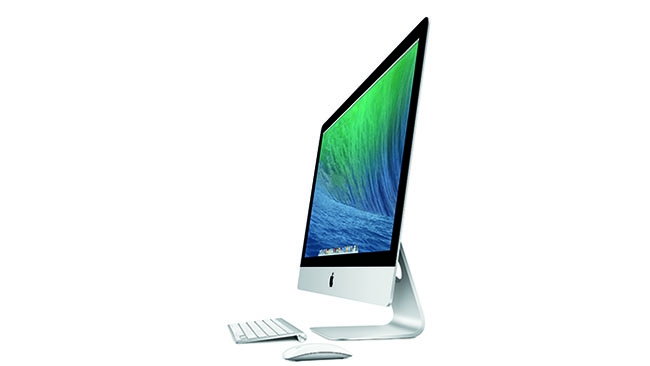 While full details are thin, tech specialist Jack March’s source (via his site) claims the 27-inch model will be the only option for Retina 5K, and the pixel resolution will be set at 5120 x 2880 (4K monitors are set at 3840 x 2160), while the current 27-inch iMac’s resolution is 2560 x 1440. The 5K iMac will also reportedly ship with an AMD Graphics card, like the latest Mac Pro systems use. The current line-up has NVIDIA GPU cards.

Finally, expect Apple to announce the new 27-inch Retina iMac at its special fall announcement, likely to be held on October 21 or thereabouts, where the tech giant will introduce OS X Yosemite, new iPads (including the oft-rumoured 12-inch iPad Pro), a 12-inch MacBook Air (or Pro), and some updated iPod goodies.

All of this begs the question, what about the Thunderbolt Displays going ultra high def? There have been strong rumours for a while that Apple would finally release a 4K monitor to pair up nicely with its beautiful and fast, late-2013 Mac Pro. It made sense, because when Apple introduced the Mac Pro in June 2013, they talked at length about powering up to three 4K monitors to edit video with, or create graphics and animation. However, when the Mac Pro dropped in December 2013, Apple was selling an expensive Sharp 32-inch 4K display, set at $3600.

If Apple announces and ships a 27-inch 5K Retina iMac this fall, it makes complete sense it will also introduce a 5K Thunderbolt Display. The current 27-inch iMac, as mentioned above, has a resolution of 2560 x 1440, and the 27-inch Apple Thunderbolt Display is also set at 2560 x 1440. It is also glossy, which can be a bit of a pain for those doing graphics-intensive work, or colour correcting; glares and reflections are tough to get around.

Stay tuned, as Apple should make its annual ‘we have more to show you’ announcement in late October, just as the holidays get going in the US.