What should Canon do next? 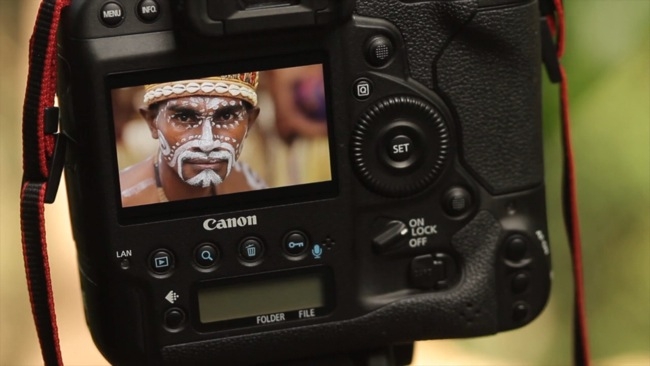 Canon's cameras are brilliant but their product ranges are confusing. What's more, other manufacturers seem to be out-innovating them. What do they need to do next?

I saw an article recently with a title something like "Rumour: Canon 5D mk IV to have 4K". It's not really much of a rumour. It's a bit like speculating on Monday that tomorrow will be Tuesday, except that there is a small chance that the next iconic Canon DSLR will not have 4K. That would be a surprise, though.

But when you think about this, it does make you wonder what Canon could do next to surprise people. Sony certainly has taken the lead in terms of sheer innovation, with their RX10 - not a DSLR but a surprisingly sharp camera with a fixed lens that makes it a serious still and video-making tool for professionals who want a camera they can carry with them at all times - and the A7S, with its stupendous low-light talents and a 4K capability if you use an external HDMI recorder. 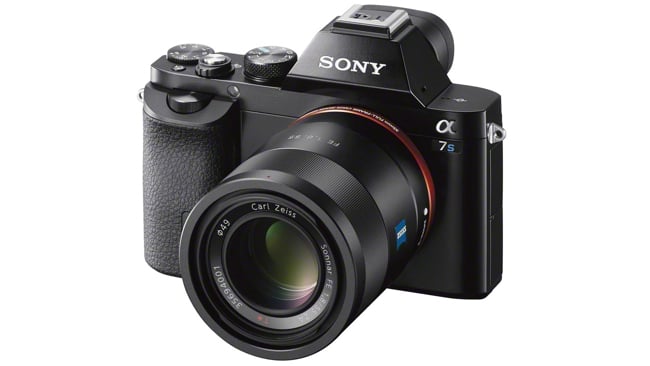 Of course Canon has its Cinema camers, which have, by most accounts, very good quality. But the only camera in this tri-product range that has 4K is the C500, and that, compared to the alternatives, is now looking rather expensive (only the C500 can output raw files and 10 bit).

What to do next

So, seriously: what does Canon do next?

Well, I think the next big innovation might not be with the 5D series. 4K is virtually a given, and that will be sufficient to distinguish the next generation from the previous one. You'd hope there would be some reasonably high bandwidth codec choices as well.

Where I think we should look is in the successor to the 1D series, one variant of which, the 1DC, can already record 4K, albeit in an unusual way, which is direct to MJPEG.

And it's the MJPEG that perhaps gives us a clue to this camera's future.

One of the things that really appealed to me about the 1DC was the way I could shoot 4K video that would look good without any processing. I know this goes against the grain in that people expect to have to post-process their video now from raw footage, carefully colour correcting it to get exactly the right look. But for me - and I suspect a lot of people - it's just incredibly useful to be able to shoot something and have it come out of the camera pretty much exactly the way it looked in real life. And immediately useable!

Even better than that, though, is that because MJPEG is an intra-frame codec (in other words, each frame is complete in itself and doesn't depend on any frames before or after) it's easy to take a single frame, based on around 8 megapixels at 4K, and use it as a still photograph. 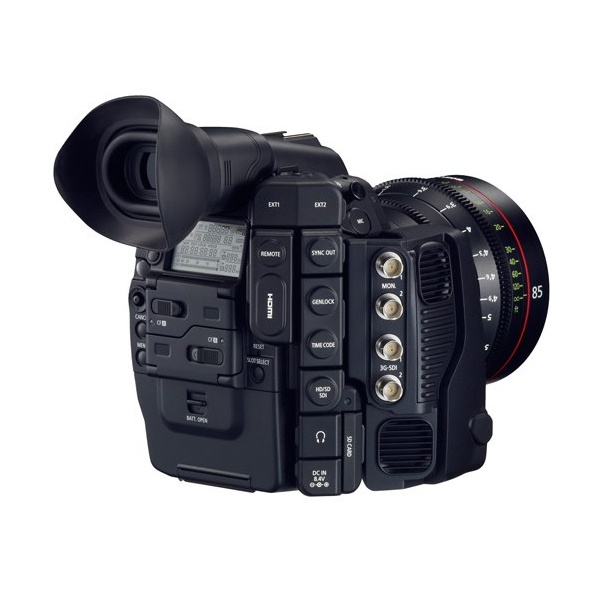 Being able to select the exact frame from a choice of thirty per second is an extreme luxury for a photographer. You may have thought that this would only be of interest to sports photographers, but in real life, it's very hard, when you're shooting in high resolution, to get a shot with exactly the focus you'd like. This is especially true when you're trying to capture faces for portraits. With a large sensor and low-ish light the depth of field can sometimes be measured in millimetres. Which means that unless your subject has their head in a clamp, their face is going to go in and out of focus.

That's exactly what I found when I was testing the 1DC. And the ability to select a single frame meant that I was able to use the one or two shots (frames) that were actually in perfect focus.

What I think the next big move in DSLR cameras will be  is the ability to take video at much higher resolutions than 4K, in order to facilitate the extraction of higher resolution still frames.

4K video yields roughly 8 megapixel stills. 5K would give you 14 megapixel frames, and with 6K, you'd be outputting pictures with 21 megapixels. This is more than enough for almost any purpose, including print publishing in glossy magazines.

Of course, no-one is going to mind if you can make video at higher resolutions as well. Red has been doing this for years. And down-resed to mere 4K, it would look superb!

Now, please don't think that this speculation is anything more than just that. Canon doesn't talk about their future products any more than Apple does, so all we can do is, well, guess.

But the more I think about this, the more sense it makes. Better low light performance is one way Canon could go. Perhaps - for video users - they could make a global shutter sensor (remember that Canon, along with Sony, is one of the few camera manufacturers that makes its own sensors).

Once you've had the experience of being able to choose a high-quality still frame from a 30 fps video (or potentially faster!) you will never want to go back to "conventional" photography, which suddenly starts to look like the product of pure chance in comparison.

How likely is this?

So, how likely is this idea? And is it something that people really want?

Well, I'm only basing this on my own experience but I suspect once people have tried this they will want it. I have seen many reports of users shooting 4K video with their 1DCs expressly for the purposes of still photography.

Whether or not this will happen is another matter, because there are some pretty big technical barriers. Even though the increase from 4K to 5K doesn't sound like much (5K minus 4K = 1K), the it means that the number of pixels involved goes up from around nine million (we're talking about true 4K here - not UHD) to fourteen. Going from 4K to 6K would increase the pixel count from nine million to twenty one million. That's a vast increase in data for a linear increase in resolution of only 50%, but it would provide sharpness and a greater ability to crop the resulting images creatively.

Just to put this into perspective, the new Sony A7S has approximately twelve million pixels, and the current Canon 5D Mk II has eighteen million.

Such an increase in data rates - and the consequent file size - might be a step too far for a DSLR. But don't forget that this resolution jump wouldn't be primarily for the purposes of capturing video. If you're capturing thirty frames per second so that you can select the best one for a still image, then short clips would probably be sufficient. That makes it easier to buffer them to fast, on-board memory, writing them out to slower flash memory in as long as it takes.

I think this would be feasible. It's not as if the sensors don't exist. It's just a matter of finding a way to write and store all that data effectively.

I hope Canon does something like this. They don't have to. There are several other ways they could get back into the lead. Cheaper cinema cameras would be good. Raw video would be good. Global shutters would be excellent.

Canon is something of an enigma. They have multiple professional product ranges that seemingly overlap in important and confusing ways. The DSLRs shoot video. So to the Cinema cameras. The C500 captures 4K, and so does the 1DC. And on top of all of that, they have their actual, dedicated video cameras.

But DSLRs seem to attract most of the attention, and I think it would be very good for Canon if they were to set the pace by bringing out DSLRs that can capture 24 or 30 frames per second at 5K or 6K for the purposes of extracting still photos. That would probably by my ideal camera.

Read about the Sony RX10 here

Read about the Canon 1DC here

Read about the Sony A7S here