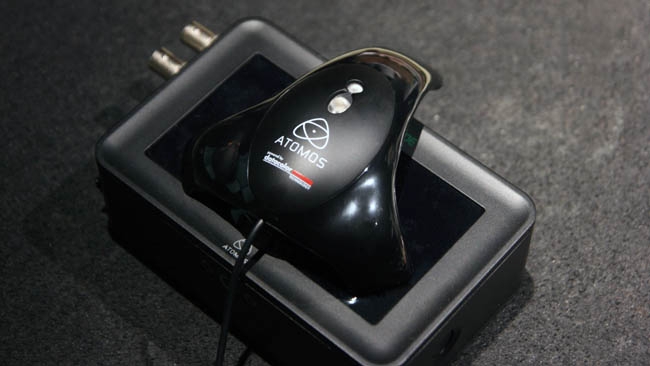 In an ideal world, there ought to be no need to calibrate displays

The absolute colorimetry of a monitor is determined by the RGB colour dyes, the backlight and the TFT panel itself in a TFT display, or the output of the OLED elements in a monitor of that type. Electronics and software can play within the boundaries set by those factors, but at some point, we must know exactly what colour light comes out of a monitor when we ask it for a given proportion of red, green or blue light. These things are to some extent fixed at manufacture, but as anyone who's tried to mix the same paint colour twice knows, that manufacturing process is, despite exquisite care, inevitably somewhat variable. Bigger-ticket displays get closer to the ideal, but even then, no matter how carefully something's made, it will drift in use. Dyes fade, backlight tubes and LEDs dim and discolour, and even wunderkind OLED technology has – or at least certainly had, in its first generation – a tendency to age, and particularly to lose blue output over time. Cold-cathode fluorescent and LED backlights even change their performance as ambient temperature changes.

The performance of a monitor is not fixed

For all these reasons, the precise performance of a monitor is not fixed, and for accuracy it must be adjusted using calibration tools. And in the end, the only way to determine the colour performance of a display is to use instruments capable of detecting and characterising the light that's actually being emitted. The fine detail of doing this is outside the scope of this article, but it involves some tricky characterisation of light detectors which tend to have varying sensitivity at different wavelengths anyway, and therefore need normalising using filtration and clever mathematics.

An example of such a device is the Spyder probe, manufactured by Datacolor and supplied as part of Atomos' calibration package for the Samurai Blade recorder. One reservation about the previous Atomos recorders was that the display was not good enough that a camera department could rely on it as the main monitoring device. While the Blade's display is still a TFT and not full 1080p resolution (nothing is at that size), it's certainly streets ahead of the company's previous efforts in every respect and it's certainly worthwhile to offer a calibration option.

The probe itself is clearly intended for larger displays, although it fits neatly enough on the Blade's nominally 5” display (nearer four and a half inches diagonally) with one of the feet clear of the edge. This is good because the sensitive area of the probe needs to be placed flat on the front of the display, minimising the leakage of ambient light. The only other prep I had to do was to update the firmware on the recorder, which is a simple matter of downloading the update package from Atomos' site and putting it on a 2.5” disk, then putting that in the recorder. Updates take a few minutes, actually longer than the time to calibrate the display, during which time the recorder produces patterns on screen which are so entertainingly reminiscent of a 1980s ZX Spectrum loading from tape that I can't believe the resemblance isn't intentional.

Calibrating is an extremely straightforward procedure - simply connect both the Blade and the probe to USB ports on a convenient computer, run the software, and hit a button.  The approach is more or less what one would expect: the Blade displays a series of colour fields at various intensities, which the probe observes. There's a second phase where the calibration visibly returns to some key points in the intensity ramp and fines-up its results. The calibration software provides a graph comparing the performance of the device under test to ideal, and the Blade's display visibly updates with a new lookup table when the process is complete.

At the time of writing, the cost for the Spyder calibrator for the Samurai Blade is £89, €109 or $149. This compares favourably to the cost – nearly double – of purchasing a Datacolor Spyder probe and software separately, although the Atomos-supplied probe can only be used to calibrate a Blade. Those interested in calibrating other displays will need to buy one of the full Spyder packages from Datacolor. This seems like a bit of a duplication of effort, but perhaps what's most interesting are the implications made by the calibrator about the capability of the Samurai Blade as a piece of hardware. It has, by definition, the ability to load lookup tables, something useful to people shooting log and log-like formats for later grading. At the moment there is no way to manually upload a user LUT (either with or without a display calibration built into it), but this would be a massive additional value to the device, especially if it could be persuaded to impose that LUT on its SDI output. Right now, the only option for calibration is Rec 709, and the only display options are either 709 or (via an internal menu) Canon's C-log, which is a bit of a shame given the clear capability of the hardware. 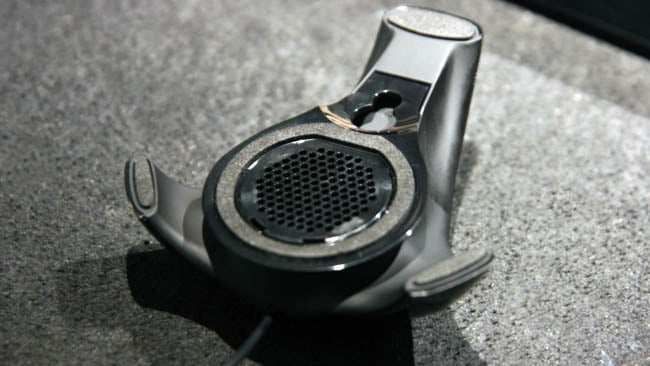 Actually evaluating the results of something like this is made somewhat more difficult by the necessary subtlety of the changes made by calibration. Display manufacturers do their best to create standard displays, and Atomos will have done their best to pick a good one, so the difference between the uncalibrated and calibrated display is not night and day. For the particular Samurai Blade I had on review, the difference was a slight reduction in saturation, particularly in the red channel, and a small reduction in the brightness of midtones and highlights. This is a reasonable result that passes a quick-glance sanity check applied by anyone used to calibrating modern TFT displays. Subtle as it is, though, the knowledge that the display is as accurate as a TFT can get does inspire confidence, and perhaps even emboldens people to better, more adventurous camerawork.