The staggering size and scale of IMAX 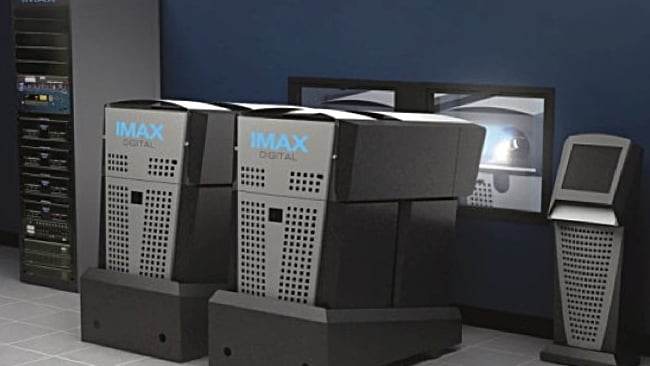 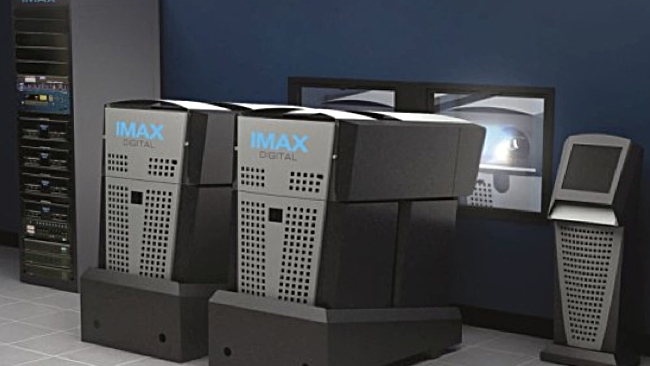 Did you know hat you can fit an IMAX digital film on a USB Flash Drive, but on celluloid, it would weight 250 Kilograms (550lb) and need a fork lift truck to move it?

Until recent advances in digital imaging technology, IMAX was the largest film based cinema presentation format in the known universe, able to display images with amazing clarity and    detail on a screen up to 8 stories high. Simply stated, 1570 reigned supreme as a cinematic   experience aptly named by the Imax corporation who developed it, as The Imax Expeience.

The 1570 designation stems from the fact that the Imax frame has 15 perforations on 70mm film being pulled horizontally through camera and projector respectively. The camera negative is actually 65mm format, release prints are printed on 70mm stock.

The area of the frame is about 52mm high by 70mm wide (2 inches by 2.75 inches). This film frame is 10 x larger than that of traditional cinema film (often referred to as 35mm). The IMAX GT projector utilises 15,000 Watt water-cooled Xenon lamps to project the large film frame onto the giant screen while  the GT 3D projector uses two lenses and associated lamps!

The film is projected at the rate of 24 frames per second, and passes through the projector at the rate of 330 feet per minute or 5.5 feet per second. A typical 40-minute 2D IMAX film print is comprised of about 57,000 film frames, and if out-stretched, would span a distance of about 2.5 miles.The Rolling Loop advances the film horizontally through the projector in a smooth, wave-like motion during projection, each frame is positioned on fixed registration pins, and the film is held firmly against the rear element of the lens by vacuum.

The first feature films to be screened in Imax installations, were Digitally remastered feature films shot originally on film. IMAX's proprietary Digital Media Remastering process, (DMR), allows conventional films to be upconverted into IMAX format. This special digital intermediate technology allowed films shot on 35mm for conventional theatres to be shown in IMAX venues.
The original negative is scanned in at great resolution, digitally graded and 70mm release prints are struck. Since 2002 many Hollywood films have been remastered for IMAX. Apollo 13 was the first DMR film to be released in the Imax format, originally released in 1995. 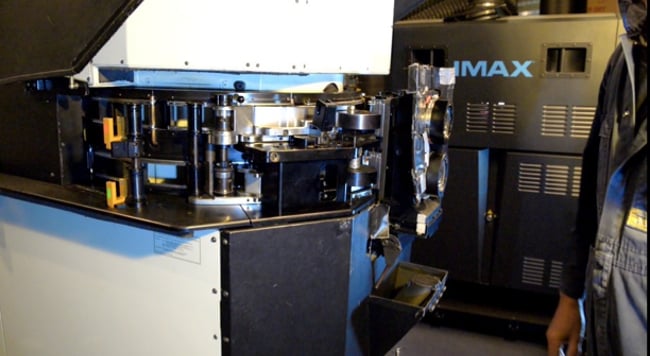 Up until the 45 min platter limitation was imposed by the system, feature length films were not able to be displayed in Imax installations. Nowadays that limitation has been overcome and the max length of 185 min means that blockbuster Hollywood feature films can be formatted for Imax distribution. A print of the Hobbit runs for close to 162 min, and a 3d presentation will have double the amount of print footage, projecting separate reels for each eye. The IMAX® 3D    projection system is made up of 2 projectors (projecting the separate left-eye and right-eye images onto the screen) via polarized lenses.

Because of the sheer amount of detail that 70mm film could resolve, and the brightness of the image that such a large image area could display, digital was considered to be sub standard in assailing the supremacy of film when it came to the Imax system. The speed with which this last bastion of analog technology was able to be challenged by the digital revolution, took everyone in the industry with great surprise when the first films began to be projected digitally in 2008.  In 2008, Imax Corporation began the rollout of its digital projection system, which uses two Christie 2K projectors and proprietary image processing.

Skyfall, the twenty-third James Bond film, was one of the first all digitally produced films to show in IMAX. It was shot on HD digital cameras framing for not only the 2.35:1 theatrical aspect ratio, but also a 1:90:1 aspect ratio for the IMAX version of the movie.

Imax in Sydney had the digital conversion done just 12 months ago, now being able to switch between  conventional film and digital projection depending on the delivery format for a particular program. The film's bulk requires platters rather than conventional film reels. A full feature film will fit on a HDD the size of a typical external USB drive, while platters with a 2.5 hour feature film weigh 250 kilograms (550 lb) and is lifted on by a forklift. IMAX platters range from 1.2 to 1.83 meters (3.9 to 6.0 ft) diameter to accommodate 1 to 2.75 hours of film.

The Darling Harbor Imax screen in Sydney, which commenced operation in 1996, is currently the largest screen in the world measuring a massive 36 meters across by 30 high with a max seating capacity of 530.

The Digital projectors use lamps of 6.5 k watt power and are paired as twin 2k resolution system   where each projector projects the same image to enhance the brightness and apparent resolution on the giant screen. The proprietary special 6 channel digital audio sound system helps to enhance the audience’s overall enjoyment of the huge image and immersive environment which it was designed to create.

The next generation of digital projectors expected to be released by late 2014, will be IMAX’s brand new 4K digital system that utilises a Laser Light engine (rather than Xenon lamps).