Should we be using low contrast camera modes (like "Cinestyle") to make our video look like film? 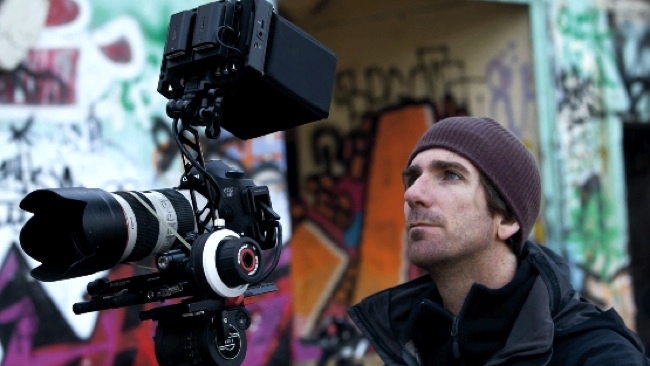 Low contrast modes are popular with DSLR cinematographers wanting to extend the dynamic range of their footage. It seems a good idea in theory - but does it really add up? Phil Rhodes investigates

Recording pictures which look, on conventional monitoring equipment, as if they're very low in contrast is a popular technique. A discussion of the origins of this approach is complicated by the fact that many early video standards used various types of contrast processing not only to improve perceived image quality in a world of analogue broadcasting but also because of intrinsic technical limitations and the sometimes-esoteric behaviour of the available equipment, and it's complicated further by the lack of standardisation and frequent use of misnomers in current practice. Few if any cameras, for instance, really produce a precisely logarithmic output, and even if they tried to, it's difficult to make comparisons against a theoretically linear image because few sensors actually give us one to begin with. Manufacturers tend to do what they think makes their equipment look best, which might be fine, but what it means is that this is not, or at least not yet, a field of absolutes. 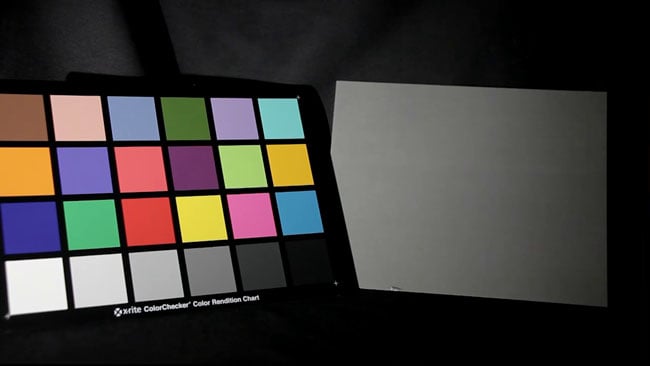 Brave attempts to implement it on DSLRs

But in the broadest possible sense, the idea of recording an image of wide dynamic range such that it can later be processed – via grading – into a viewable image of conventionally appropriate contrast is now widespread. So widespread, in fact, and so fashionable, and so identifiably a technique of the high end, that people have for a while been making brave attempts to implement it on DSLRs. Perhaps the best-known example of this is Technicolor's Cinestyle, a picture style intended for use with Canon's DSLRs. First released a few years ago, it was seized upon by the DSLR community who immediately began comparing it to the flat-looking output of high end cameras in log mode, as viewed on a conventional Rec. 709 video display. There have been many other, similar attempts to persuade cameras like the 5D marks 2 and 3 to produce low-contrast, maximally-gradeable images.

The mathematical approach taken by the best examples is to ensure that each stop of dynamic range occupies the same number of code values in the file. This is an approach we discussed here on RedShark a while ago, using the Blackmagic Cinema Camera with its factory-defined log setting, and it's very valid. Not only does it produce something that looks subjectively low in contrast, it also ensures that potentially useful image information particularly in the highlights doesn't end up being compressed into just a few code values by the aggressive contrast of Rec. 709 or any similar harsh, video-oriented configuration. These standards don't specifically destroy dynamic range, at least not in the main, but they certainly do try to reduce the brightness of the very brightest areas of the scene to a point where conventional displays will produce an image that a standard observer will consider normal. Attempts to alter this, by stretching those highlight regions back out, for example, will quickly encounter precision and noise problems as a result. Recording log, or something like it, avoids the issue of having a video-oriented encoding destroy lots of highlight precision, even if it doesn't absolutely clip information.

All stored with the same precision

By these techniques, whatever parts of the camera's luminance range we eventually choose to use in our final image, they're all stored with the same precision. This is fine and great and exemplifies the approach of recording low contrast images for tweaking later. The problem is that what we're fundamentally required to do, if we consider the practical differences between log and non-log encoding, is to add what can seem like a very large amount of contrast, often in the form of an S-curve of some type or another. Do this with the gently-compressed (or perhaps even uncompressed) image from an F65 or an Alexa and all is well. Full, manual control over highlight behaviour becomes available to the colourist, and the subjective increase in compression artefacts, given the extremely low-noise images produced by these cameras and the high bitrates used to record those pictures, is negligible.

Do it on a DSLR, though, with it's h.264 compression of a couple of dozen megabits if you're lucky, and its power, cost and bulk-constrained electronics, and you're in a rather different situation. This is now a very heavily compressed image, and adding the necessary contrast – unless you actually want a low-con, grey and foggy picture – is likely to exacerbate compression artifacts cruelly. 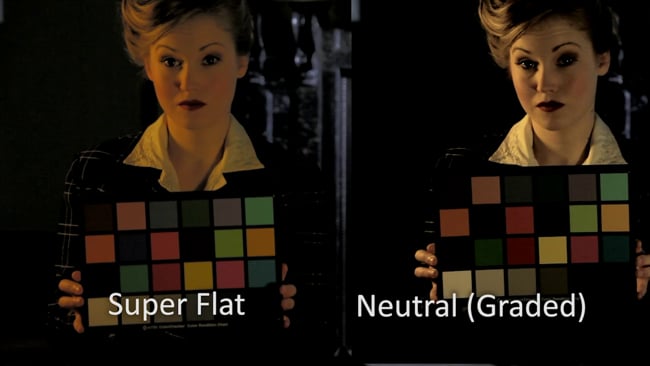 So, for all these reasons, the drive for low-con imaging from DSLRs is often misapplied. People serious about image quality will either consider something like Magic Lantern, which allows many Canon DSLRs to produce comparatively superb uncompressed images which are stored with sufficient precision to greatly ease concerns of luminance resolution, or get something like a Blackmagic Cinema Camera. The Blackmagic offers a true log workflow straight out of the box, with an option to shoot completely uncompressed. This is an absolutely huge level of capability for such a cheap device and permits log-hungry cinematographers to implement the workflow very nicely at a price point that's considerably cheaper than many DSLRs.

But low-con curves in DSLRs are, in my view, often ill-advised. On many 5D mark 2s, a little extra real dynamic range could be brought out by reducing the contrast setting two or three clicks (Technicolor recommend four for use with Cinestyle). Certainly, the Neutral and Faithful picture styles are less obviously clipped, saturated and contrasty than Standard, remembering that saturation can clip as easily as luminance. And there's no theoretical objection to Cinestyle. It does what it sets out to do. Discussing this issue with Technicolor people, I get the impression that it was really developed to assist people using DSLRs as crash cams and in restricted spaces on higher-end shows, where it's a useful ability to drop the resulting h.264 files into a preexisting log workflow that was designed around a higher end A-camera. I also note that Technicolor are now offering a version of Cinestyle with increased contrast, a move that's hard to decry as it may solve some of the problems mentioned here. And finally, I don't mean to unfairly sledgehammer Technicolor here – their picture style behaves as advertised, and many other people have released styles which try to do the same thing. Technicolor are a venerable and experienced company who know exactly what they're doing – I just wish they wouldn't promote Cinestyle for general DSLR filmmaking.

Ultimately, though, with heavy compression on DSLRs, it behoves cinematographers to select a sensible, reasonably conventional picture style – I tend to start with Neutral, with a click less saturation and two less contrast – and do their best to make it right in camera. Anything else requires far better recording.