Defeating aliens with a Steadicam arm 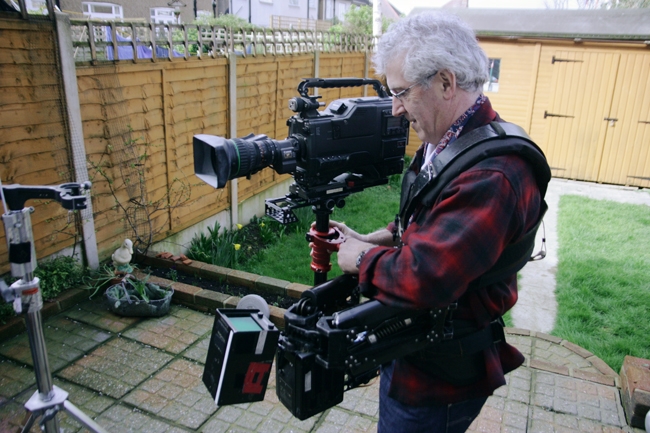 Joe McNally with a Model 3A Steadicam arm

Most of us are happy to make a camera last two or three years before the creeping wave of obsolescence catches up with us. To some people, that's a reason not to own camera gear, or at least not if you aren't sure it'll be in profit within ten to fourteen months. What's always been a better bet is lighting, lenses, camera support, grip equipment – and things like jibs and Steadicams, because these things remain relevant indefinitely. 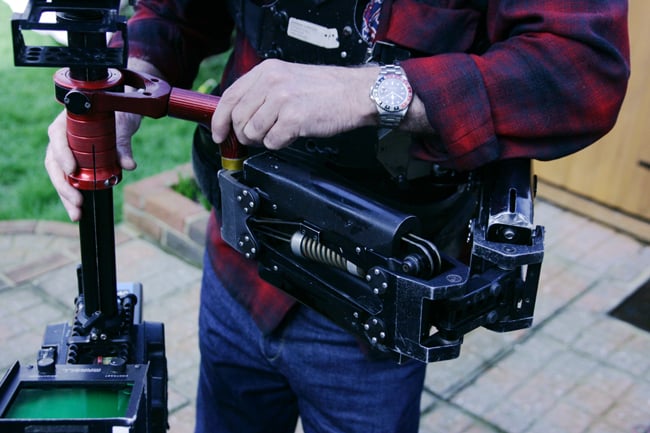 The use of Steadicam arms to support machine guns in James Cameron's 1986 classic sci-fi actioner Aliens is fairly well known. The idea was revisited – perhaps with rather less success - in one of the Predator sequels. What's less well known is that at least one of the two arms used as props in the film is still alive and well and supporting cameras. Jimmy Jib and Steadicam operator Joe McNally, a fixture of broadcast production and television based in south London, has owned Model 3A Steadicam arm #506, reputedly used by Jenette Goldstein as Vasquez, since the complete package including it was sold by Channel 5 News (other Steadicam components used by Mark Rolston as Drake were sold to operator Vince McGahon). Channel 5 had used it in studio operations and purchased it from the late, great Steadicam operator John Ward, who supplied two vests and two arms to the Aliens production. 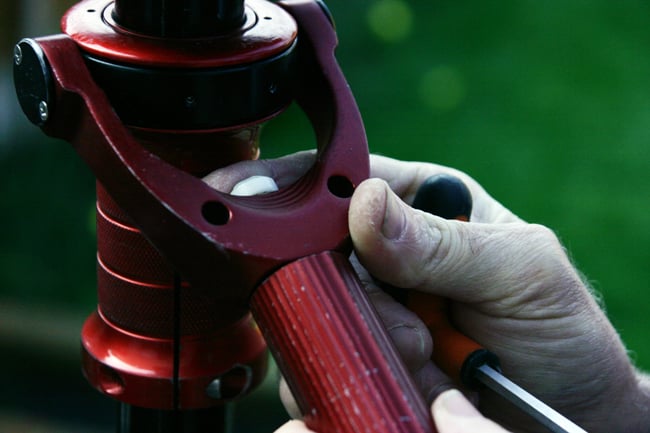 Aliens was shot almost thirty years ago. And while the vest was quite severely cut up to fit Jenette Goldstein (particularly petite Steadicam operators have also resorted to custom-made vests) and was unusable after the production, arm 506 still works alongside its original sled. The green-screen CRT monitor, the zenith of technology in the mid-80s, is based on tricky voltage-tripler technology of somewhat dubious reliability by modern standards, and has been replaced with a succession of more modern options. Pictured here with a much more recent Marell green screen, it's more commonly used with a high-brightness TFT. The gimbal has been replaced with an early Baer-Bel model and the electronics in the bottom compartment of the sled have been removed, since modern monitors tend to include most of what was provided by them, and because some of the functions existed to support obsolete accessories. But all of these parts worked (having been given reasonable maintenance and repair) when they were removed a few years ago, and the only other signs of age are reasonable wear and tear on the anodised coating. 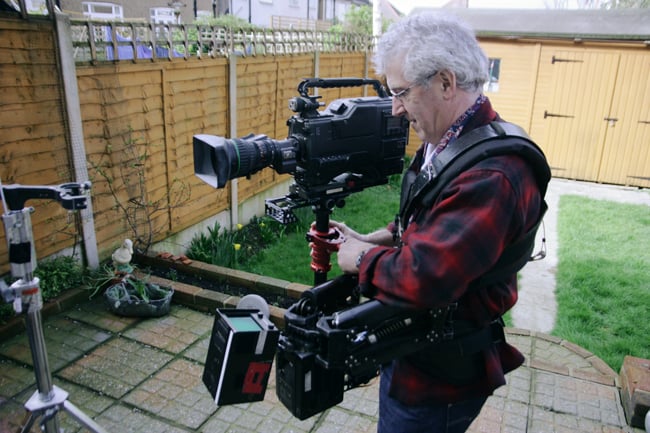 Clearly, these things were built to last.

The enormous weapons themselves – German MG42s of even greater vintage than the steadicam – were of course dressed and mounted on the arms specifically for the production. Anyone who's seen the opening scenes of Saving Private Ryan will have seen the MG42 in action, mowing down hapless soldiers by the handful and issuing the deafening report made characteristic by its high rate of fire. Cameron reportedly spent two days tweaking the gunfire sound effects for Aliens at a point in postproduction when there really wasn't time, but given the reputation of the film, I don't think anyone's going to argue with him about it now. 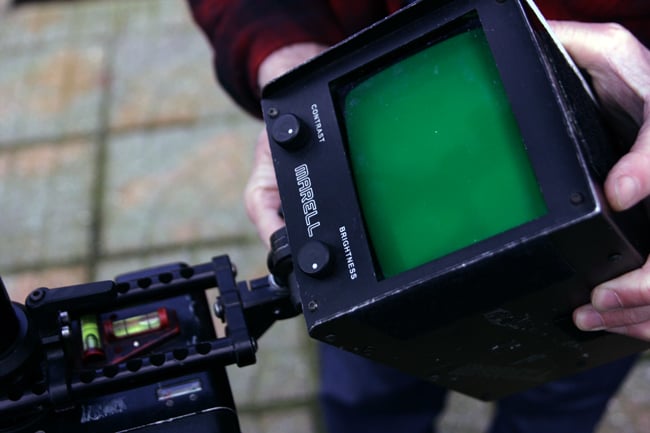 In an effort to make this article at least somewhat relevant to filmmaking as opposed to encouraging people to gaze longingly at muzzle flash, we ought to discuss the fact that 506 is a gold-spring arm. Gold springs provide the highest weight rating for 3A arms, intended to carry heavy and heavily-accessorised film cameras. More recent arm designs provide for greater adjustability and more consistent ride with cameras of various weights, but many operators still swear by the 3A arm. Its tendency to self-centre light cameras is useful for certain types of shot, and it handles heavy cameras with ease. Australian manufacturer Steadyrig builds brand new arms to a very similar design today.

Anyway, if anybody encounters any difficulty with predatory xenomorphs, we know who to call.