Asus's 4K ultrabook might be ideal for mobile editors and animators 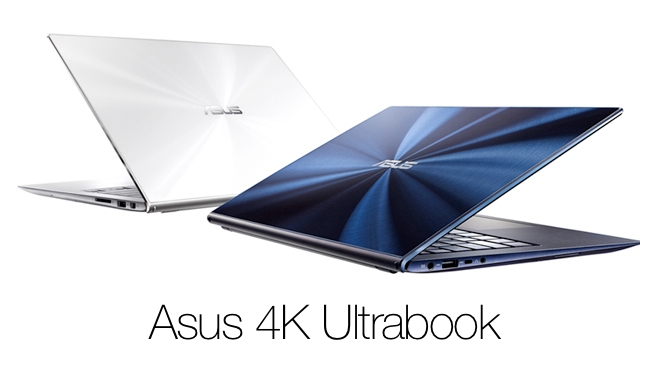 Until recently if you were a video creative you might have dismissed the idea of an "Ultrabook" computer as being a bit feeble for any serious work. A bit like the Macbook Air which is pretty much ideal for mobile writers and spreadsheet gurus, the more generic category of Ultrabooks are usually thin and light but not necessarily up to the demands of video editing and 3D animation.

Well, it's quite possible that Ultrabooks will never be as fast as fully-fledged workstations and laptops that are much, much thicker, noisier and heavier, but they do appear to be getting close enough to be sensible choices for digital media workers on the move.

And one way in which they definitely don't lag behind their more massive cousins is in screen resolution. We've already seen the Dell M3800 which has a so-called "Quad HD+" screen - pretty dense but not quite 4K - and now ASUS is bringing us its Zenbook NX500 which has a genuine 4K - Class screen (actually, strictly UHD at 3,840 x 2,160) with an Nvidia GTX 850 graphics board and an Intel i7 chip. At just 19mm and weighing 2.2Kg, it's very portable.

There's no word yet on price or availability but what we do know now is that this class of computer will probably get cheaper and will be a very good option for busy creative people.

Just a side note - I've been using a Dell 4K monitor for a while now, and while it's a lot bigger (32") I can definitely say that it's a massive boon to creative work. Even on a laptop you'll notice the difference. It may be a smaller screen but you sit so close to it that photos and movies will look extraordinary sharp. And if they don't - you'll know there's something wrong with them!

The NX500 was announced at Computex this week but there's no word on pricing or availability.