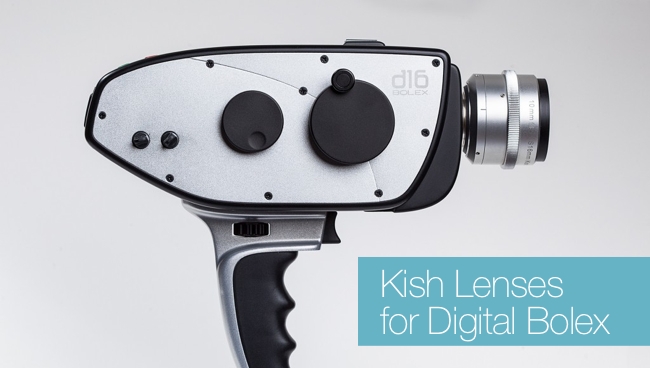 Along with the recent release of the D16 Mono-chrome camera, Digital Bolex has unveiled the latest, and very close to final, version of their Kish Prime Lens set.

The lenses come in 10mm, 18mm, and 38mm and operate with a fixed aperture of ƒ-4.  The are said to have a one-hundred and eighty degree focus rings that are designed to be compatible with follow focus systems.

According to their announcement, the team at Digital Bolex chose to produce the lenses with a fixed aperture sprung from the desire to create a superior lens at an appealing price point.

“What we found was that designing a basic lens with a really nice image was relatively straight forward, but when the F-stop changes it gets a lot more complicated.”

The major costs behind designing and producing lenses isn’t simply related to materials.  Beyond the basic components of metal and glass, elaborate engineering is required to make lenses that don’t vary in color reproduction or image resolve.  This is an important approach, since the lenses are designed primarily for use on the D16, a camera that has always had an emphasis on color rendition.

“Top quality lens manufacturers spend a lot of time and money trying to get a lens’s performance curve to be consistent across a large F-stop range. This causes lenses to be much larger, have more elements, and of course cost much more... instead of building lenses with many thin elements, we designed lenses with fewer thicker elements. This is cheaper and easier to design, but much more difficult to manufacture. It took a long time, but we are now very happy with the lenses we have.” 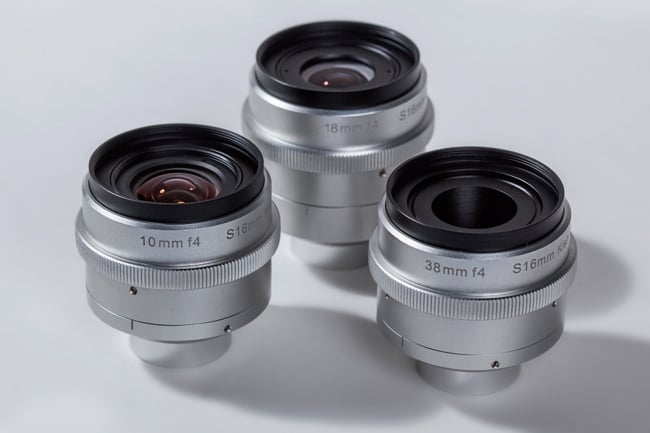 The lenses are compatible with Micro-Four-Thirds format cameras too.  According to the folks over at Digital Bolex the 18mm and 38mm will completely cover the sensor of a MFT camera, while the 10mm vignettes just a small bit.  This is apparently because the newly developed lens housing

The lenses will be available for pre-order soon in the Digital Bolex store and are expected to retail for between $300-350 each.