How to avoid explosions and be safe 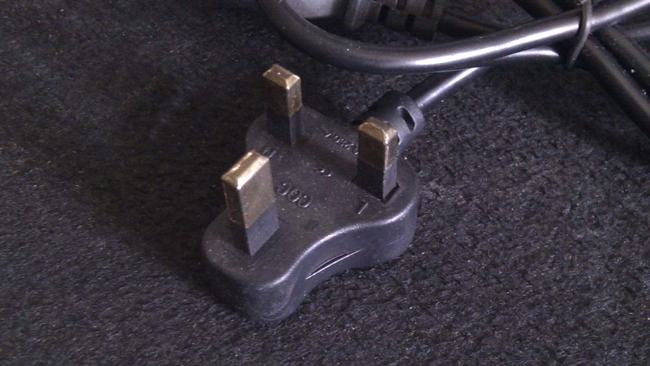 Replay: Here's another chance to read this article. We assume an awful lot about the safety of the equipment we buy. With online sales, many of us are turning into personal importers, making us responsible for checking the safety of our products. Read this. It could save your or someone else's life!

Owning equipment is often a thankless task. Quite apart from the cost, the incessant obsolescence, and the harsh reality of storing flight cases under the bed, there's also the vexed question of exactly which investments will repay themselves most effectively, how one's clients will react to particular pieces of equipment and, of course, the issue of avoiding violent explosions. This, although we're not intending to turn Red Shark into one of those scary public information films with the screaming schoolgirl and the screech of tyres, is a safety announcement.

Electrical safety is something that's become more of an issue with the advent of globalisation, internet ordering, and the mass import of goods by private individuals. It's difficult – in fact it's impossible – to inspect every package that an internet vendor dispatches from some far-flung corner of the globe, and the results are, well, situations such as this:

Our American cousins will chortle at the idea of a range of standards called BS, but this is an exceptionally bad attempt at a UK mains connector built – or rather not built - to British Standard 1363. We'll take this as an example, although badly-made and dubiously safe copies of Schuko, Edison and other connectors are also common. This is a particularly apt example, since properly-made BS1363 connectors are, if you'll forgive a bit of flag-waving, among the safest in the world. The standard specifies internal fusing, shuttered sockets, shrouded live and neutral pins, a mandatory earth pin (which may legitimately be plastic in limited cases), and a big, chunky design. They border on the indestructible and frustrate many people, your narrator included, who've attempted to mate travel adaptors to comparatively lightweight wall sockets in the USA. That's before we've even started talking about what happens when they're left on the floor, pins upright, to trap an unwary bare foot.

And this is a properly-made one. 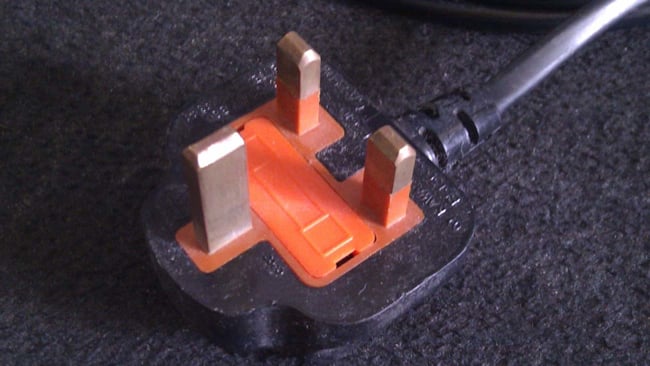 To anyone with even casual knowledge of the rules, the cheap import has three immediate problems with the dodgy plug. First, and perhaps most trivially, the plastic body of the connector doesn't have the required clearance around the pins. More seriously, the earth pin is shrouded, which it shouldn't be, meaning that the earth contacts in the wall socket may miss the conductive metal, potentially removing earth protection from the connected equipment. And finally, there's no fuse. Mains circuits in the UK are often centrally fused at at 32 amps, with the result that there's a bit less than 7.5kW theoretically available at each wall socket (though they're rated at 13 amps, a shade more than 3kW). Seven and a half thousand watts is enough for some pretty serious pyrotechnics, especially with something like a switch-mode power supply designed to deal with much less than a hundred. This is not a notional transgression against some petty rule, this is a seriously unsafe piece of equipment.

To avoid making this an article entirely about mains plugs, it does pose the question as to what sort of cable might be used by a clearly rather cost-conscious supplier on a cable assembly like this. The IEC connector on the other end carries markings suggesting a ten-amp maximum load. How much actual copper is there inside? Er, none. Well, there might be enough plated on to make the cores look like copper. I'd be slightly less alarmed by this if they'd been honest enough to leave it silver, but either way, I guess it might safely run a desk lamp. Probably.

Yes, this is just an example, and not so much intended to warn people off bad UK mains plugs as to suggest a degree of caution when buying things online. Of course, we expect this from the very cheapest internet auctions, but these weren't particularly cheap. The problem is beginning to infect equipment at all levels. It isn't impossible to find poorly-built gear from more or less anywhere, but the lion's share of the issue is clearly based on small-quantity imports. A few decades ago, people would invariably have purchased mainly things which were either made locally or imported en masse in a manner that's more easily inspected. Now, e-commerce has made importers of us all, and while it's difficult to blame enforcement organisations for the transgressions of the the bad guys, it's a shame more of this isn't caught at the border.