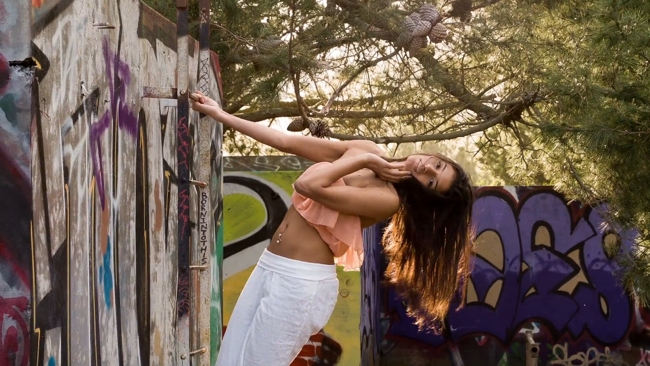 With a lot of focus shifting to the Blackmagic Pocket Cinema Camera last year and the Production Camera this year, it's easy to forget that the original 2.5K Cinema Camera is such a capable beast - and especially so considering its dramatic price reduction

Numael Dario sent us this clip shot with the BMCC.

What strikes us is that it's pretty sharp (despite Vimeo compression) and the colours are realistic (whatever that's supposed to mean with grafiti!). I guess what we mean by that is that they're bright yet subtle, and not artificially saturated.

It looks like this wasn't an easy shoot, with an element of backlighting from the sun, but there's detail in the blacks and shadows, and - apart from the sky in the direction of the sun - there's good dynamic range here (but what you do you think?).

Here's Numael's original production notes (from memory - he didn't write them down!)

"RAW 2.5K, Dynamic Range: Film, 30 fps, 400 ASA, 180 degrees shutter, 7,500 K light balance, (Cannot remember the iris opening, but ~ f 8).Lens: 24-70 2.8 Canon with B&W UV/IR cutoff filterWorkflow:Expose 1 or 2 stops above the camera's automatic Iris setting, because the model was in relative shadow. (Although the camera's 100% zebra option was very helpful, I wished I had a real histogram to refer to.)In After Effects, reduce the somewhat hot highlights to avoid clipping, and adjust the somewhat grayed-out blacks to obtain a bit of maximum black but without crushing the blacks.In After Effects: Color Correction: No LUT or auto color corrections. Only minimal (2 points) shift toward red in After Effects, to counter slight bluishness in the shadows. Essentially, there was no color correction.In After Effects: Render to full size ProRes(HQ), but uncheck the "Gamma Correction: Automatic" option"