What if the RED Dragon was a still camera? 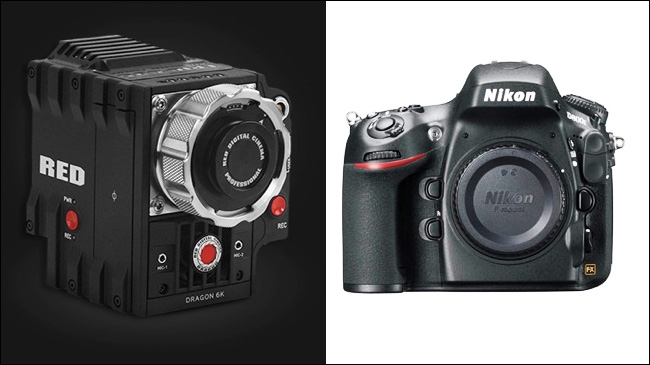 What if the RED Dragon was a still camera?

The technology in video and still cameras is converging, as still sensors become capable of video at very high resolutions. But why to some cameras cost 20 times more than others?

Anyone with access to the internet – which I suspect includes you -  will have noticed that it is currently abuzz with news that Red's most recent sensor for the Epic camera has recently done quite well in a competitive assessment against a number of DSLRs.

A step up for RED

On the face of it, it isn't necessarily that surprising – we shouldn't be surprised that the Epic outperforms cameras costing five or ten per cent as much money. It is certainly a step up for RED, whose first camera, to put it mildly, was not the quietest, nor did it have the widest dynamic range of its competitors, but it's worth asking exactly how these results were achieved. Any Bayer-patterned sensor can achieve increased sensitivity (and thus lower noise and greater dynamic range) by reducing the saturation of its red, green and blue filters, with the caveat that recovering normal colour then requires more extensive processing and risks greater noise. The point of acceptable noise is, notwithstanding the great professionalism of DxO Labs and their experience in this area, somewhat subjective.

But anyway, I don't intend to analyise the performance of the Epic here; what's really interesting about this situation is the convergence of stills and motion picture imagers. For almost as long as digital stills cameras have existed, they have considerably  outresolved and exceeded the dynamic range of video cameras. To some extent this was an issue of the difficulty associated with storing high-resolution images, as well as the tendency of camera developers to clip off highlight information with strictly-standardised Rec. 601 or 709 image processing; the introduction of low-contrast log-like modes into the Sony F900 was possibly the point at which alternative approaches became popular. But now, with stills sensors becoming fast enough to shoot video, and with motion picture sensors becoming sufficiently high in resolution to shoot stills, the sense of convergence in progress is palpable

One wonders how the F65 would have done in its 8K mode.