Opinion: Forward to the past - Is newer always better? 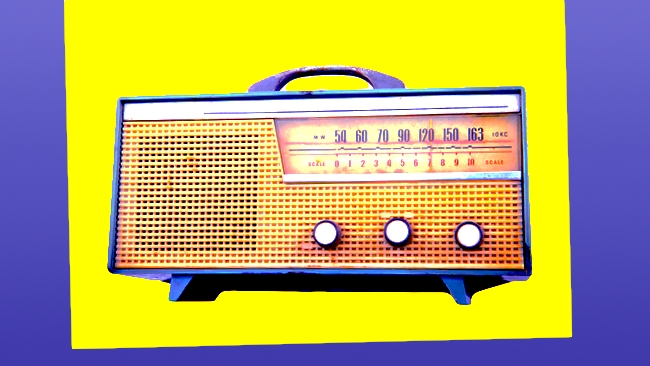 I have a theory about technology. We all get very excited by things which are new and then forget about the good things we lose when we ditch the old tech for the new tech. So I like to imagine what it would be like if the old inventions had come along after the new ones

DAB radio is a good one to start with. How about if FM had been invented after DAB? I think we'd all be getting excited about how the new FM radios were so much better than DAB – the batteries last 10, 20 times longer with FM; you can now have more than one radio on around the house and they all stay in sync; there's no real delay on broadcast, so you can set your watch by the pips (it’s a time signal broadcast in the UK where the last “pip” marks the exact time); they're so cheap to make you can just about give them away as freebies. And it's been rumoured by some people that the sound quality is better. Still want your old dinosaur DAB set?

Let's do the same with a Kindle – I've got a new product, called a book. It doesn't need batteries, you can flick back and forth if you want to check on something you read earlier, you can easily tell how much you've read, it looks great in your house on a kindle shelf and it's got a very realistic page turn. OK, maybe not the book over the Kindle, but how about....

A new way to gather video footage and also keep it for years afterwards. An inexpensive new system called Tape. With the Tape system, you get to keep your rushes forever if you like. There's no wrangling to do at the end of a tiring shoot, there's very little chance of wiping your rushes and they're dead easy to watch again on a TV set, straight off the shelf. In years to come we'll look back and laugh at the way we had to stay awake well past midnight copying the files with a laptop onto a fragile thing called a hard drive, then make another copy onto another hard drive, then hope that the hard drives would survive, and then keep those hard drives sitting in little piles on shelves, not really sure what was on them and losing track of how to view them again.

With the new system, tapes are given things called numbers which you can then record in a complex database called a Word Document. You locate a tape by searching the word document then walking to a shelf which has the tapes in order of the numbers. When shooting, if you get very disciplined, you can make sure you use a new tape each time (there's a handy wrapper on some of them to help you know it's a new one), so you never have the 'have I transferred this footage?' dilemma out in the field ever again. You can also use a set of tapes for one production and keep them separate from other productions. Once taken out of the camera, the tapes become archives of their own footage and can have metadata added to an easily available accessory called a piece of paper which can either be a label, or can be placed inside the box, as long as you've been trained to fold it to just less than the size of the inside of the case. Experts reckon that the cost of a data wrangler and all those hard drives will buy you more tapes than you'll ever need, and once the digits are on the tape they tend to stay there for years afterwards. Tape promises to be especially good for storing master recordings of programmes, with scope for these valuable items being kept in their own box, in order on shelving – a real advance over 'it's on a drive somewhere called Backup B but god knows what codec I used or what name I gave it'.

Reverse Technology works on lots of things. How about on a Dyson vacuum cleaner? Yes, the new Henry machine does away with the complex and outdated vortex vacuum method and uses ground-breaking fibre technology to trap the dirt in a revolutionary disposable container. This container slowly fills with the dust and dirt, but cleverly has more suction then the old 'vortex' cleaners even when full, by being more powerful in the first place. Well built, with cutting-edge tubes made of a material called metal, these vortexless cleaners cost remarkably around one third of the price of the (allegedly) temperamental Dyson plastic models, and the manufacturers are promising that they'll last for several years longer.

Try your own Reverse Technology ideas. It's fun and also makes you realise that 'new and improved' don't always go together.

Phillip Moss is MD of Small and Clever Productions based in Cardiff, UK,
and is a freelance Producer, self-shooter and Editor