Cuarón and the future of cinema 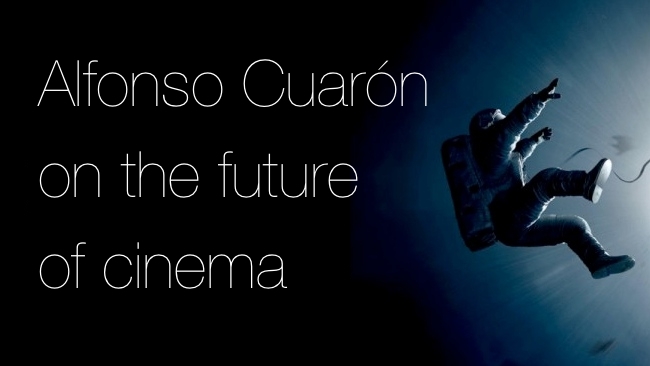 Alfonso Cuarón and the future of cinema

Alfonso Cuarón is very much a man of the moment, er, at the moment. So what does he think about the future of cinema, having pretty much single handedly summed up what we can to with today's state of the art in Gravity?

Gravity is the cure for anyone that says that 3D is a superfluous addition to the film making armory. It also takes CGI beyond realism, in one of the most complicated shoots in the history of cinema.

In the last few days, Cuarón appeared on Reddit, the user-generated site where popular internet sites and memes are up or down-voted and the most popular percolate their way to the front page. Occasionally, well known characters will offer themselves for an AMA (Ask Me Anything) where they agree to answer questions thrown at them by the ever-growing Reddit audience.

The future of cinema

You can read the whole discussion here but here, as a flavor of the proceedings, is his take on the future of cinema:

"There used to be only one paradigm: the experience of going to the theaters. Later on, that paradigm was dual: people would watch movies in the cinema and also on TV. Later on came home video and now we have all these different formats. There used to be only be visuals, then there came sound, and then color. Now we're making the transition into the digital formats where everybody can have affordable systems in their homes. What I believe is that, because of the new ways of production and distribution, multiple paradigms are going to be created. They are going to co-exist. Each one of these paradigms is going to constantly evolve and go in many different directions. I think all of this is very exciting because it's going to challenge our current conceptions of cinema in which the format of experience of film and/or the length are going to very diverse. "

And here's what he said about 3D:

"Like everything in the process of Gravity, it was not as difficult for me as it was for everyone around me. We worked for more than three years on the 3D aspect of the film and everything was planned for the conversion.

I love 3D and yes, I would consider shooting another project in 3D. I think 3D could be pretty amazing in a naturalistic drama."

Read what Astronauts think about Gravity