Coveted by top movie makers, this is how Cooke makes their lenses 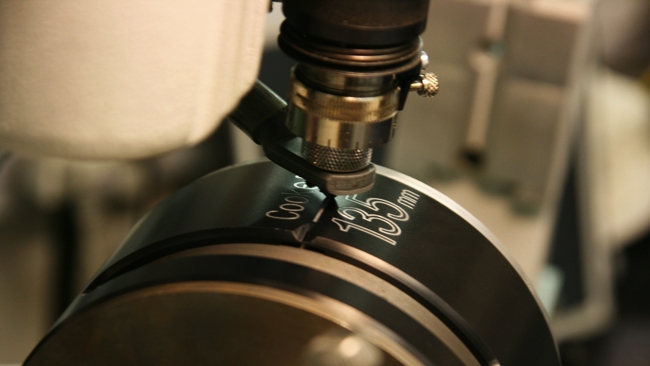 RedShark Replay: Cooke lenses are coveted by top-end movie makers and any serious filmmaker that can afford them. Here's how they're made.

The last few years has seen an explosion in the availability of big-chip digital cameras, but I won't surprise anyone by saying that this ostensibly welcome development has not resulted in a similar increase in the availability of quality lenses. From dedicated digital cinema devices such as Canon's C series and single-digit Sony F cameras, right down to DSLRs with APS sized chips, the need to land a reasonable image on a sensor that is, at least very broadly, the same size as a 35mm film frame has never been more important. As I've written for this site before, this has led to huge increases in price for even rather everyday lenses.

On the other hand, if you're a manufacturer of lenses that aren't quite so everyday, this immensely broadened market can only be a good thing. Such is the case for venerable British lens company Cooke Optics, who have been making things that throw photons at light-sensitive objects since – and this is a legitimate claim – 1886. The name springs originally from T. Cooke & Sons, a York company which in the 1890s employed designer H. Dennis Taylor to produce a lens which could avoid the edge softness typical of still photography lenses at the time. The resulting design, the famous Cooke Triplet, was licenced to Taylor, Taylor and Hobson, who marketed lenses under the Cooke name, and via various acquisitions became the company that exists today.

Cooke manufacture lenses in Leicester, England, in a factory which employs 90-plus people, almost exclusively in highly skilled roles. Metalwork is done out of house, but all of the grinding, polishing and coating of glass is done on site, in a process that uses both computer-controlled machine tools and traditional techniques. Below, we'll follow a piece of glass all the way from arrival at the company, through the manufacturing process to assembly and test. 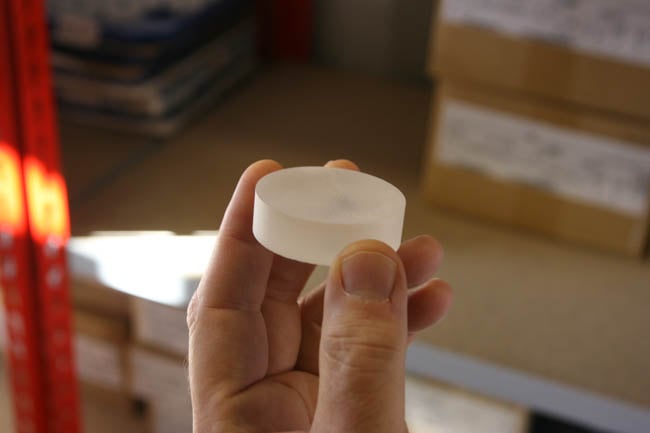 Optical glass is supplied in a wide variety of types. The famous “Cooke look” could, to do the lenses a great disservice, be briefly described as warm and friendly with faintly amber flares, perhaps greater shadow detail without any hint of an excessive loss of contrast. This behaviour is not, as is widely assumed, controlled so much by lens coatings as it is by the selection of glass, and the company keeps dozens of types. Most glass is minutely coloured to some extent. A certain well- known filter manufacturer famously uses a type which is – very, very fractionally – green, as is normal window glass, and each of the many elements in a lens may be made of a different type to control the appearance of the resulting image. 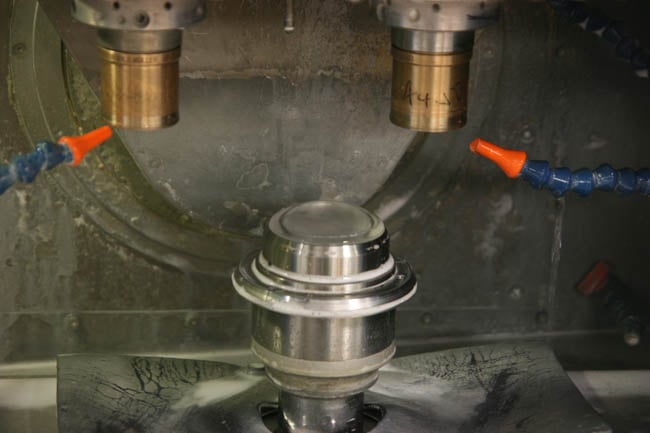 Grinding removes the majority of the material from a raw piece of glass that's required to achieve the overall shape of an element, either on one or both sides. The surface of an element may be either spherical, in which case the surface is a section of a sphere, or aspheric, in which case there may be no simple description of the shape. The finish created by grinding is, as anyone who's used a film camera viewfinder knows, somewhat milky and opaque. These lens elements (below) must be polished both to achieve a usable optical surface finish, and to achieve their final, high-precision dimensions. 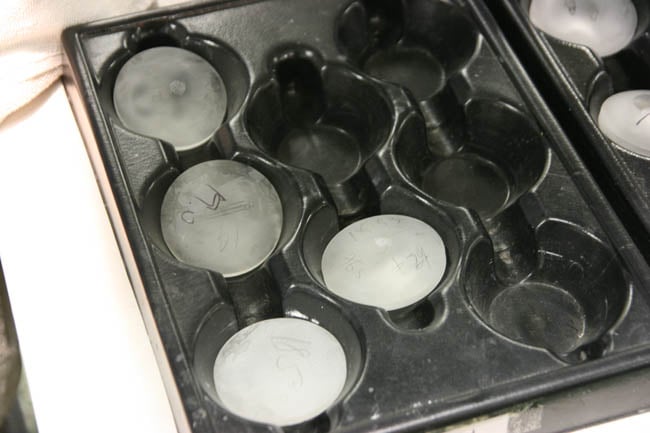 The position of polisher at an optical company is one that currently requires a five-year apprenticeship, and in the words of company owner Les Zellan, “for the first three you don't know if they're going to be any good.” Apparently this is enough to make recruitment difficult even in the current economic circumstances, which seems a shame in a country which desperately needs this sort of high-end manufacturing work. As such it's perhaps not surprising that some polishing at Cooke is automated, although skilled human intervention is still required. 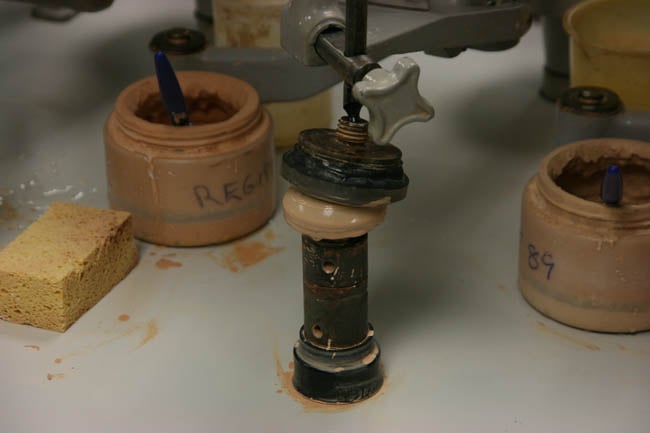 Manually-monitored polishing (above) involves decades-old machinery, still driven by leather belts, and a judicious eye. The glass component is held down with pitch (yes, the black stuff used to make roads). Regular checks on the dimensions of the part being worked on can still be frustrated by “spring”, the tendency of the glass, which is minutely flexible, to be pulled fractionally out of shape just by the tension of being stuck down, such is the precision to which this work must be done. The polishing device, which controls the final shape, will wear and will need to be periodically refurbished. 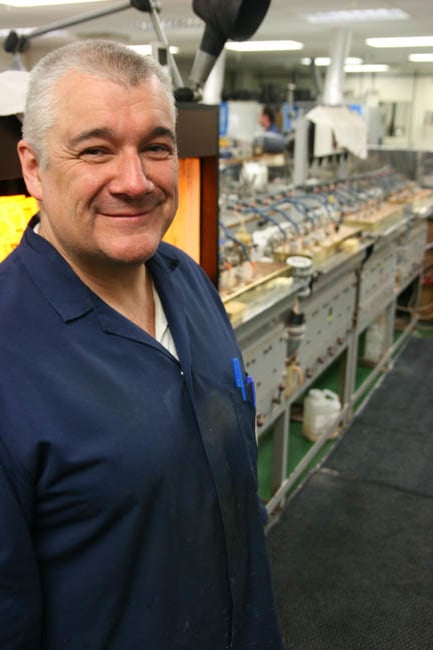 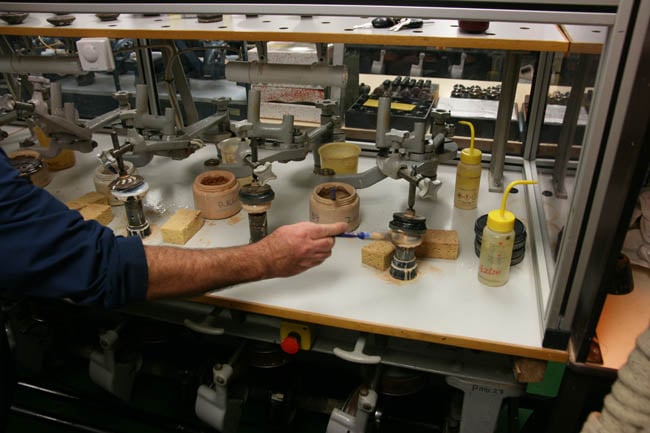 Once the surfaces of the element have been polished to final dimensions, they are coated with metallic compounds to control reflectivity. An uncoated element reflects some single-digit percentage of the light that strikes each surface (including internal glass-to-air surfaces), hence the difference between T and F stops, but with modern lenses using perhaps tens of elements to allow refractive errors to be controlled, this problem must be controlled to avoid excessive light loss. 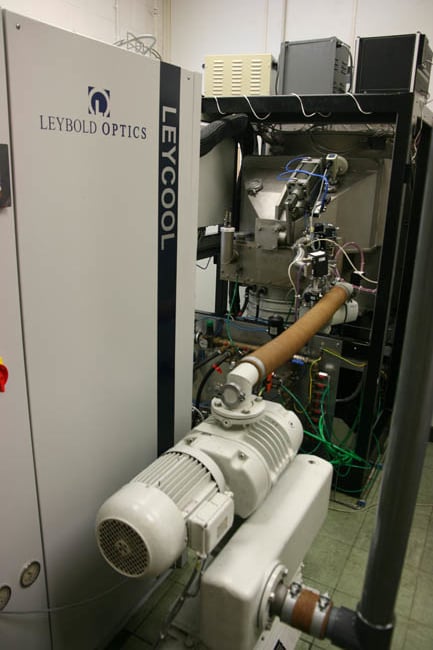 This is the back of one of Cooke's coating facilities (the front is just a heavy door). The process takes place under high vacuum; the device at the bottom of the picture is the vacuum pump, and the cabinet to its left the required cooling hardware for the pump. In the chamber itself (top right), metal is evaporated by electric arc and allowed to settle on the surfaces of the glass. The elements themselves are continuously rotated on an armature within the chamber to ensure even coating. This is a thin-film deposition process not dissimilar to that used for things like semiconductor manufacturing. 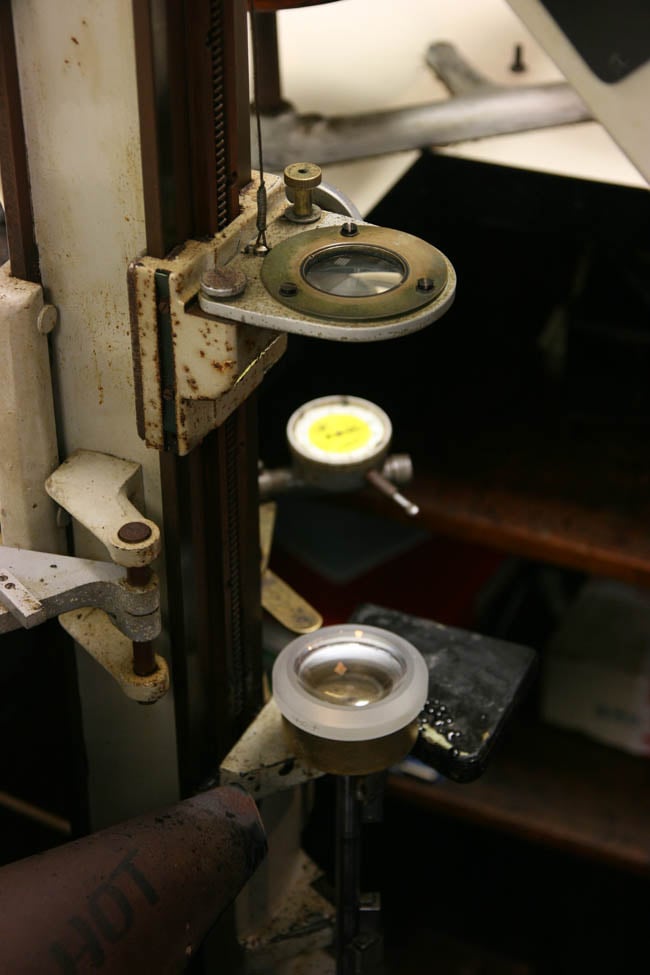 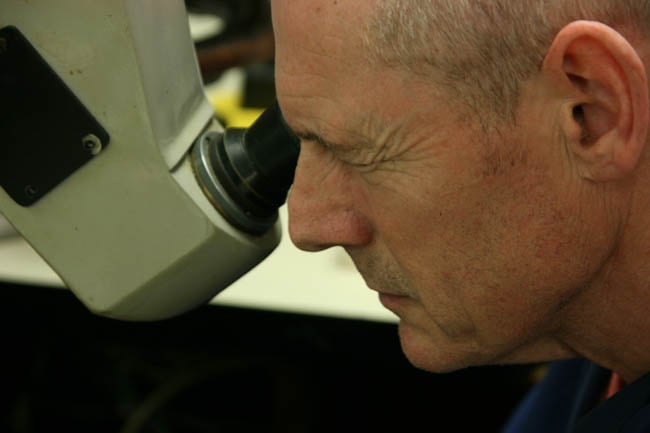 Once the surfaces of the element are finished, the exact centre must be established in order that the edge can be ground to fit the mounting components inside the lens barrel (above). The element is mounted to a heated brass chuck, again with pitch, which is rotated under a microscope to allow the optical centre to be precisely determined. The edge is then ground to shape using computer- controlled machine tools. 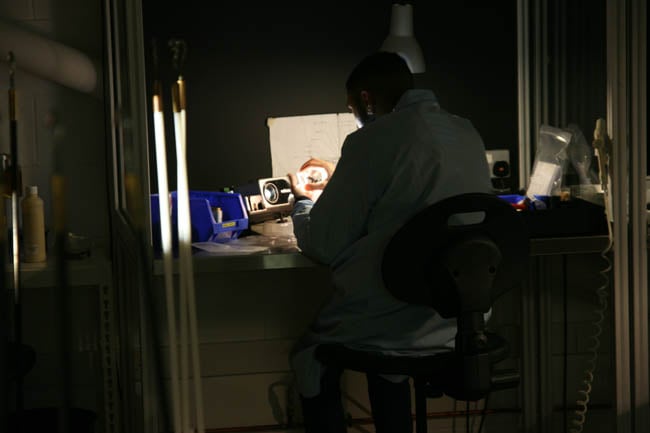 Assembly (above, in its final stages) can take anything from a few days to a week and a half, depending on the complexity of a lens and the particular tolerances of that set of components. 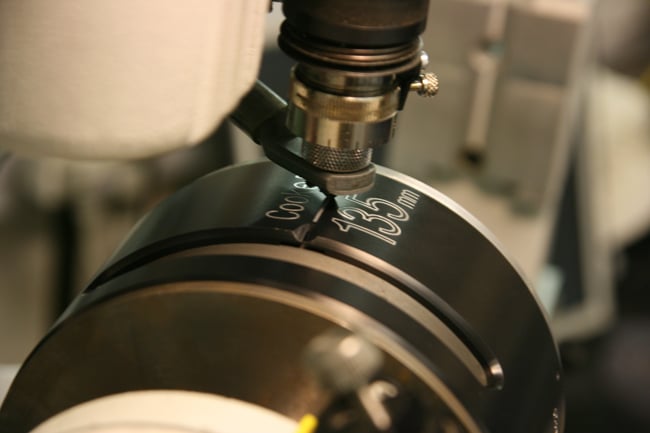 It will always involve several trips back and forth to the lens projector (below) in order to adjust the position of the elements, both by rotating them against one another and by inserting shims to achieve the best possible optical performance in terms of geometry and aberration. 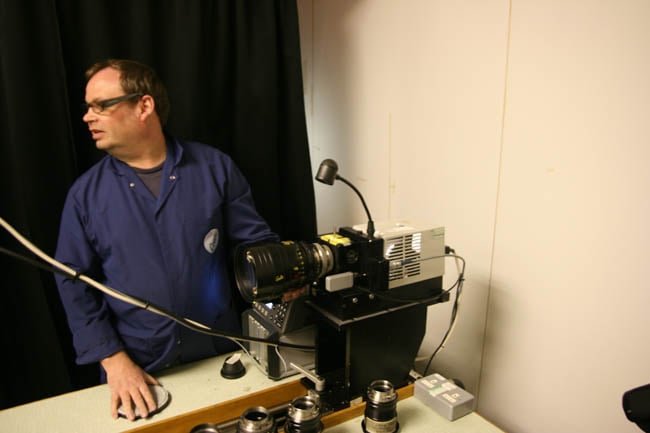 Lens technician Richard Lee evaluates the performance of a lens during assembly.

Finally, the lens must be characterised for its focus distances and the scale engraved. This is done using a lens projector mounted on a sliding track. Since depth of field at the very low f stops of modern lenses can be measured in single-digit millimetres, the precision required here is very high. The engineer observes the projected pattern with a magnifying lens and the distance of the projector
from the screen is calibrated before each use. 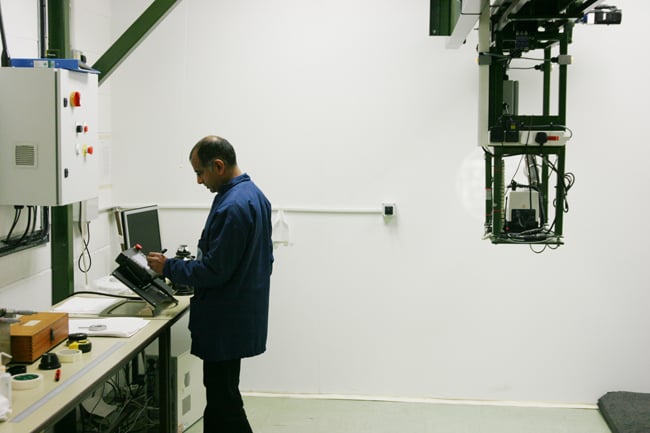 From its invidious position in the 1990s as a failing part of the Rank empire, Cooke has made not only a convincing recovery but has become a resounding success. It is difficult to overlook the fact that the sudden explosive growth of digital cameras and their thirst for good glass has been of enormous help here, but there's no reason to believe this is likely to end any time soon and the future looks bright. Particularly, the approach of Cooke to producing lenses with “personality” has gone down well with directors of photography desperate to take some of the harshness out of perhaps rather bland and inoffensive digital images. It's possible to criticise this approach, of course, inasmuch as a look built into a lens is permanently a part of every image it shoots, and Cooke's warm, friendly pictures might not be suitable for every circumstance. Even so, there's one man whose opinion we should probably give at least some weight to – and he's only a foot tall. 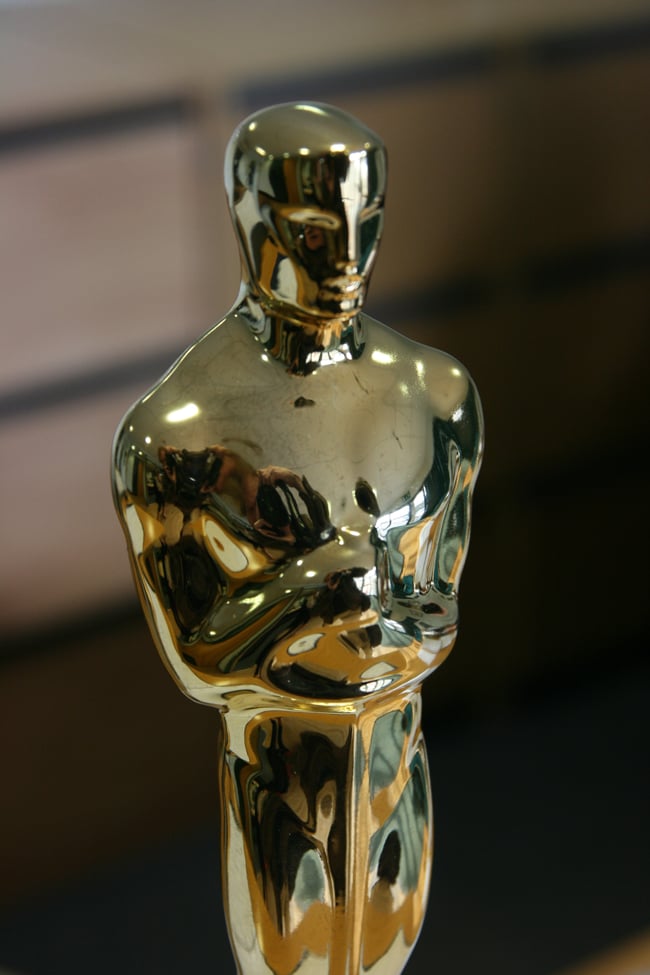