Opinion: Camera Ergonomics. Which is better: ENG or Film Style? 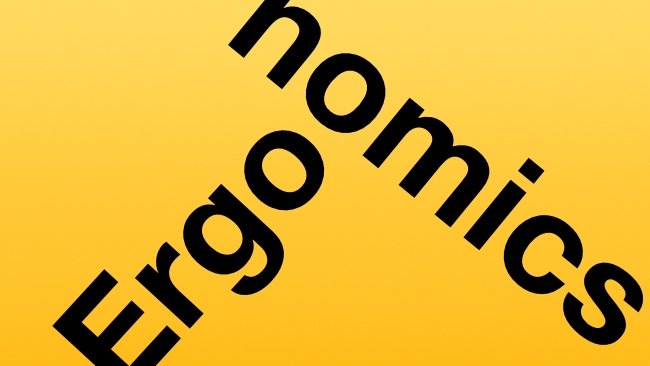 What's the best shape for a camera? Phil Rhodes has some strong views

When I was just getting out of what I like to refer to as the Super-8 period of formative camerawork, I remember receiving a stern lecture from one of my elders on the subject of ergonomics. No good, I was told, were the news-style cameras I coveted, with their shoulder pads and quick-release plates and lenses with handgrips. Instead, I was advised that the easiest types to handle were 16mm film cameras, and an Arri SRII was plonked onto my shoulder to demonstrate. The SR without accessories has a base shaped like a sharp-edged metal housebrick and is invariably used with lenses that have too much rotation to pull from the barrel in like manner to an ENG camera, regardless of how easy it is to find focus on a 16mm-sized imaging area (and 16mm isn't that much larger than 2/3” video. Video at the alarmingly common stop of f1.3 is about equivalent, in depth-of-field terms, 35mm at f4, and that's not an abnormal shooting stop).

There was no start/stop button under my thumb and no easy way to support the front end of the camera other than just by grabbing the rods. More than that, most of the 16mm cameras which I've found are actually used on independent productions are from the cheap, super-16 conversion of an SR1 end of the market, which may imply extremely iffy view-finding and a variety of uneasy squeaking and grinding noises during shooting.

So, my initial impression was and remains that the received wisdom about camera ergonomics can be a little unreliable.

I appreciate that this analysis will inevitably raise a storm of protest, so I shall acknowledge at this point that effectively all cameras, right down to DSLRs, can be accessorised into a configuration which is reasonably usable from the shoulder, especially if they can be used with B4-mount lenses perhaps via an adapter such as Abel Cine's HDx35. With regard to view-finding and general mechanical flakiness issues, the plummeting value of 16mm gear means that even quite modestly-budgeted shows can now afford a well-looked-after SR3, inasmuch as any budget capable of supporting a film shoot can be considered modest. Aaton's cameras have long been designed with ease of handheld use in mind. But my purpose here isn't really to disparage 16mm, it's to point out that the long-established shape of an ENG camera is both effective and quick, in the sense that it isn't necessary to strap a load of accessories to the camera to make it shoulder-mountable but it can still be used quite easily on a crane, tripod, dolly, or other support device with few downsides. Arri apparently agree, given the existence of Amira, though Amira will always be a reasonably large, heavy ENG-style camera.

Things aren't entirely perfect. Short-rotation ENG lenses may require different gearing for follow focus, although this is becoming less and less an issue in a world where programmable electronic remote focus is commonly used. Accessories such as timecode and radio mic receivers, downconverters, transmitters and other electronics (all of which may be simultaneously required) often mount on the back of the camera, either between the body and the battery or latched onto the back of the battery. ENG-style cameras can become rather long and unwieldy in a space-staved interior location. But that's not an absolute requirement, and alternative layouts can often provide nowhere to mount these things at all.

I must reiterate that I expressly don't intend this to be an article bashing film cameras. What I'd like to see is the classic Betacam layout being used more by manufacturers of digital cameras at both the high and low end. A case in point would be the Sony NEX-EA50, which I reviewed a while ago, which took this approach to some extent and was much improved by it. Fine, it isn't always possible to ape bigger cameras perfectly, given size, weight and cost goals. Quick release plates compatible with the near-ubiquitous Sony VCT-U14 (which can, with adaptors, be used on any camera) are expensive and proper manual lenses are going to remain unaffordable in cheaper camera packages for the forseeable future. Either way, I'd like to see this done a lot more.

In the meantime, we must console ourselves with the burgeoning accessory market and rely on companies like Tilta and their BS-T03, a surprisingly affordable baseplate that provides not only VCT-14U-compatible quick release mount, but also a shoulder pad for handheld use and a set of rod mounts. It's easy to find a thousand companies who'll sell you all manner of accessories, and by the time you have enough bits and pieces bolted together, you can end up with something pretty usable based on anything from a DSLR up. It's great. But it would be nicer to see more of it built in.