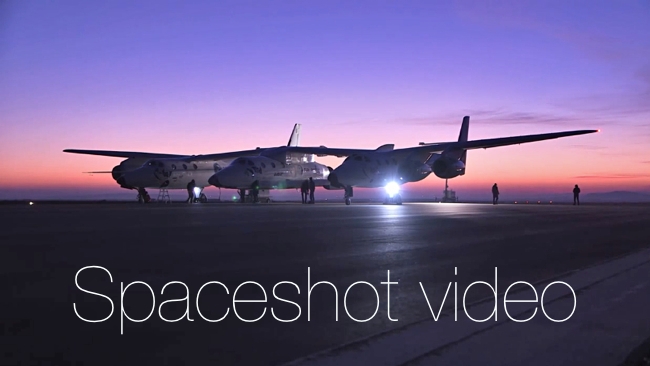 If you ever needed any proof that we're living in the future, here's a short video of Richard Branson's spaceship, offering trips into space to private passengers for a mere 299 Bitcoins (Bitcoin price may vary!)

Am I alone in finding it hard to believe that I'm writing this? This is an article about a private space company, with a network of "Space Agents" around the world, who will gleefully relieve you of $250,000 in exchange for a short flight into space, where you will experience weightlessness, unparalleled views of the Earth, and the biggest acceleration in your entire life!

My sense of unreality is actually heightened when I look at the spacecraft. It's a plane, obviously, but it's got three bodies. The outer two hulls carry the middle one to a height where it can separate and launch its single rocket motor and climb into space. Then, it floats back, landing with all the nonchalance of a Boeing 737, on any available airstrip.

I really think that this phenomenon, a private space company with a Sci-Fi airplane/rocket-thing, shows more more clearly than anything else I've seen (that doesn't involve war reporting!) how quickly video can jolt us into a new reality.

Watch: The most exciting space rocket shots ever - taken from an unmanned HD drone!