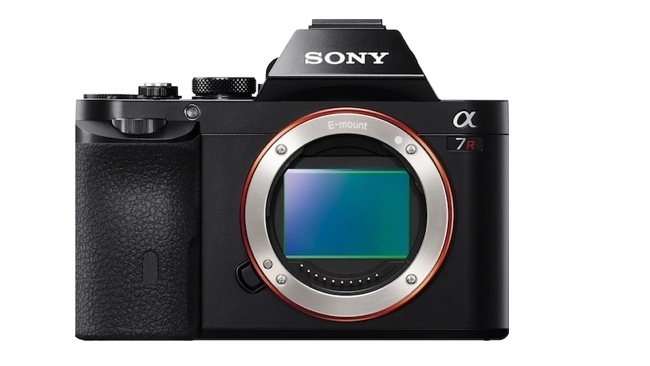 Sony releases the A7 and A7R mirrorless full-frame cameras

Until now, if you've wanted to shoot with a full-frame sensor, your choice was limited to DSLRs - the EOS 5D Mk II was the first example that could shoot video, although the Mk I had a full-frame sensor as well but could only shoot stills (not unreasonably for a "traditional" still camera!).

The new Sonys could be considered to be game changers. Because they're mirrorless, they are smaller. With no secondary optical path necessary for an optical viewfinder, much of the bulk disappears.

Many photographers used to optical through-the-lens viewfinders may see electronic versions as inferior but by using a very high pixel-count OLED viewfinder, Sony has done as much as it possibly can to allay these objections.

The two cameras are externally very similar. The big difference between them is that the A7R has a 36 megapixel sensor (some say it's the same one as in the Nikon D800) while the A7 only (only!) has a 24 megapixel imaging chip. The bigger sensor comes without an optical low pass filter, whereas the smaller one does have an LPF.

As far as video is concerned, we're told that both are capable of 1080p/60 and 1080p/24, with an "uncompressed" output over HDMI. This is confusing, because HDMI can't carry compressed video. What we hope this means is that there is no viewfinder clutter in the HDMI output which will allow these cameras to be used with external recorders.

We'll be putting these cameras through their paces as soon as we get them. Meanwhile, here's two places where you can go for in-depth hands-on previews: