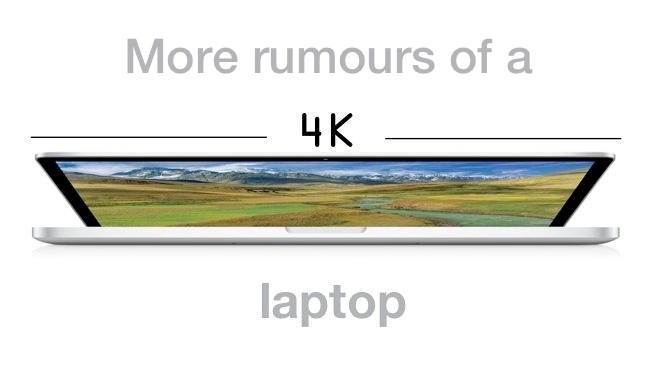 We may have started this rumour, but there's more evidence that a 17" 4K MacBook Pro might be about to arrive. This is pure speculation, but it's not completely outrageous.

Several computer news sites have been reporting that Apple is going to switch to using Sharp's IGZO displays, which are apparently capable of 3,480 x 2,160 resolution: 4K, ish, in other words.

We think this resolution would only make sense on a 17" laptop, although that doesn't seem to stop smartphone manufacturers making Full HD 5" smartphones. If you put 4 of these phones together, you end up with a 10" diagonal display with an aggregate resolution of 4K.

Pointless, yes, but small displays with such a resolution would look absolutely gorgeous.