The world's first commercial video recorder. Spoiler: it's bigger than a smartphone 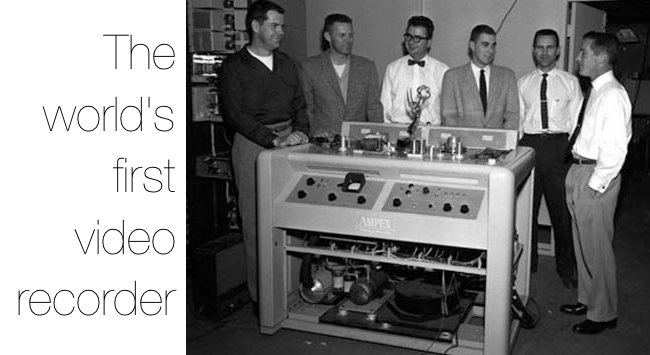 You wouldn't want one of these in your living room

There's a lovely site called Retrothing that is perfect for a wet Sunday afternoon read. It's all about the greatness of recent, and not so recent, technology.

There's not much you can say about this Ampex machine, the VRX-1000, except that it was a groundbreaking device: the first to sport rotating heads to give a high head-to-tape speed even though the linear speed of the tape was manageably low.

It was, or course, the ancestor to generations of domestic and professional video recorders, and it's a technology that's only been replaced in the last decade, to the relief of many, but with more than a tinge of sadness too.

Retrothing also points out hat the guy on the far right of the picture is Ray Dolby, who was a co-inventor of the technology. He died on September 12th this year, but will be remembered much more, we suspect, for making Compact Cassette tapes sound much less terrible.