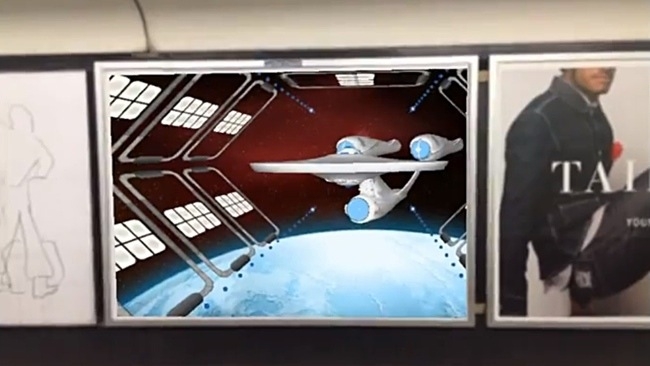 A new development in tracking 3D objects and environments has hinted that the end of green screens could be in site.

13th Lab's 3D tracking system uses a single 2 D camera to allow their software to reconstruct a 3D model of the scene and objects in it. It then uses this model to place virtual 3D objects in the scene.

The Video below shows how it's possible to pick an object - in this case a poster at a railway station - and replace all or part of the surface of it with moving video. The position of the video is tracked in 3D space, which means that the software can insert other images, even moving, 3D models, into the space. It can even locate the models outside the original tracked poster.

This may not look much, based, as it is, on consumer smartphone video, but it's a huge achievement, and it might well have big knock-on effects for the movie and TV industry.